UPDATE:  And we have video of “the most famous cheerleader in America tonight.”

Cam is back from his Super Bowl celebrity circuit, back to being a normal college student. How normal? Leading cheers in the student section at Auburn’s basketball game against Alabama normal, and blessing the student section with the spirit to energize the team to a 49-37 over the Tide.

“I hate to admit, but I paid attention to the crowd,” Allen Payne said after the game. “I knew he was there.”

“I wish I would have known he was here,” Barbee said. “I would have put him in the game.”

Here’s video of he and his players talking about their secret secret weapon.

Here he is rah-rah-rahing Phillip Marshall in the face: 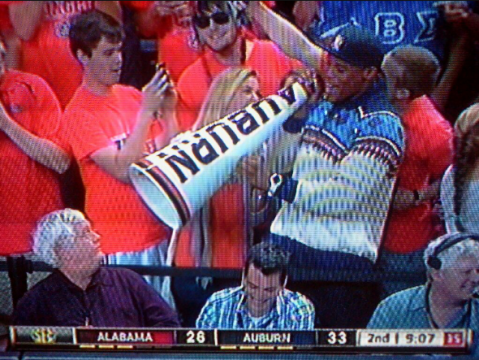 He was the celebrity ‘N’: 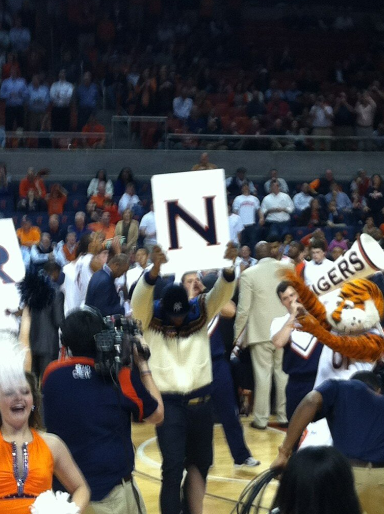 And here he is court side with Gus: 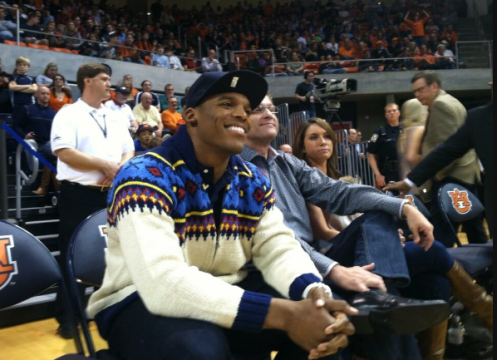