You hear stories about Terry Beasley, who sadly paid a hefty price for football immortality—the 18 concussions over the course of his college and professional career resulted in closed-head injury syndrome—getting knocked out during games. But you maybe thought the whole “had to drag him off the field” thing was just colorful description. 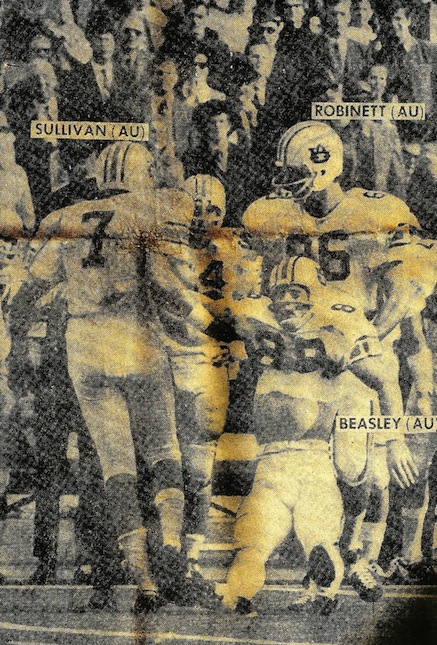 Nope, there’s Pat Sullivan and Robby Roninett dragging Beasley off the field after taking a lick—over-the-head, over-the-middle, dude was fearless—during a 1970 game likely at Legion Field in Birmingham. It’s kind of hard to look at it.