It’s pathetic, I’m sure, but receiving original Loveliest of the Plains photos is one of the genuine thrills of my life. So join me in thrilling to the sight of lovely Charlene Davis (another War Gam Eagle!), the Sports Spectacular (a Loveliest of the Plains supplement that made the Plainsman twice as lovely for several years in the 1960s) for the Sept. 25, 1965 issue of The Plainsman. According to the caption, she’s reading a copy of the Neel-inked “Auburn-Houston program despite the fact that numerous boyscouts (sic) are peeping over her shoulder.”

After posing for this photo—who came up with this? $5 its a Mauldin—I think it’s safe to say that they’re manscouts (sick). 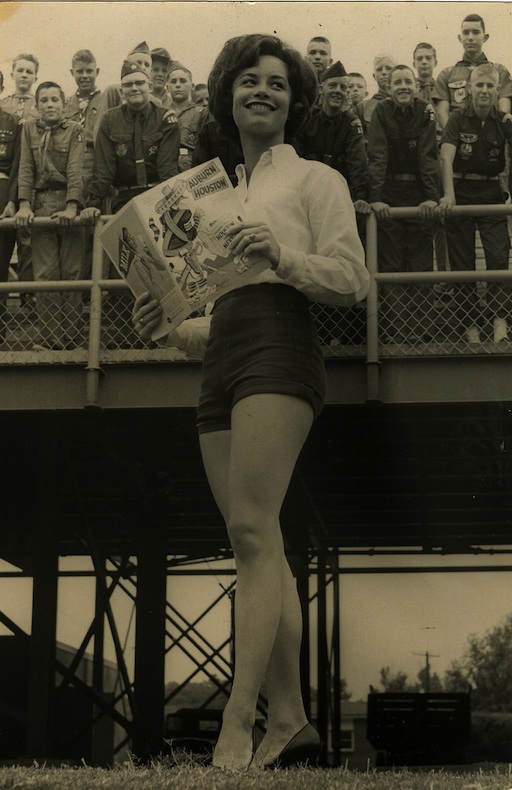 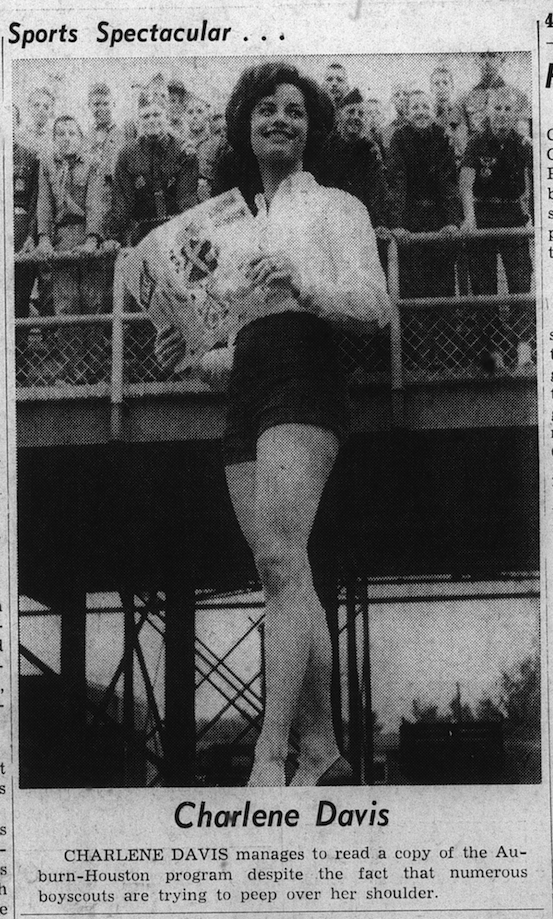 Previously: Auburn coed Betty Hughey was the Katherine Webb of 1958.