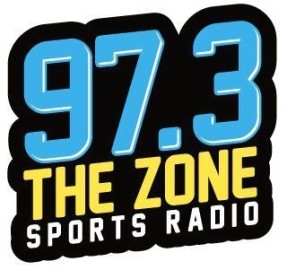 I wrote about Paul Finebaum and the changes that might be on the horizon as his contract with Citadel/Cumulus broadcasting comes to an end. But where Birmingham sports radio is concerned, expect more.

In particular, ESPN 97.3 the Zone, the station that had been trying to lure Finebaum from 94.5 WJOX, is itself up for sale by its parent company, Cox Media Group. Like Finebaum’s contract, a big change for ESPN 97.3 is likely to be announced this month.

To understand the reason behind the sale, you need to also grasp how media companies, and the FCC’s approach, have changed. This is no fire sale by a company desperate for cash.

Instead, as Birmingham radio veteran Bill Thomas points out, Cox, as a multimedia company that is predominantly newspaper and television-oriented, is selling radio stations in the six markets where the company does not own TV stations or newspapers. The other five markets are Louisville; Greenville-Spartanburg, S.C.; Richmond; southern Connecticut; and Honolulu.

Not so long ago, the FCC was reluctant to allow a company to own more than one media property — newspaper, radio station or TV station — in a market, to ensure a variety of viewpoints in every market.

But that was before the Internet, which has created both a wider spectrum of voices and a more difficult financial setting for traditional media. So the FCC has relaxed its reluctance, and media companies like Cox — seeking every marketing advantage they can — are looking for multimedia ownership in top markets.

The only person to publicly announce an interest in buying The Zone 97.3 is David Dubose, Cox’s vice president and market manager for Birmingham. He has put together an investment group, Summit Media, that has submitted an offer.

Dubose would not comment on the chances of Summit’s bid being accepted, but it seems to have a lot going for it, for several reasons.

First, the bid is for all of the stations in all of the markets. That certainly makes for a cleaner transaction for Cox.

Second, Dubose himself is also a strong advantage to the offer — particularly in Birmingham. He and a couple of business partners launched two of the city’s most popular stations — 95.7 Jamz FM and 98.7 Kiss FM — in 1996, selling them to Cox two years later. He has been with Cox since.

Don’t think that 97.3 the Zone is the jewel in the crown for this deal. “The Zone is one of many stations in the Birmingham group owned by Cox, but is still in its start-up phase. WZZK, Jamz (WBHJ) FM and Kiss (WBHK) FM constantly rank as the three most highly-rated Cox stations in town,” Thomas said. “They are the most valuable properties.”

But sports fans are more interested in Bama than Bieber, so the news that 97.3 the Zone was for sale so soon after it announced its interest in Finebaum might have seemed a bit contradictory.

Not to worry, according to Dubose. The Zone will be around for a long time, with a continued emphasis on local programming. “We frankly think that as radio is beginning to evolve, those stations that are best positioned to perform well into the next decade have strong local content,” he said

For 97.3, that includes programs like “Eyes on Auburn,” a two-hour weekly program on Tuesday nights featuring Justin Hokanson of AuburnSports.com and former AU football player Rob Pate. The station has also made a heavy commitment to high school football, with live broadcasts and a statewide scoreboard show.

Sports fans who prefer to hear Colin Cowherd making it up as he goes along, or Mike and Mike talking over each other, can turn to 107.3, which broadcasts ESPN’s national programming.

The other choice for sports fans, WJOX 94.5, has also been upping its game. After losing ESPN to 97.3 the Zone, the station and its parent company, Citadel/Cumulus, announced a partnership with CBS Sports Radio. CBS has been increasing its profile within sports radio, and Birmingham is one of many stations that have added its programming.

As of this week, CBS Sports Radio is providing content 24/7, adding names like Doug Gottlieb, Jim Rome, and John Feinstein. So Birmingham is one of many cities that can benefit from a lively ESPN/CBS content rivalry, locally and nationally.

That is just what the FCC was hoping to promote with its earlier ownership restrictions, and demonstrates how, in today’s fragmented media content world, the competition is there.

One final note, and it relates to the CBS Sports Radio network: Rachel Baribeau, a 2003 Auburn RTVF grad has just moved over to the CBS Sports radio station in Atlanta, 92.9 The Game, co-hosting an afternoon talk show, “Game Time,” with former Steelers QB Kordell Stewart and veteran broadcast Carl Dukes.

Baribeau had been co-hosting an afternoon talk show at 97.3 the Zone, but accepted a new position in the Atlanta market a couple of months ago.