I was there, maybe you were too (news stations estimated between 20,000-50,000). There was this rumor that Rolling Stone had it in their 10 Hottest Places to Ring In The Millennium list or something. I think I even went up to Hastings (was Hastings open then?) to check if it was true. It totally wasn’t.

I remember it being kinda hokey, with the ball drop actually just being a cardboard box only half opening to a ball inside, but Google around and it seems people remember it fondly. And I’m not going to lie: this photo (I’m not sure from whence it came — assuming it’s a Cameragraphics shot — but I know there’s a giant print in the lobby of the Charter Bank on University) makes it look kind of awesome. I guess I couldn’t see the party for the apocalypse.

There were two countdowns. My half of the crowd (E. Magnolia) was still in ’99 for, like, five seconds or something. I swear I also remember a SWAT team totally taking out some guy on top of Toomer’s Drugs. Did anyone else see that?

I remember going home to our house on Payne Street that was torn down a couple of years ago and seeing that Jennifer Lopez “Waiting For Tonight” video. The next morning I was still alive and back behind the counter at THE Subway (inside Chevron on S. College with my flesh-colored wedding band??) and watched a dude walk up and use the ATM. It didn’t eat his card or kill him. The lights didn’t go off. He got his money and walked out. And that’s when I knew everything was going to be OK, I guess.

UPDATED: Turns out those Gloms past the late 80s are good for something after all. Here are some photos coming from the 2000 Glom. That crane that dropped the ball? Well, it was apparently a tiger. With glowing eyes. 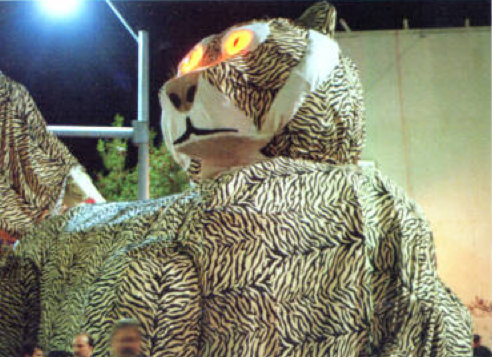 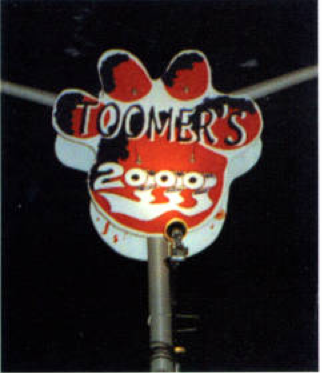 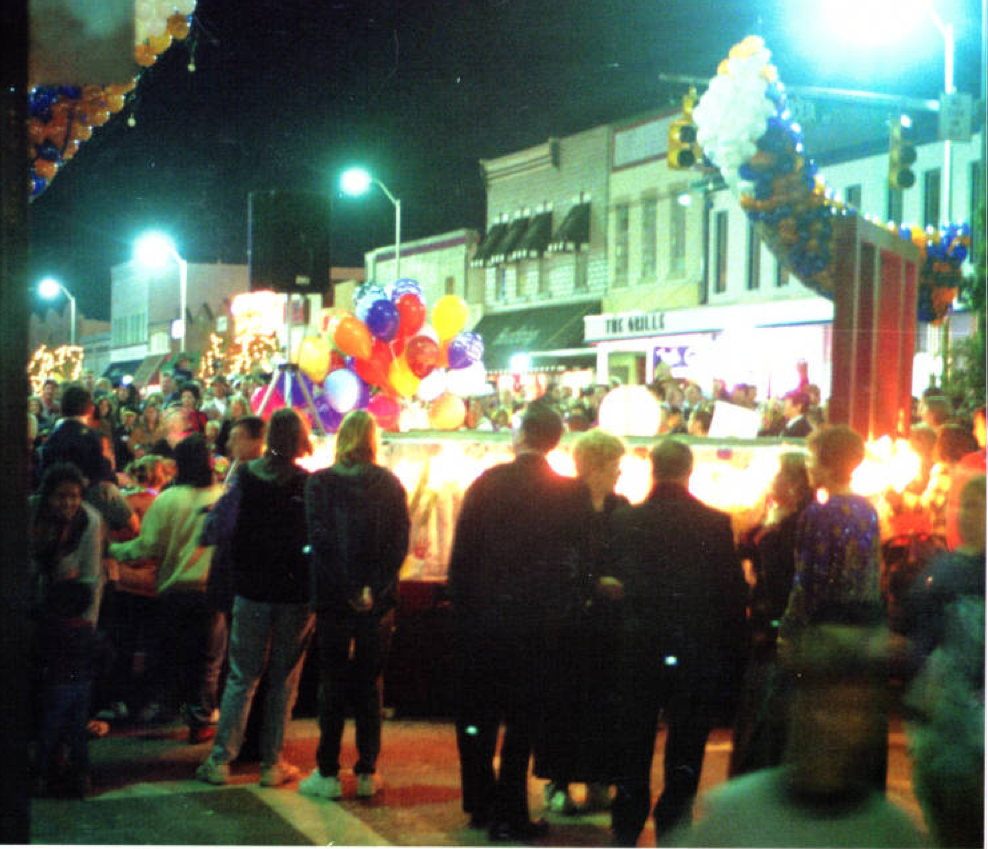 “Not only was I there we dropped 2000 balloons on the crowd and about 500 were released into the sky. At the time our shop was on Magnolia ave (now we’re on Gay st) so we walked the huge bags of balloons down the street. it’s still one of the only criss crossed air filled street drops on record in the balloon world. Thanks for the memory.”