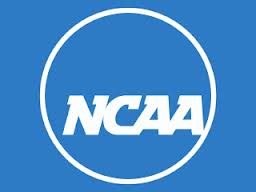 The recent media frenzy about NCAA investigators asking questions about Auburn’s football program prompted the repeated chorus of “Auburn is the cheatingest bunch of cheaters in college football” from around the region.  As we pointed out last year after Auburn was cleared in the Cam Newton investigation, Auburn is not a frequently punished cheater in the modern era.  Auburn has not been found guilty of a major NCAA violation since 1993 – since the Eric Ramsey case at the end of the Pat Dye era.

This website  [https://web1.ncaa.org/LSDBi/exec/miSearch  ] is the NCAA Major Penalty Infractions Database.  It is easily searchable and provides all the details of NCAA investigations and penalties.  Since current high school seniors were born in 1995, we searched from 1995 to now, for all SEC football teams.  The results are detailed below.

So if you disagree with the data below, that is fine – just know that it is fact.  It is not opinion or internet rumor or “I heard on the radio” garbage.   These are the real cases where the NCAA has conducted investigations and found schools guilty.  You can draw your own conclusions.

Number of Times SEC Schools have been Given Major NCAA Penalties Since 1995: