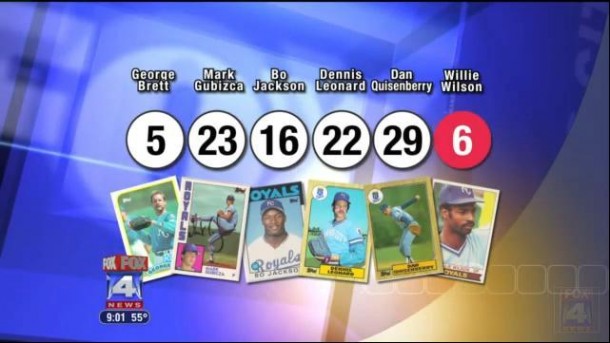 Bo Bo Bo. You’ve let Julia Roberts play alongside you in a movie because you’re the greatest multisport hero ever. Documentarians study you. You’ve saved us from tornados. Because being Superman is no longer a challenge—seriously, you school Superman and reduce Dean Cain to hoping for a rebound. (And OBVIOUS goaltending, which is why he only appears in Lifetime movies to this day.) When you can refer to your iconic character in the third person, not ironically, but humorously, and it still works after all these years, you’ve lived a charmed life. And when you turn 50 in your charmed life, you might look for another challenge.

Because, really,  when you’ve been here, you look for any odds that might seem imposing.

So, yes, the other Powerball winner, up for half of $587 million, used some famous Kansas City Royals numbers. One of them had to be Bo’s old number.

Related: Bo and his biggest fan in Japan