It was another of his rural-referencing pre-Iron Bowl digs at Auburn, or as Sports Illustrated called it “another slur on Auburn’s agricultural heritage.”

Alabama Rep. Barry Mask (the first Aubie): “What happened was, the week before the game, Bear Bryant said ‘if we don’t beat Auburn, I’d just assume go home and plow.’ Well I knew what I was going to do. I found a plow that was on wheels and somebody found an old red jacket at Saugahatchee Country Club that was about like Caddy Shack back then. We got the houndstooth hat.” 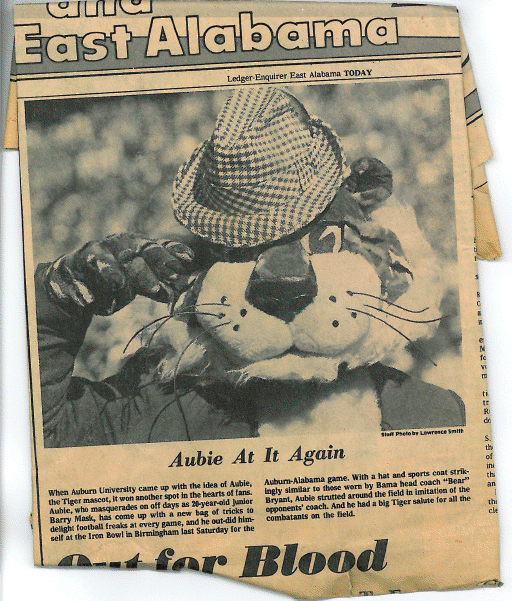 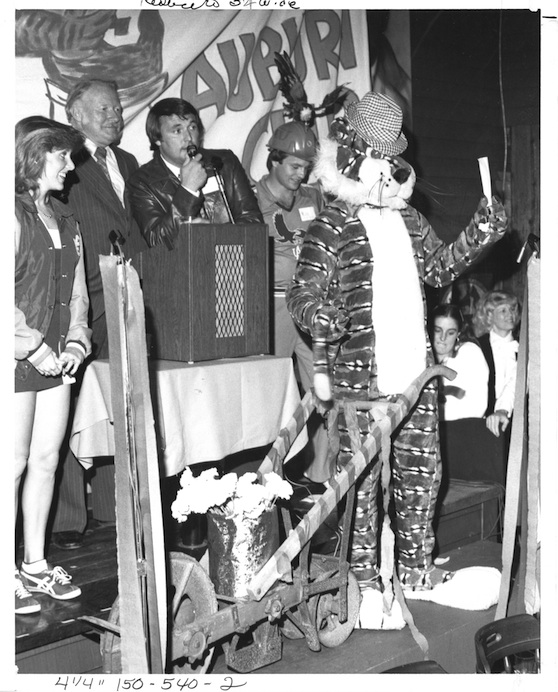 “When Auburn came out Aubie was behind them in the Bear suit pushing this plow. Well Bryant did his usual thing of leaning up on the goal post like he always did… and I snuck all the way behind where he couldn’t see me. I got right up on the other side of the goalpost, just like him. Auburn fans were cheering. And he turns around and looked at me, face to face, and you know it was a little bit intimidating, I’m one one foot from Bear Bryant and he’s looking at me with those steely blue eyes. And then I reached out my hand. And then he said ‘I like that hat’ and shook my hand and everything.” 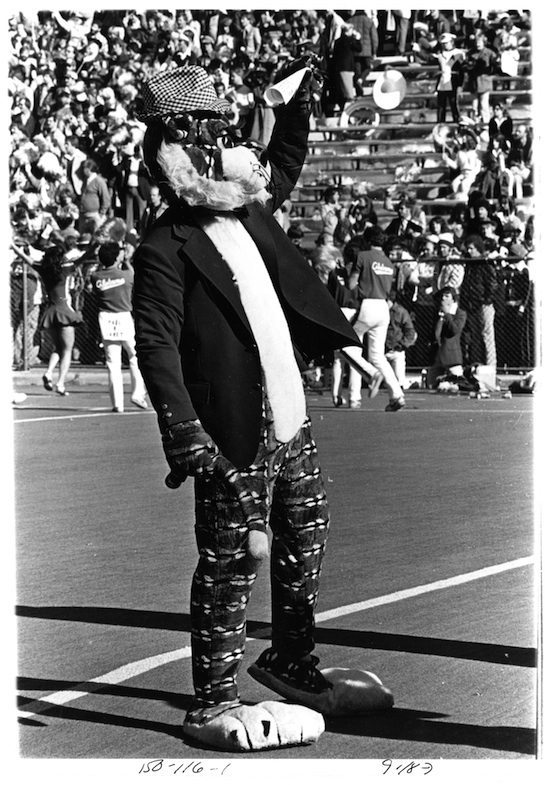 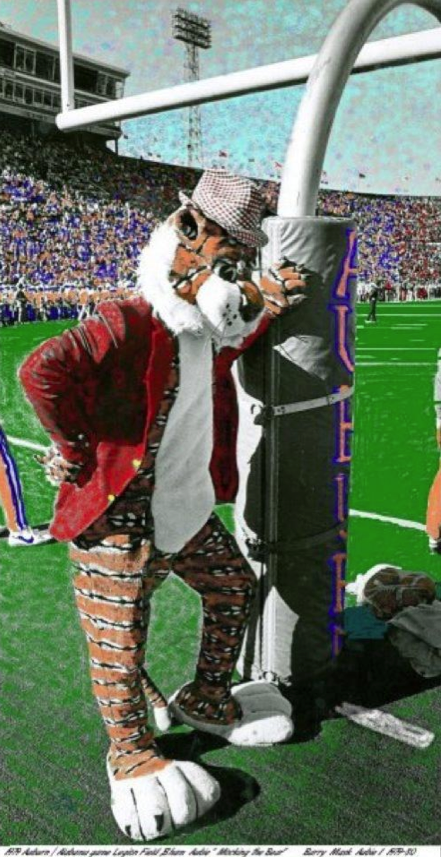 We’ll be picking Barry’s brain for other stories from Aubie’s infancy in the coming weeks.