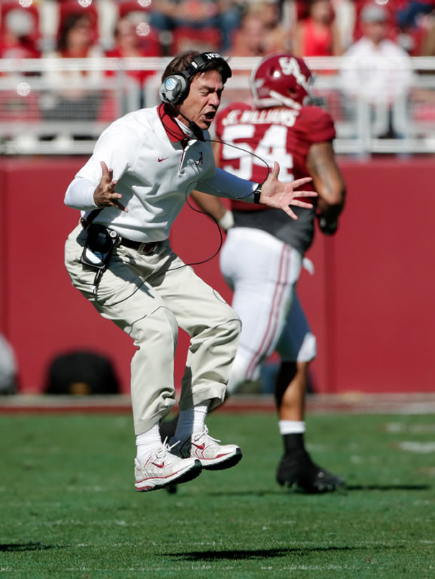 The 2012 football season will come at an end for Auburn on Saturday evening.  Mercifully.  This Auburn football team will march into Bryant-Denny Stadium with one more chance to play.  One more chance to don the Auburn uniform and play as hard and well as they can for four quarters.

As Van noted recently, this Auburn season has become a weekly trip to the dentist for painful, multi-hour procedures.  You (the Auburn fan) know the pain is coming.   As you recover from the pain of the week before you know with certainty that it is coming again.  But you also know that one day it will end.  And that day is Saturday.

And then for a while the pain will be over.  And the healing can begin.

Until then, it is time to cheer for Auburn and support it with every fiber our being against our bitter rivals from across the state.  And that’s just what we’re going to do:  We are going to support our team every play to the very end.  The fact that they’re currently experiencing unprecedented “highs” and we are experiencing unprecedented “lows” makes it tough, sure, but we are a family—the Auburn Family—and we will persevere and battle our way through even the toughest times and we will be back.

Our Kingdom for a Great Quarterback!  The good news?  Alabama has shown a real weakness to a very good quarterback in the LSU and Texas A&M games.   The bad news?  As much as we love Jonathan Wallace, Auburn can probably not take advantage of that weakness.  LSU’s Zack Mettenberger showed in the November 3 game in Baton Rouge why he was so hyped as a transfer to LSU.   And we all saw what happened when Johnny Manziel traveled to Tuscaloosa. Those two combined for 551 yards passing, 3 touchdowns and no interceptions.

But wait, you ask, surely Bama has played a good quarterback before that?  They are supposed to be the best defense in college football!  Actually, no, they haven’t.  Tyler Wilson of Arkansas did not play in the game against them.  Denard Robinson of Michigan is now playing running back. And so on.  It won’t help Auburn – but remember this when they face Georgia in the Georgia Dome.

Ten years ago this week another Auburn team walked into Bryant-Denny Stadium against a Top 10 Alabama team.  That Auburn team had suffered a disappointing season and due to injuries was playing third string tailback Tre Smith in his first college start.  Most college football fans gave Auburn no chance. But that Auburn team came out and shocked the world.  It was a glorious day and one that will be long-remembered.   And it should serve as a reminder that there is always hope.

Who could forget the long runs by Tre Smith and the touchdown reception by massive tight end Robert Johnson?

If you need something to cheer you up this week and you haven’t read the Tider Insider thread from that day—in which we witness the slow meltdown of Alabama fans witnessing Tre Smith running wild on them and their offense coming up empty—enjoy.   Your Wishbone columnists read it every year during this week and it always brings a smile.

Did You Miss the Wishbone Podcast?

Due to family issues we were unable to record a podcast this week.  But your intrepid Wishbone columnists will get together and discuss the results of the Iron Bowl and look to where Auburn football goes from here, so keep downloading and listening!

There will be now power poll this week due to the short week and the lack of meaningful games last week.