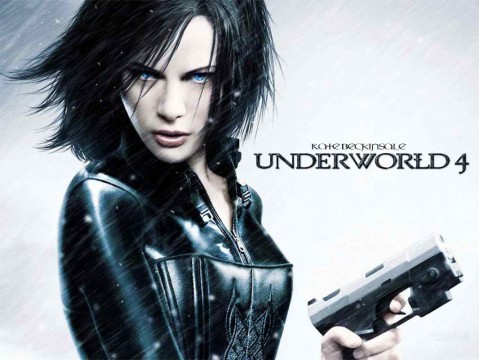 We’re finally in the last month or so of college football. This means some teams are trying to become bowl eligible, some are trying to win championships and some are playing exclusively for pride. This weekend in Tuscaloosa, Texas A&M looks to play the role of spoiler for Alabama’s national championship hopes. Over the past two weeks The Aggies have travelled around the SEC West, visiting Auburn and Starkville, leaving a path of destruction in their wake. Marching in to Tuscaloosa could provide different results.

The Aggies’ journey might be predicted by local favorite, Prometheus. Initially it seems that the trip is going rather well, you’re learning quite a bit, but all of a sudden things turn south. One of the film’s taglines is “The search for our beginning could be our end”. This tagline really sets up this matchup in terms of their shared history; Bear Bryant coached at both schools. I’m sure Texas A&M is really excited to visit Tuscaloosa and share stories of a shared past, but recent history tells me that they might not really like what the natives have planned for them.

While many outside of College Station don’t give The Aggies much of a chance to upset The Tide in Tuscaloosa, the maroon clad faithful still believe. They’re drawing inspiration from Ben Stiller and company in Tower Heist. I’m sure some in Texas liken snatching The Bear from A&M by Alabama to someone bamboozling you out of your hard earned money in a Ponzi scheme (as in the film). If only Bryant had stayed at Texas A&M, it’d be The Aggies, not The Longhorns who’d be the face of football in Texas. This weekend The Aggies have to be looking for a little revenge for losing one of the greatest to ever coach the game to Alabama. What better way to introduce themselves to their new division “roommates” than to sweep in to town and spoil the good mood in Tuscaloosa?

In Tuscaloosa fans have to still be wearing a smile on their faces after their team escaped Death Valley with a win. The list of local favorites indicates that fans have been crying tears of joy (“McCarroning”) all week long as they watch Kate Hudson deal with her cancer diagnosis in A Little Bit of Heaven. I’m sure the mood in Tuscaloosa this week has been quite jovial and the name of the movie perfectly captures the feeling of relief felt when LSU gave up the winning touchdown late in the 4th quarter.

While fans in College Station are coming to Tuscaloosa to better appreciate their past, Tide fans appear to be focused only on the future. That’s My Boy indicates that Alabama doesn’t want anything to do with reminiscing about the good old days when they still have plenty of things to look forward to this season. Getting caught up in the glories of the past and becoming overconfident is something Alabama coaches want their players to be mindful of; the sentiment seems to have trickled down to the fans.

Week 11 brings us the 2012 version of The Deep South’s Oldest Rivalry. The series stands extremely close, with Auburn only holding a one game advantage. A win Saturday punches Georgia’s ticket to Atlanta for a 2nd straight SEC Championship Game. If there’s one thing Georgia fans don’t want to see, it’s a 2-7 Auburn team spoil their season. To get their hate level right, The Bulldog Faithful have been watching Hatfields & McCoys.

To further stoke the flame of animosity, fans in Athens have been watching Act of Vengeance. The last time Georgia visited Auburn the Bulldogs stormed out to an early lead, only to see Cam Newton and Nick Fairley ruin their upset bid. You can bet that Bulldog coaches and players have discussed avoiding another meltdown on The Plains.  Georgia is ready to rebuild a multi-game win streak over The Tigers and they hope to tack on the 2nd game Saturday Night in The Tigers own backyard.

Think a down year on The Plains can ruin fans’ excitement for The Deep South’s Oldest Rivalry? Think again. Auburn fans are also gearing up for the matchup by watching a movie about The Hatfields and McCoys, except this one has Christian Slater in it! Georgia fans just don’t get it. You don’t watch a TV mini series to get motivated to play one of your biggest rivals, you watch a movie like Hatfields & McCoys: Bad Blood to get the bad blood flowing!

Many outside of Auburn give The Tigers a chance, arguing that beating New Mexico State last week means nothing. I say to those non-believers, even the largest fires start with a small spark. Freshman quarterback Jonathan Wallace has brought new life to his team and fan base. The inclusion of Underworld: Awakening as a local favorite lets me know that Jordan-Hare Stadium will be rocking at kickoff Saturday Night. A rejuvenated Auburn team and fanbase can’t wait to make the mighty bulldogs look like the cast of Beverly Hills Chihuahua 3!

Stephen Savage, Auburn Man exiled to Baton Rouge, is currently working on his PhD in Political Science. In his free time he enjoys watching movies and writing about them on his blog, Movies N’ Munchies. For more evidence of how Netflix movie rentals reflect the psychology of local fan populations, click here.

Related: The Auburn flag in ‘What To Expect When You’re Expecting.