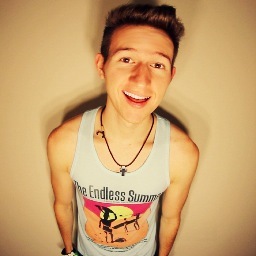 In terms of Net fame, it’s probably safe to say that there hasn’t been a more kind-of-a-big-deal Auburn student than Ricky Dillon since the glory, Snorgy days of her highness, Alice Fraasa.

How kind-of-a-big-deal is Dillon? Bigger than Auburn football, at least on YouTube.

Auburn Athletics’ YouTube channel has 4,844,879 views and 5,403 subscribers. Dillon, who for the most part simply makes fancy videos of himself lip synching to Top 40 radio, has 10,897,535 views and 68,345 subscribers. Posted seven months ago, his version of Fun’s “Some Nights” has 1,572,913 views alone. His latest, a video that has multiple Ricky Dillons framed in Polaroids and singing along to One Direction’s “Heart Attack,” has received more than 20,000 views in just one day. (Cam who?)

Here’s Eagle Eye News‘ feature on just how Dillon does it.