10-6 over Tennessee in Birmingham. It was huge, Amazin even. The Vols were No. 4 and three touchdown favorites and had All-American linebackers and the nation’s longest winning streak and a great dual-threat-ish black quarterback named Condredge Holloway, one of the first black quarterbacks Auburn’s defense faced, which may or may not have had something to do with the all-out assault he suffered to devastating effect.

The jury is now in on the Tigers and the rest of the conference had better beware. The Tigers are for real. The 10-6 score of Saturday’s game does not reflect the whipping Tennessee took. From the opening play, when Holloway was slammed to the turf for a ten-yard loss, the Tigers dominated the game. The lone Tennessee score came with 1:36 left in the ball game and proved too little too late. For its sparse talent, truly this Auburn team is amazing.

Amazing. Amazin. Amazins. You can watch the birth of a nickname* below. The narration is the Tennessee broadcast booth’s. It’s beautiful nonetheless. And there are more photos below. 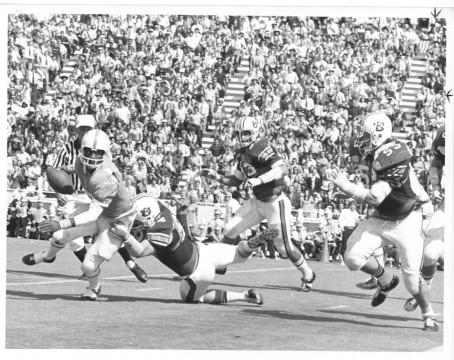 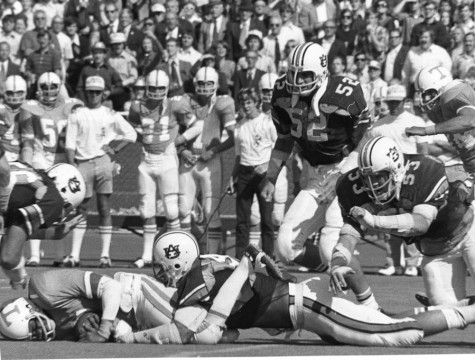 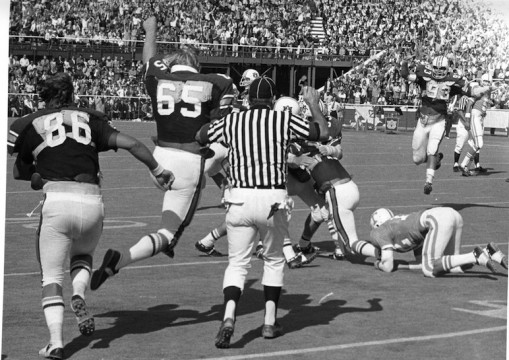 * At least that’s how some folks say it started.

Related: The Amazin Deck of Cards.