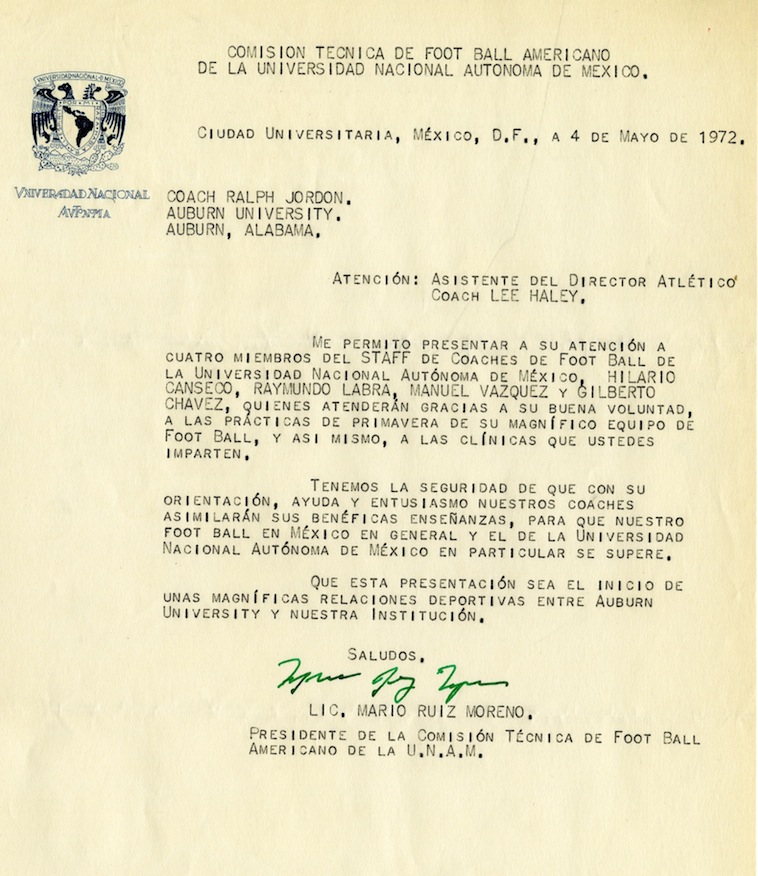 So tell us, Spanish majors—what should Shug have said?

UPDATE: Ask and you shall recibir. TWER reader jrob1324 has our translation, and its pretty cool:

Technical Commission of Football of the National Autonomous University of Mexico

Allow me to bring to your attention four members of the staff of football coaches from the National Autonomous University of Mexico, Hilario Canseco, Raymundo Labra, Manuel Vazquez, and Gilberto Chaves, who will attend, thanks to your good will, the spring practices of your magnificent football team, and, likewise, the clinics that you give.

We are sure that with your guidance, help, and enthusiasm, our coaches will assimilate to your beneficial teachings, so that Mexican football in general and that of the university in particular will improve.

May this introduction be the start of excellent sports relationships between Auburn University and our institution.