Texas A&M gained 671 yards against Auburn, the most the Tigers have ever allowed. And you have to go back to the 68-7 shellacking by Georgia Tech to find a worse lost, points-wise.

But the historicalness of Saturday’s defeat may ultimately be measured by the win / loss schedule poster at Momma Goldberg’s… which can’t even bring itself to list the 63-21 score, settling instead simply on “It was bad.” 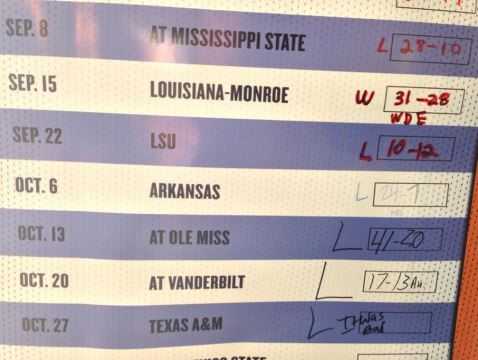 Momma G’s isn’t the only Auburn restaurant offering commentary on Auburn’s season. The marquee at the College Street Krystal just wants Auburn to “beat somebody,” while the Chick-fil-A on Magnolia Ave. is towing the company line with a positive “Auburn Family All In.” 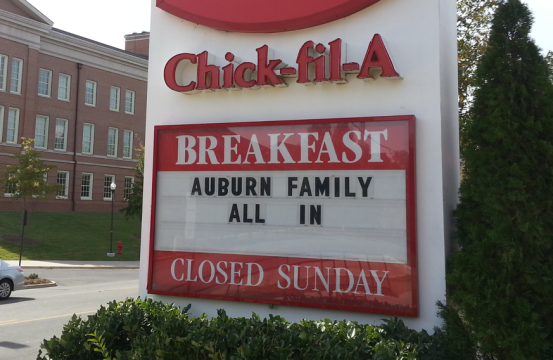