Yes, 2012 is hell. But the Plainsman could at least maybe take the edge off by publishing photos of sultry “wimmen” like they were the last time an Auburn football season started so ugly. Here’s sultry Jean Thomas, a Loveliest legend among those of me who study the series, as she appeared in the Jul7 9, 1952 issue. 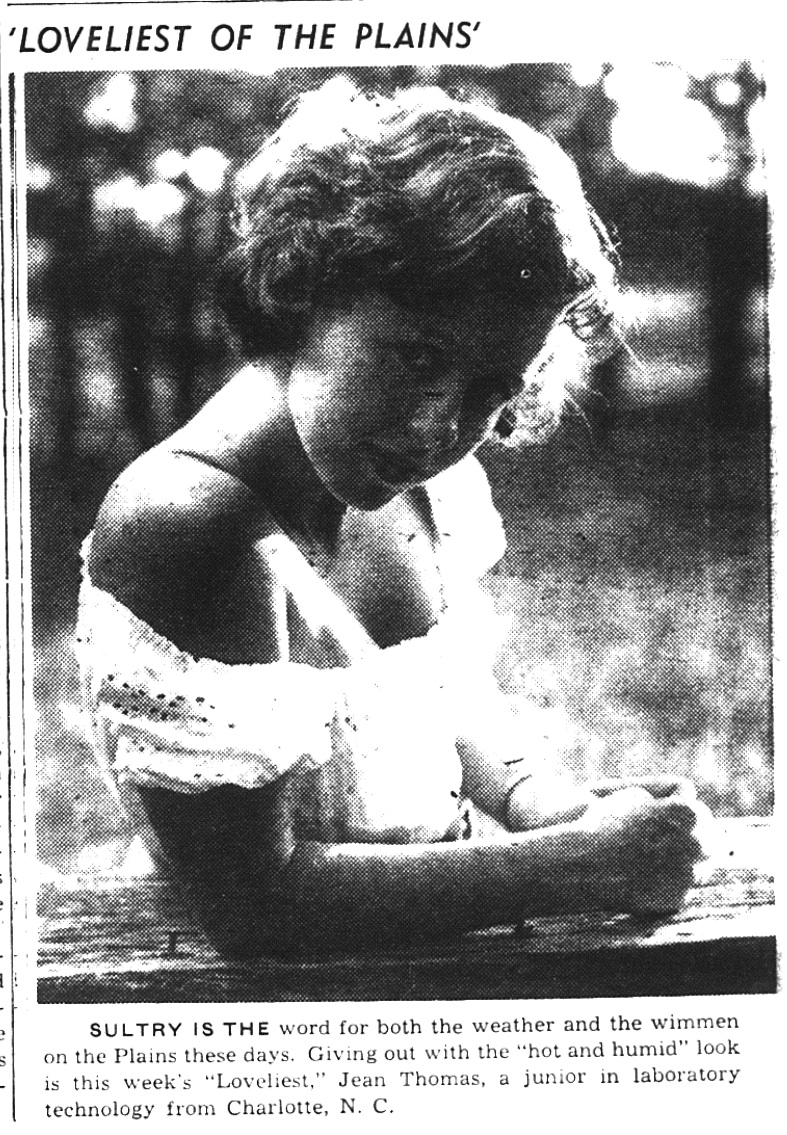 I’m sure the “flaming student spirit of that defeat-studded ’50 season was something to see” if Jean, who would have been a freshman then, was in the stands.