For most of my time as an Auburn fan, I have thought about Mississippi State as little as possible. I would look at their name on the schedule before each season and mark it with a mental “W.” Sure, they beat us a few times (ruining the night before my 21st birthday in 1997) and they even made it to Atlanta once.  Most of the time, though, they were SEC also-rans, slightly more feared than Vandy. Then Mullen came around. Then the Cam Newton thing. Now, I think about them. I think how much I dislike them. I think about how they skated through the Cam scandal in the national media as if they had very little do to with it all when they had everything to do with it. Kenny Rogers never wore Orange and Blue.

The point of this is not to dredge up old beefs about how that whole mess went down (really, it isn’t), but to actually give their coach and his program a little credit.  Through his efforts and personality, they have been elevated to full on “hate” status (sports hate, mind you, not real world hate). I no longer count the game as an automatic win when I look at our schedule, and I think we’ll have a battle tomorrow, but I now view it as an important game for more than just our SEC West chances.

But on to the real reason for this post. Old stuff! Leading off we have a couple Mississippi State game programs that I’ve had in the queue for a while since our anonymous friend sent us his mass of material. The pics are a tad blurry and the images are not particularly exciting or memorable, but hey it’s Mississippi State week, and that’s good enough reason for me to use them and to give me an excuse to vent. 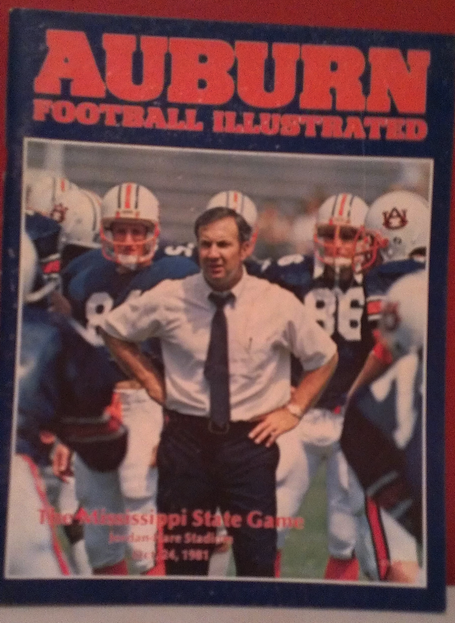 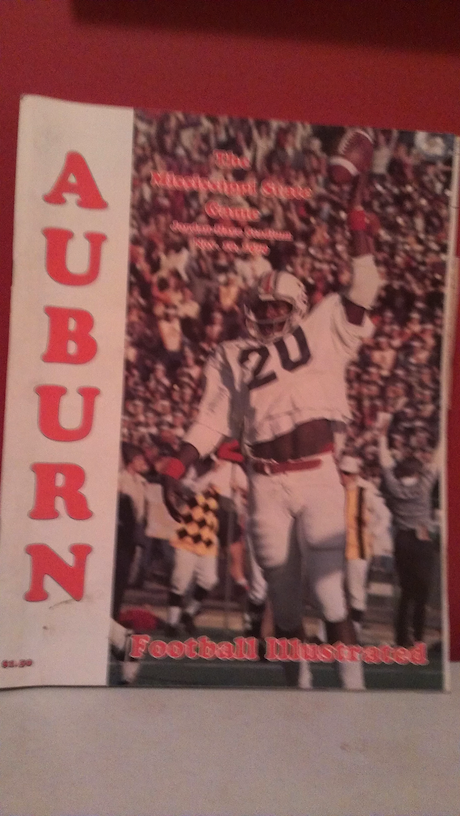 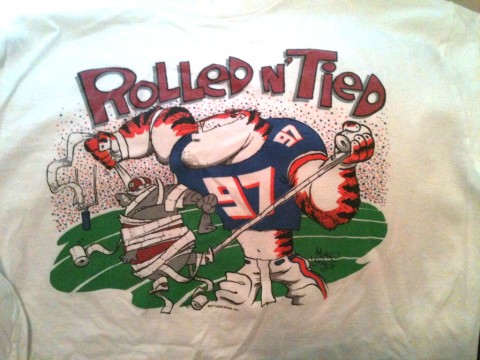 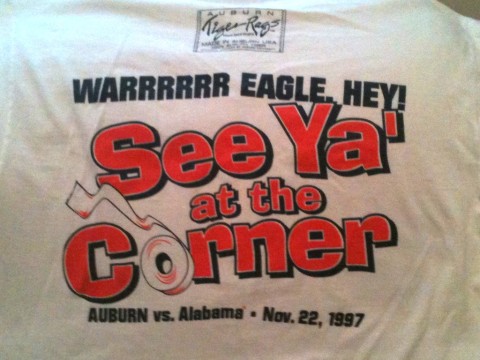 “I dug up some old stuff from the back of the closet and thought you might think they were interesting/funny/odd. This is the front and back of the 1997 Iron bowl shirt. I bought it before the game, hoping we’d win. Thanks to Ed Scissum, we did! 18-17!”

We actually featured the post victory shirt from this game in a previous post (http://www.thewareaglereader.com/2012/06/war-eagle-relics-turns-back-the-clock/). This was the pre-game Tiger Rags version. Nice to see the tiger has an orange drop-shadow numbered jersey. Attention to detail is important and too often ignored when it comes to these things. 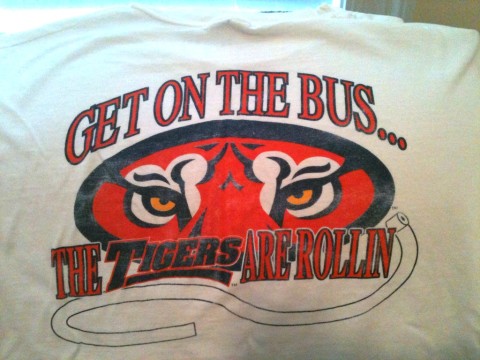 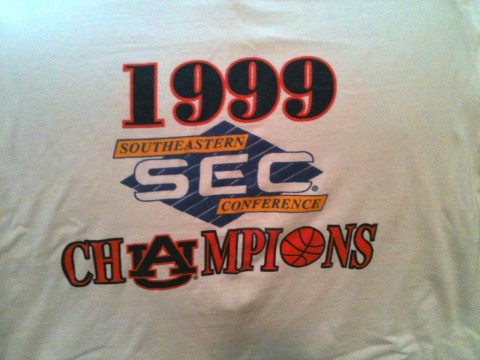 “The last two are the front and back of the 1999 SEC basketball championship t-shirt. I guessed it would be a long time before another opportunity to own one of those would come along again, and I guessed correctly. I still wear it, by the way.”

Here we have another t-shirt from Ms. Scott, this one of a much rarer vintage. Auburn SEC basketball championship t-shirts don’t get printed too often, so best hang onto them when you get it. The 1999 regular season title was only the school’s second ever (and first since 1960). Cliff Ellis’ Tigers went 29-4 in ’99 and made a football school go basketball crazy for a little while. At least until the Sweet Sixteen loss to Ohio State (that still stings after all these years). 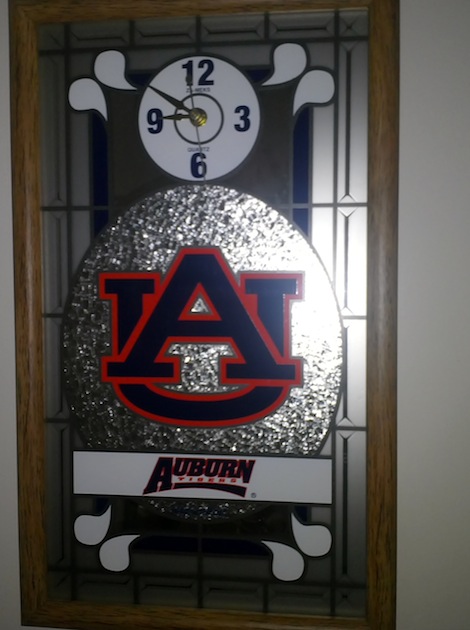 “This clock was in my aunt and uncle’s house down in Jacksonville, FL, and both of them and their two kids graduated from Auburn. Love the nice, clean look of the design, as well as the pre-2005 (pre-Under Armour) vector logo.”

We could have done an all clocks edition of Relics if I actually planned ahead and didn’t just pull things from the file at random most of time, but this is a nice addition to the collection all the same. The Auburn Tigers wordmark puts this as late ‘90s/early 2000s era. 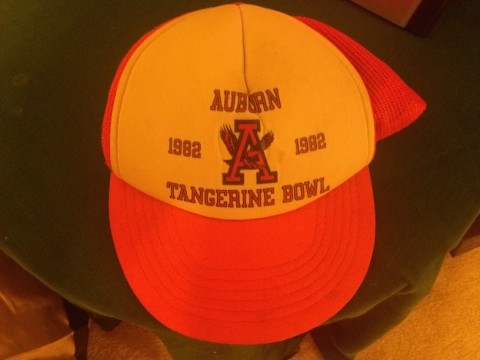 Here is another classic mesh Auburn hat for the bowl game that followed Bo’s freshman season to go along with the Sugar Bowl hat we had in a previous post. We featured the program for this game way back in May. Auburn defeated Boston College 33-26 to win in their first bowl appearance since 1974.

That’ll do it for this week. Thanks as always to all of our contributors. If you have something you’d like to share, send it to me at [email protected]. For past editions, click here.