There are eight Phil Neel covers for programs for Auburn vs. Mississippi State games—only seven are shown here; the last deserved its own post—and yet only five of those covers feature a Bulldog. In one of the few covers that emphasized Aubie’s dominance by the mortal absence of his foe, 1962 has Aubie standing on a mound of dirt that presumably, per the headstone, is a mass grave for the entire team.

My favorite might be Aubie blasting off to the MarOON—not only for the unique early years, still-experimenting header, but I kinda dig it when he eschews the obvious power animal puns’n’themes (fleabag, dog pound, goin’ to the vet). 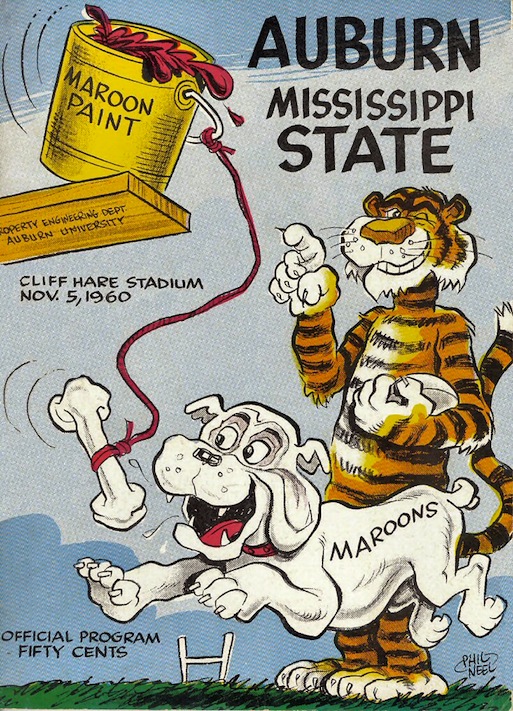 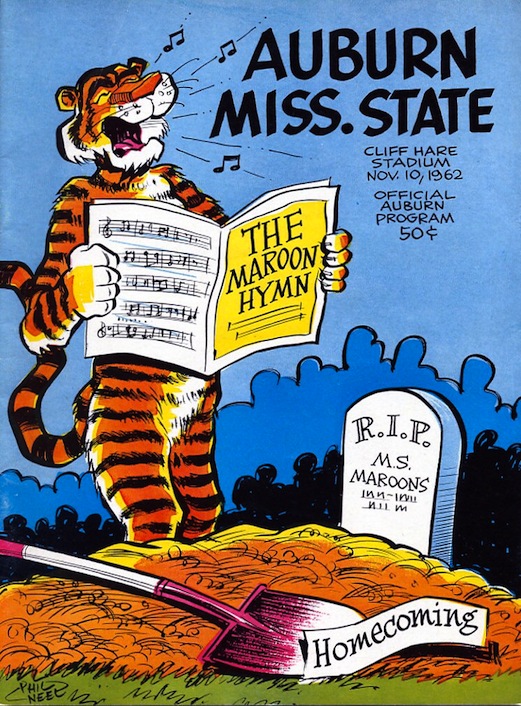 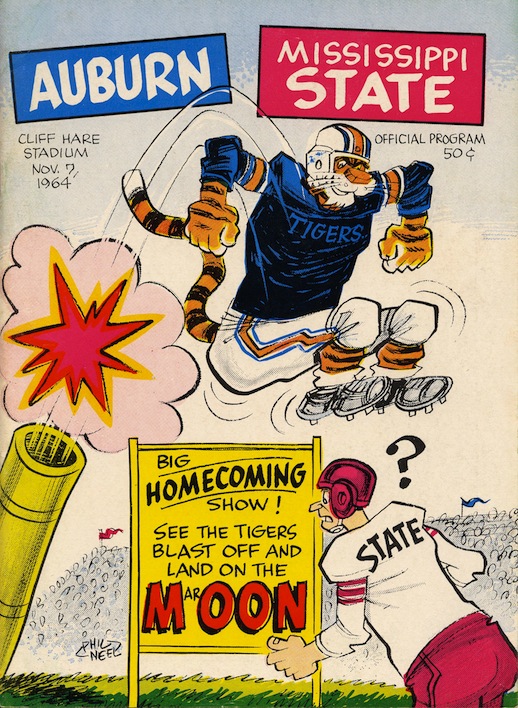 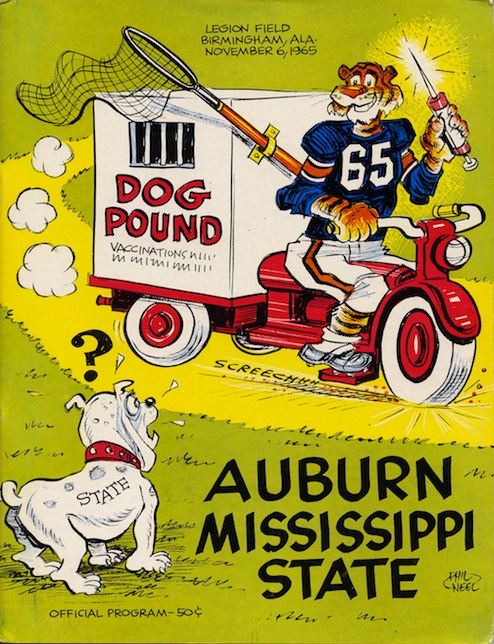 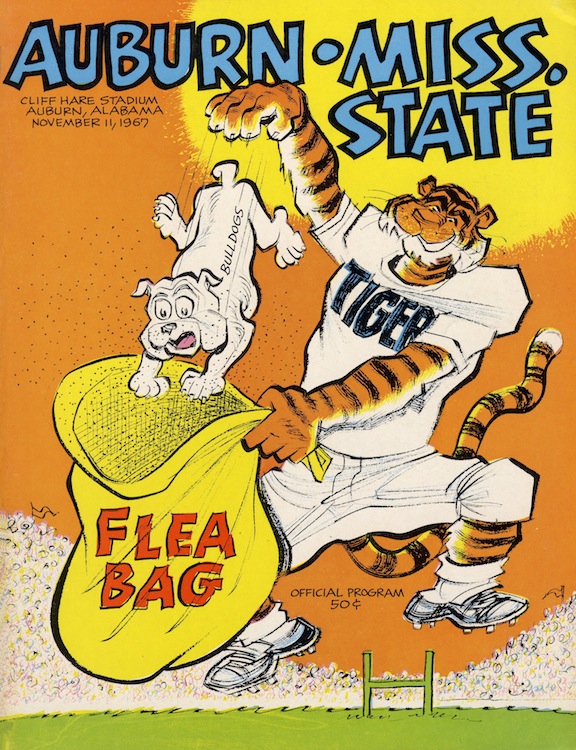 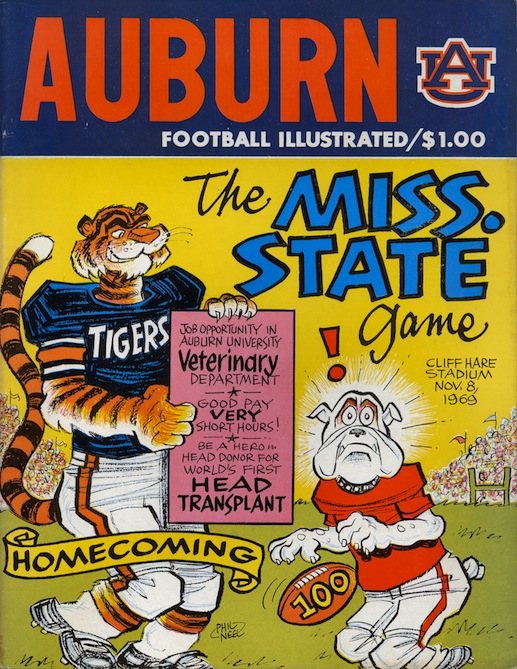 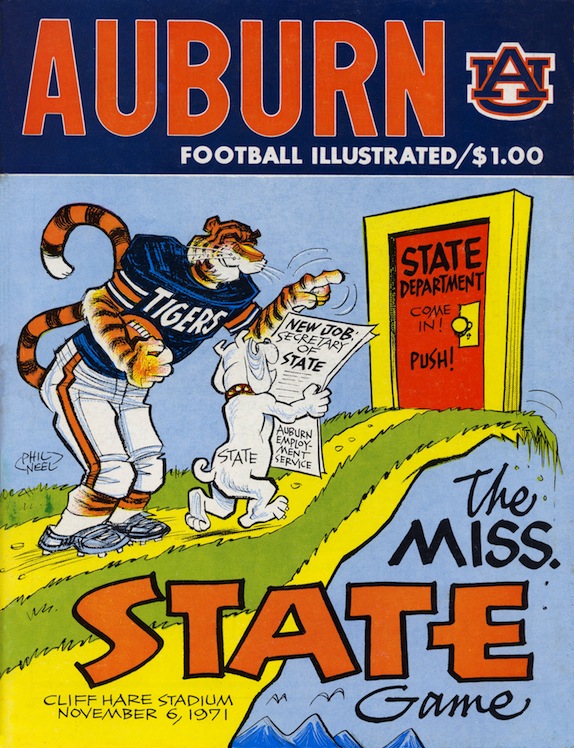 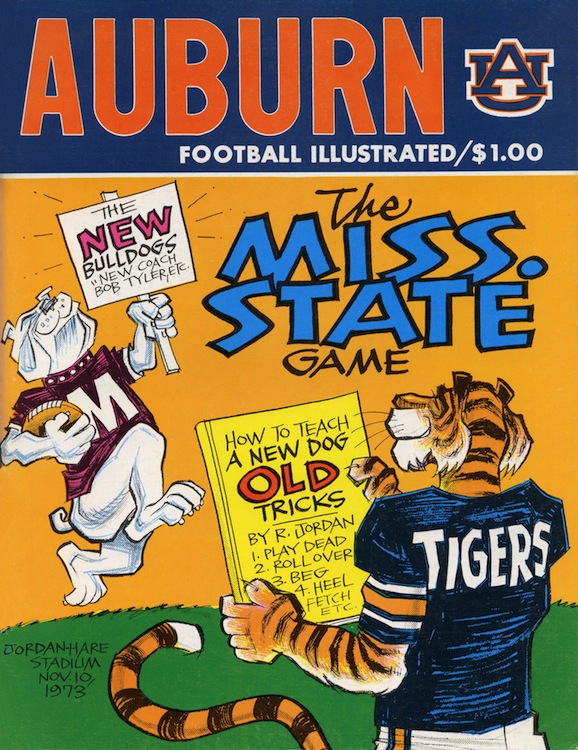