Readers love it when subjects political pop up on The War Eagle Reader—it’s their favorite thing, almost like it’s the only thing they want to read (even though we never pick sides like everyone seems to want us to and focus only on how whatever it is relates to Auburn). So what better time to give them what they want (to hate) than election season!

First up: Teddy Kennedy (D-Mass.) and Auburn Dean of Women Katharine Cater posing with a giant stuffed Tiger dangling an elephant (Bama? Republican?) from its mouth by a rope, a fantastic photo op which, despite the ’64 rat cap, most likely came about during Kennedy’s Horizon III speaking engagement at Auburn in 1973. 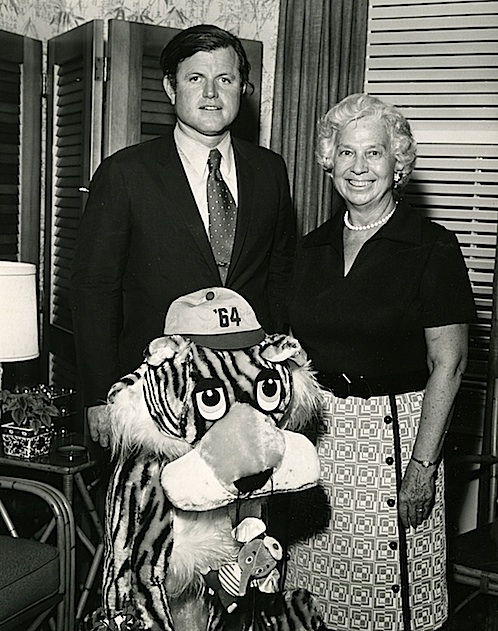 Kennedy’s is the blank just-take-it face of celebrity obligation. But a staunch Democrat, Kitty’s smile—and you rarely see it that wide—is most definitely sincere.

Here’s a shot of Teddy at the podium. 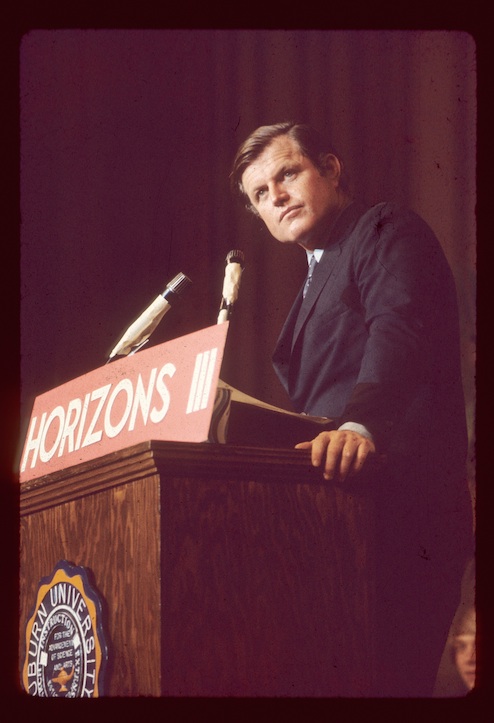 Keep your polls open for more past bi-partisan politicking on the Plains (TM) in the coming days and weeks.

* J. Wes Yoder on writing, Auburn, and the surety of youth
* The tale of the A.U. “Squirrel” Club
* Celebrated Playboy photographer loved first visit to Auburn in ’81
* Auburn Parkour face plant featured on Tosh.0
* War Eagle Moment at the SAG Awards
* Twisted Metal developer is an Auburn fan
* “My wife was the Auburn Tiger.”