UPDATE INSANTIY: An even CLOSER closer-up. And no cranes or mortals around. Is it finished? THE SIGN IS NEVER FINISHED. 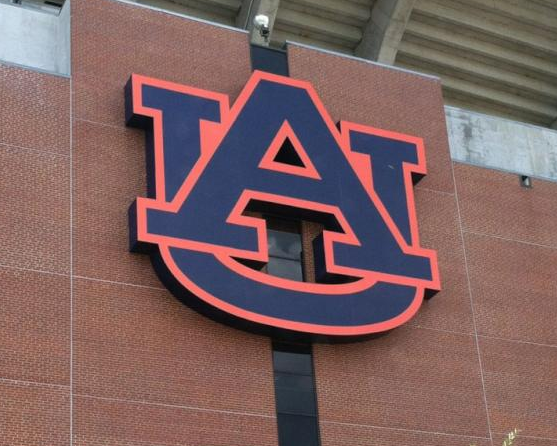 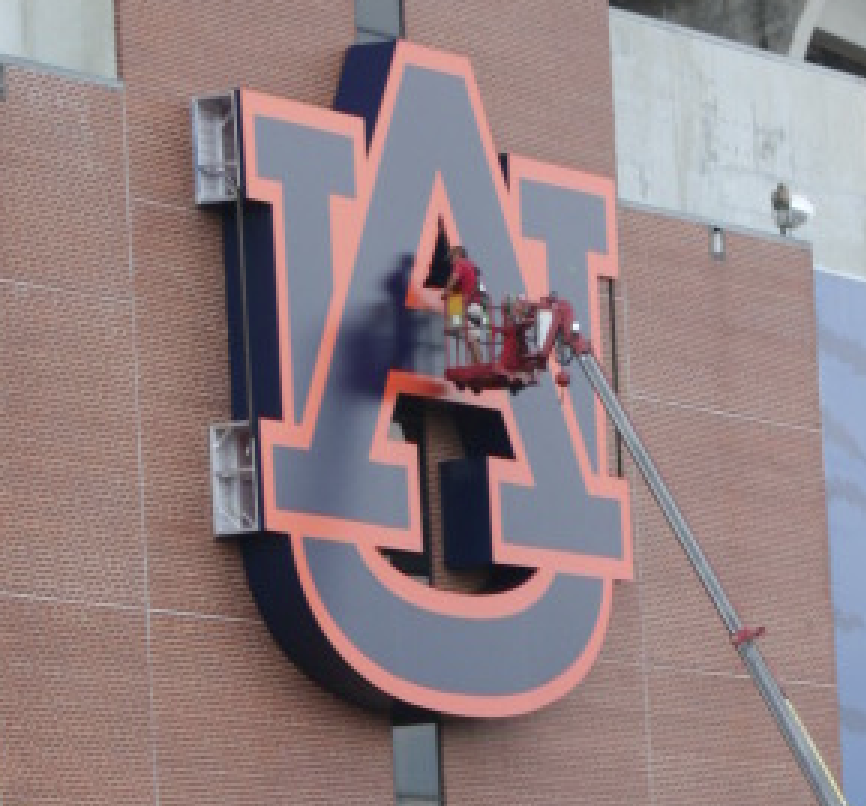 UPDATE INFINITY: [Wed. 1:30 pm] Intrepid TWER campus correspondent Clint Richardson reports that surgery went out without a hitch. Gone is the negative negative white, even in the A’s tiny triangle. 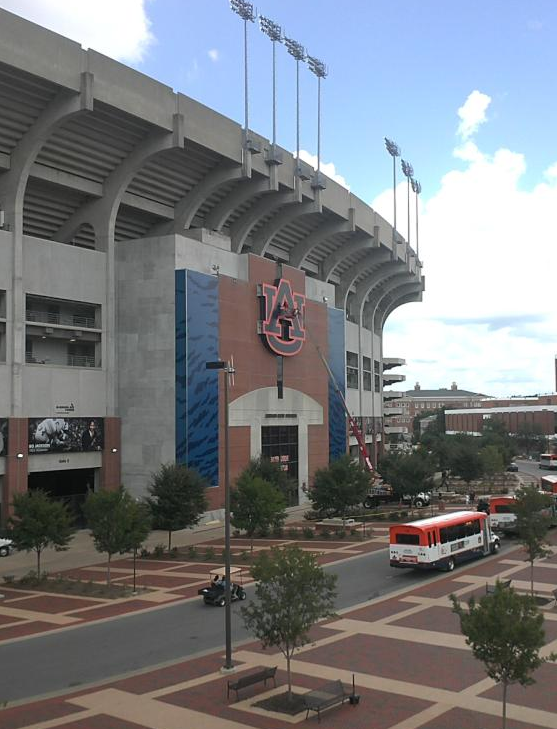 UPDATE: [Tues. 6:30 pm] Back up, but assuming it’s coming back down at some point—half the negative space white remains. This stuff is important. 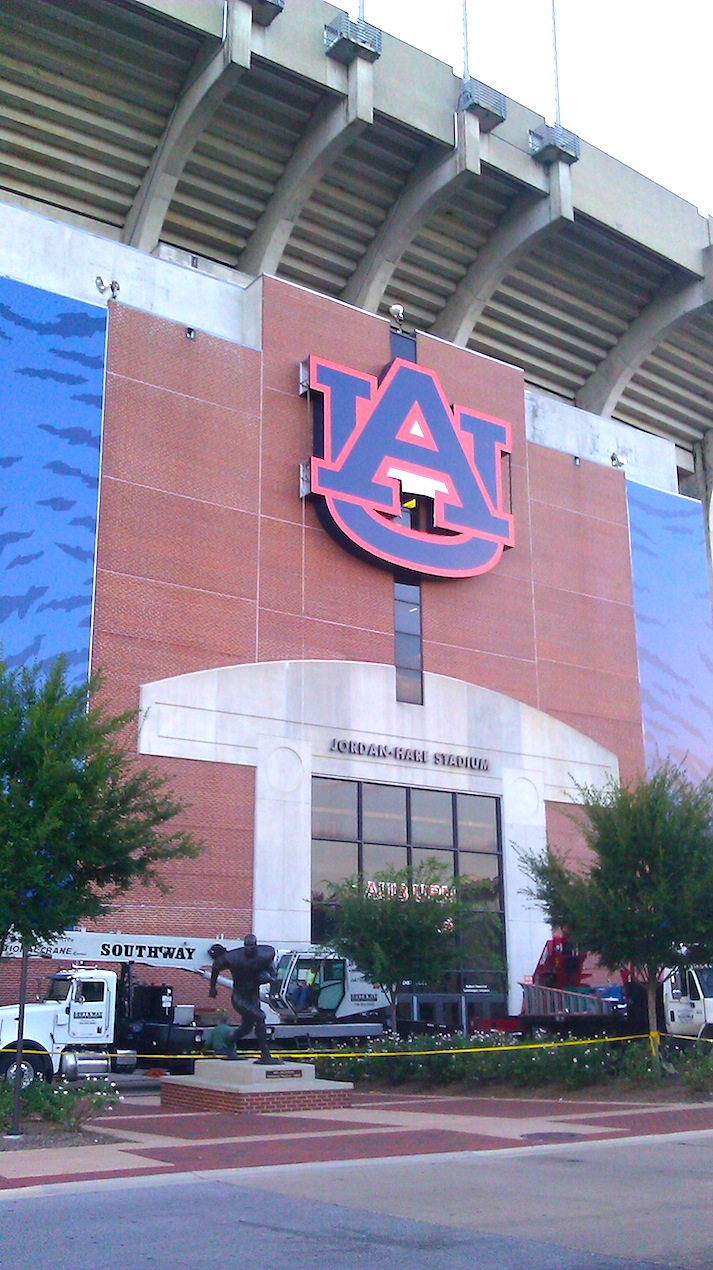 UPDATE [Tues, 2:45 pm]: She’s down but not out. Intrepid TWER campus correspondent Clint Richardson reports that crews are drilling holes in the stadium bricks for mounting and cutting the white negative space out from the “AU.” 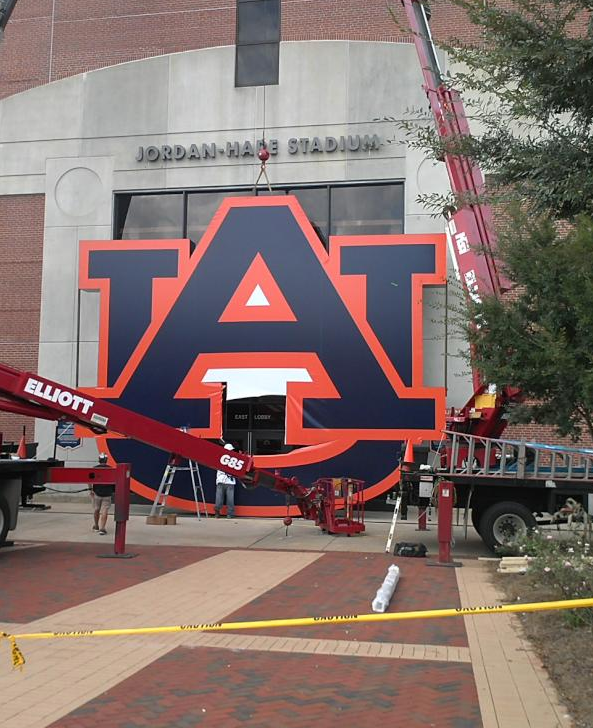 UPDATE: The latest in As The Sign Hovers—as of 1:30 pm Thursday, it has been lowered to the ground. According to Cassie Arner, Auburn’s assistant athletic director for public relations, the sign won’t reach full, illuminated glory until early next week.

The giant LED backlit vinyl sign of the Auburn University logo is currently being installed on the east side of the stadium above the new Heisman statues. We’re hoping for some sort of Bat Signal effect at night. 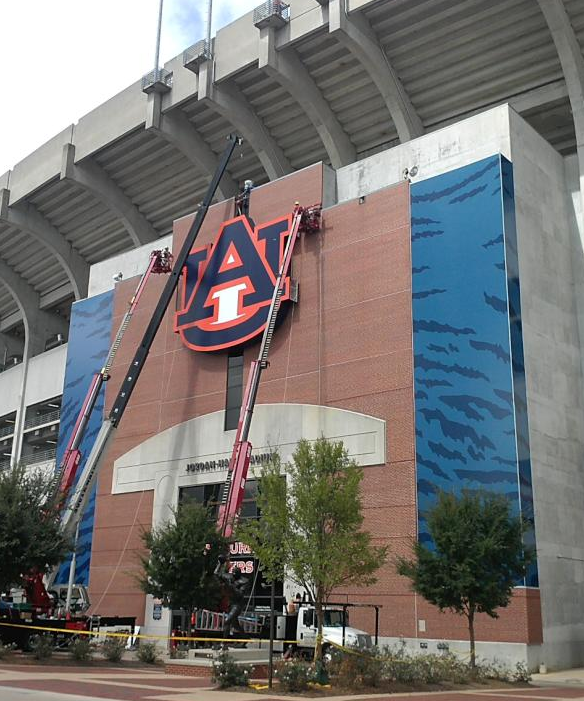 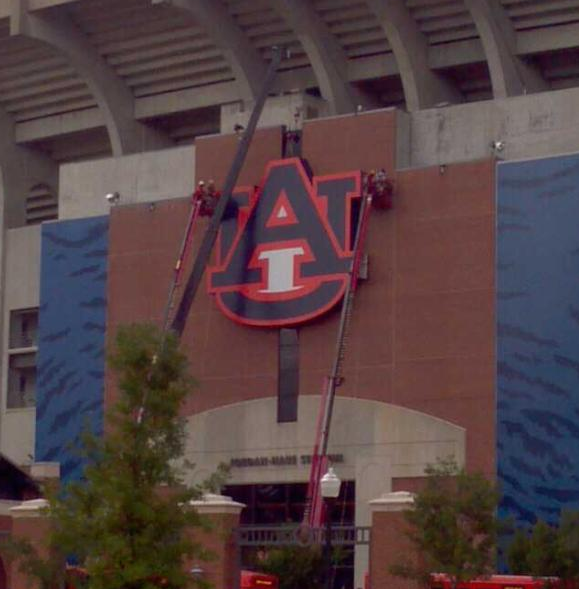 Per NBC 38’s Christina Chambers, the new sign “cost about $50,000, including installation.”

Photos via @Clintau24 and @Joshdub23.