A first term Democrat trying to negotiate a diplomatic crisis in the middle east heading into an election? The political parallels between last week’s attack on the American embassies and the Iran Hostage Crisis are easy to draw. 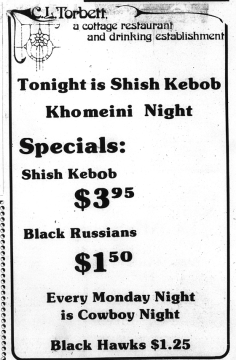 Because folks here in 1979? They weren’t too happy about 52 Americans being taken hostage. Things got tense.

“Shish Kebob Khomeini Night” at C.L. Torbett’s. An Iranian-looking Israeli from Opelika—a Christian minister, no less) beaten up while waiting in line at the concession stand near the south end zone (so maybe it could have been Mississippi State fans). Aubie carrying an American flag on the sidelines all Hacksaw Jim Duggan-style. And don’t forget the signs.

Campus police took them down quickly enough, per the SGA’s campus advertising law, but not before The Plainsman snapped their shots. At Haley Center, it was a “HITLER II: KHOMEINI” sign with swastikas (“COMING SOON TO AN EMBASSY NEAR YOU”) and “IRAN: LET OUR PEOPLE GO OR WE’LL NUKE YOU TIL YOU GLOW.”

There was also an “IF ‘1’ AMERICAN DIES, KHOMEINI FRIES” banner strung between several fourth floor windows outside Bullard Hall.

And there was a 20 x 50 foot banner about the U.S. being used as a doormat hung on Dudley Hall. That was put up by two dudes who thought maybe it was time to start deporting Iranians. And hey, it almost came to that.

Iranian students in Alabama, including those enrolled (mostly in Engineering) at Auburn, were ordered to report to Montgomery with their Form I-94 to prove they were still indeed enrolled and in good standing. We don’t know who the 32 at Auburn were because Evelyn “Mrs. Shug” Jordan, Auburn’s Foreign Student Adviser at the time, wouldn’t name names. She technically had to if the press asked—she just didn’t.

“I think we are all interested and anxious, both for the American hostages in Iran, and for the Iranian students here,” she told The Plainsman.

The anxiety over the Iranian presence on campus was certainly understandable, seeing as how every anonymous Iranian student the Plainsman could find to interview kept voicing not just sympathy with the hostage takers—oh, excuse me, spy hunters—but straight up support.

The Glomerata ended its “Flashback” on the hostage crisis with: “Car windows were painted with various word derivations of the popular ‘Iranian go home’ slogan.” 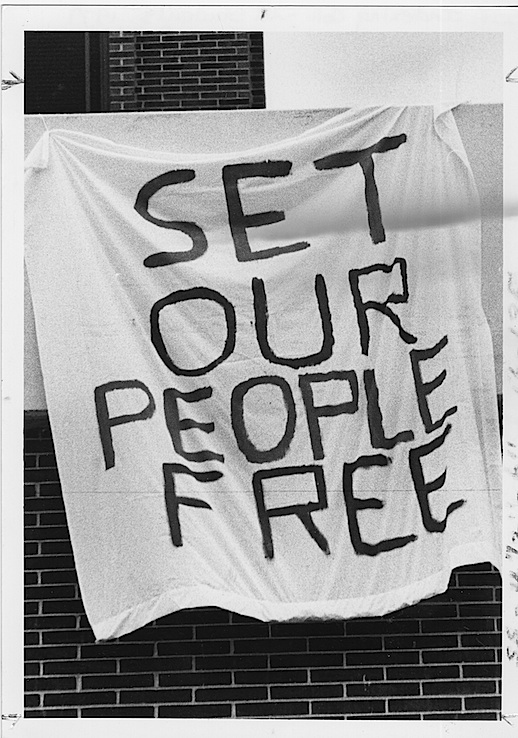