The artwork of Phil Neel returns to Auburn Football Illustrated in a fold out commemorative poster included in this season’s first issue of Auburn’s gameday program (you can see the program’s cover here). 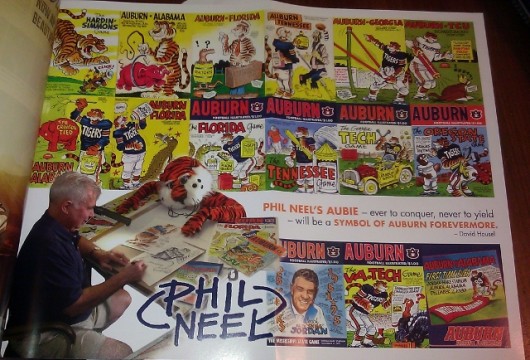 Neel passed away in July at the age of 84. He is mostly known as the father of Aubie, the cartoon tiger turned live-action mascot for Auburn University, which Neel brought to life early in his career as a cartoonist for the Birmingham Post-Herald and which graced the cover of nearly every Auburn football program from 1959 until 1976.

You can check out our growing Phil Neel archives here.