This 1978 Plainsman comic by king of Plainsman comics (peep his sketch of Aubie on the witness stand or his take on Auburn’s embrace of the fast food industry) Bill Holbrook seems an apropos Photo of (Back In The) Day after two Auburn losses in as many games.

In Barfield-ian terms, 1978 (6-4-1) was a fairly average season for Auburn, and yet the Tigers apparently died after their Nov. 4 blowout loss to Florida in the Swamp. Maybe that’s just when folks finally decided it wasn’t going to work out—three years in, embarrassed by a team that wound up 4-7. But bounce back we did with an epic 6-0 win over Mississippi State the next week. For Holbrook, that was enough to reanimate the corpse of Auburn football. Hope springs eternal in the Auburn breast. 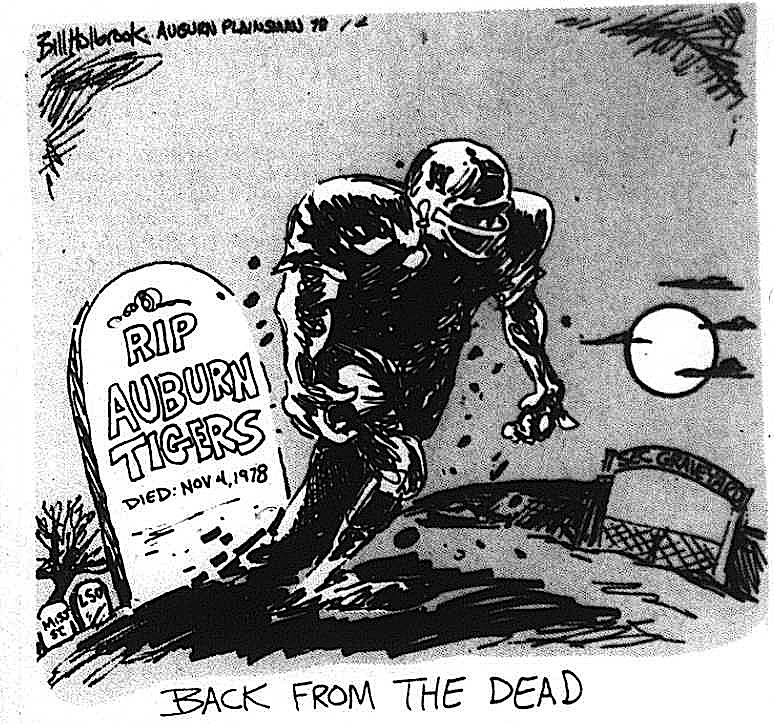 Two days later, we tied Georgia. Then we lost to Bama. Brainnnnnssss!