In 1975, Shug Jordan bought a watch for Carl Stephens, his 12-year blameless genius of partner on the Auburn Football Review, and had it engraved. Carl’s son Richard Stephens sent us a picture of it. 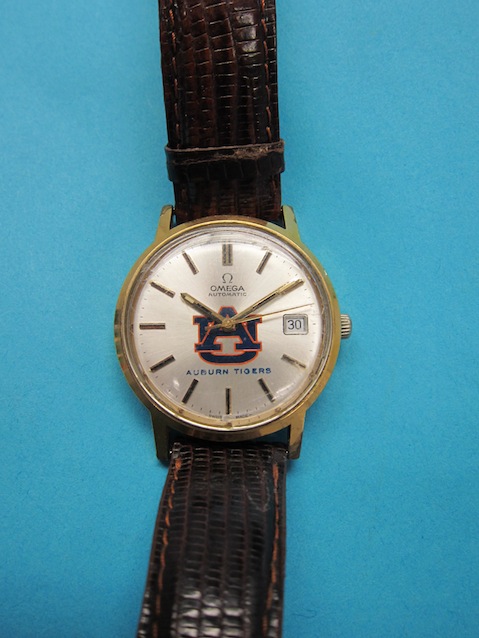 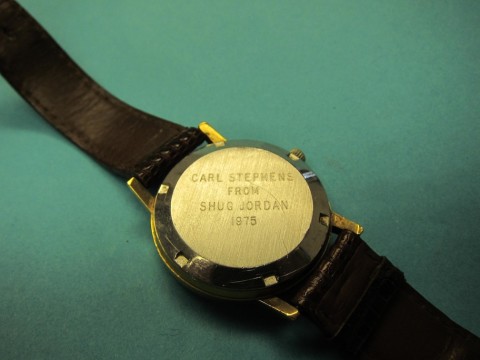 I’m sure it would have eventually served as a War Eagle Relics centerpiece. After last night’s news, it stands alone.

Stephens says his dad gave it to him when he (Richard) left to start school at Auburn in 1982. (When he was a boy his dad gave him one of these.)

“Coach Jordan had also given him a (huge) Longines Nonius Chronograph around 1970 that he still wears today,” Richard told us last year. “It is engraved on the back, but doesn’t have any Auburn logos or anything on it.”