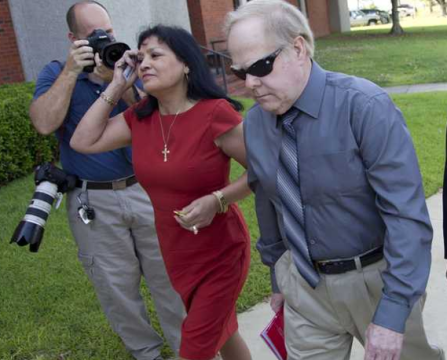 WHEREFORE prepare yourselves, Mobile and Huntsville–the Harvey Updyke could be coming to your cit-taaay! At least if Updyke’s attorney has his way.

In another change of venue request filed, Everett Wess suggested that, if the defenses’ preferred location of Jefferson County wasn’t doable, Huntsville and / or Mobile (or somewhere in Jefferson County) “may provide appropriate sites where a fair and impartial trial may be held.”

“It appears this case permeates multiple aspects of potential juror’s lives in Lee County Alabama and an impartial jury cannot be impaneled,” Wess wrote in another change of venue request filed Wednesday.

“The defendant, Harvey Updyke, requests this Honorable Court to consider the City of Huntsville (Madison County) and/or City of Mobile (Mobile County) as alternate locations.”

Hope y’all want a little Spike in your zang zang.

You can read the motion in its entirety here.

Related: Toomer’s Oaks before and after shot.