The latest update on the Toomer’s Oaks doesn’t make for fun reading.

According to an AU release issued late Friday afternoon, the recent pruning of the oaks’ branches will leave the trees “aesthetically dead if not actually dead” and talk of replacing the trees has now moved beyond the hypothetical, though the process “wouldn’t begin for another 6-18 months depending upon the size of the new trees.”

According to the release, a new committee—the AU Tree Preservation Committee (TPC)—will soon make a recommendation to AU president Dr. Jay Gogue whether remediation efforts should continue or whether the university should move forward in replacing the oaks.

The TPC’s  current charge is to:

The university announced in January that the Toomer’s Oaks could be rolled come fall but now says that rollings “may be temporarily stopped” if the remaining—and deteriorating—branches are deemed hazardous to fans.

Here are other photos of the branches recently removed from the oaks. 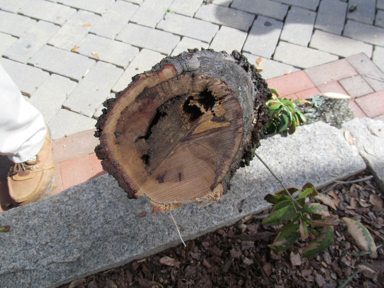 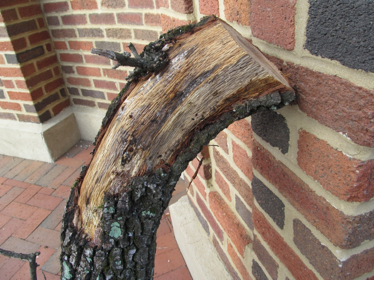 “The long-term outlook for the trees is not good.”

AU officials say they are moving forward with plans to turn the wood from the Toomer’s Oaks into souvenirs but that “the trees will not come down until they’re dead.”

Related: On the feasibility of a Toomer’s Corner transplant