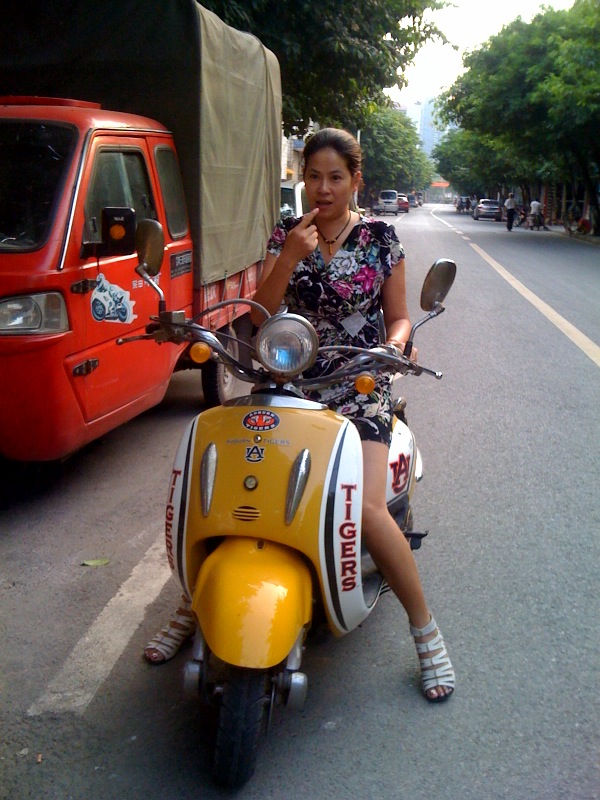 “I stopped her and asked where she bought the scooter, and if those were stickers or factory stock,” Gregory writes. “She in fact, had never heard of my alma mater, the Blessed Individual, or chest bumps.”

No doubt it’s merely another one of those orange and blue crumbs of Asian capitalism that TWER loves to snack on (Carmen Briton, Auburn’s Toomer’s activist in the Philippines, reported spotting an Auburn bike or two en route to Manilla to watch the national championship game. And we mustn’t forget Thailand’s Auburn Flying Suplex or the Blessed Matryoshka). But Gregory took the opportunity to imbue her sweet ride with meaning.

“I did teach the driver one English phrase—the phrase that is written on her scooter: ‘War Eagle!'”