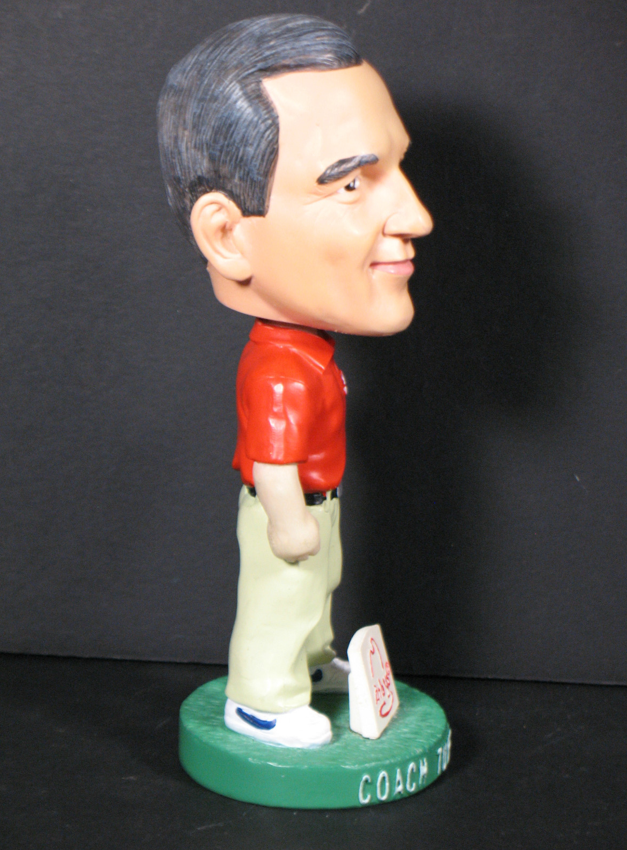 The following article, installment two of a three-part series—Part 1 is here— was extracted from a much larger overall history of the entire Tommy Tuberville Era at Auburn University, and will appear in the upcoming book, Decades of Dominance: Auburn Football in the Modern Era, by your intrepid Wishbone columnists, John and Van.

This time we look at Tuberville’s fourth season on the Plains, when the hiring of two star coaches in the making seemed to indicate a return to the Tigers’ historic winning ways.

Those were the two new faces on the Auburn sideline as the 2002 season began.

Tuberville had dismissed John Lovett and Noel Mazzone and, in their place, brought in Chizik from a successful stint as DC at Central Florida and Petrino from the NFL’s Jacksonville Jaguars.  Petrino wanted to get into college coaching and jumped at the chance to take the reins on an offense with players like Jason Campbell and Carnell Williams.  Chizik wanted to be a head coach and moving from Orlando to Auburn was a nice step in his path; little could we have guessed then where that path would eventually lead both him and the Auburn Family.

The season opened with a very big, very splashy start: at the Coliseum in Los Angeles, facing Southern Cal, on what amounted to a college version of “Monday Night Football.”  (The NFL season would not begin for another week, so ABC televised this game in that time slot.)  The Trojans had been down for a while, but with Coach Pete Carroll in his second season there and rejuvenated quarterback Carson Palmer leading the offense, they were getting back to their historical ways of dominating the Pac-10 and beyond.

The game was close to the bitter end, with Carnell Williams ripping through the USC defense early (before leg cramps slowed him later on).  But with the game tied at 17 deep in the fourth quarter, the Trojans regained the ball and used a short passing game to methodically march down the field, chewing up the clock.  They scored to go up 24-17 as time was nearly gone, and that would be that.

The Tigers, still adjusting to Petrino’s more pro-oriented schemes, reeled off four wins in a row after their return from California.  One was a 42-14 crushing of Mississippi State in Starkville—the first of five consecutive epic beatdowns of the Bulldogs by Auburn.  The other of note was Auburn’s first-ever win against Syracuse, who visited Jordan-Hare on September 28.  The Orangemen were not having a very good season, but they held their own against Auburn the entire way, eventually forcing three overtimes before succumbing to a Cadillac Williams winning touchdown.

(This was the game where, afterward, a New York columnist wrote a piece extolling the virtues of football and football culture in Auburn, Alabama—an article that would make the rounds of delighted Auburn fans’ email inboxes for years to come.)

The next two weeks would bring the season to what seemed at the time a crashing halt.

First came Arkansas, which essentially locked up its place in that year’s SEC Championship Game by crushing the Tigers in Jordan-Hare, 38-17.  They’d beaten Auburn pretty handily in Arkansas in 1999 and 2001, but most Tigers fans thought, “It can’t happen here!”  It did.  Auburn’s defense had no answer for Fred Talley and the rest of the Razorback rushing attack, falling 38-17.  Auburn would go on to again finish in a tie for the Western Division title, but the loss to Arkansas kept the Tigers out of Atlanta.  The Hawg Hex was in full effect.

The next week the Tigers visited Florida in Gainesville for their one and only clash with a Ron Zook-coached Gators team.  Things did not go as planned.

The Gators raced out to a 23-7 lead by the fourth quarter; it could have been worse, but Auburn’s defense held them to three field goals from inside the ten yard line. Even more catastrophically, Cadillac Williams suffered a broken leg in the second quarter that would rule him out for the rest of the season.  (This injury meant he would miss the LSU game again; he would not face the Bayou Bengals as a player for the first time in his career until his junior season.)  Things looked dark indeed for Auburn—until a certain number 23 chose this moment to make his explosive entrance into Auburn history.

Ronnie Brown took over this game, scoring all three touchdowns for the Tigers.  With Jason Campbell stepping in at quarterback in the fourth quarter, the offense reeled off sixteen straight points and tied the game at 23-23.  Damon Duval lined up late to do again what he had done to the Gators the year before in Auburn: beat them on a last-second kick.  This time, however, the kick was blocked.  In overtime the Gators scored a touchdown and then stopped Jason Campbell on fourth down to win, 30-23.

One weapon from the Auburn arsenal was out, but another one had been discovered in Brown.  He would score two rushing touchdowns the following week as Auburn shocked Nick Saban’s LSU in Jordan-Hare, 31-7.  The Tigers held LSU to only 79 yards of passing offense while racing out to a 17-0 lead at the half and 31-0 in the fourth before LSU tacked on a late score to avoid the whitewashing.  Jason Campbell quarterbacked the entire game for Auburn and while going only 7-11 passing for 105 yards, he rushed for 37 and had Ronnie Brown and Tre Smith behind him to account for a combined 175 more.

The next week at Ole Miss became the Ronnie Brown show, as he carried the Tigers to a 31-24 win.  Cadillac might have been in the repair shop but the “Hummer” was just getting revved up.

After a routine pasting of Louisiana-Monroe, Auburn welcomed the fourth-ranked, one-loss Georgia Bulldogs to Jordan-Hare the next Saturday for what would become one of the legendary games—and most painful defeats—in series history.

Despite the Bulldogs being strong favorites, having lost only to nemesis Florida, Auburn led the entire game until the very end.  Ronnie Brown led the way with 103 yards of rushing as the Tigers held a 14-3 halftime advantage.  Unfortunately for the Tigers, Brown injured his ankle in the second half and was mostly ineffective afterward.  Finally Georgia got the ball back in the waning moments and faced a fourth down at the Auburn 19 yard line.  Not just the game itself but also the participants in the SEC Championship Game—both of them—hung in the balance.

Then came 70-X-Takeoff, with David Green hitting a leaping Michael Johnson in the Tiger end zone for the game-winner.

Just like that, Auburn was out of the SEC Championship Game (though they still tied for the Western Division) and Arkansas was in.  Just like that, Florida was out of the title game as well, and Georgia was in.  This is, as far as we can determine, the only time in twenty-plus years of SEC Championship Games that one single play in one game has changed both divisions’ representatives.

Just as bad, Auburn now faced the prospect of literally limping into Tuscaloosa for the Iron Bowl with both Ronnie Brown and Cadillac Williams out with injuries.  To make matters worse, rugged blocking fullback Brandon Johnson was also on the shelf.  Auburn fans watched the date in T-Town approach and wondered what in the world the Tigers would do for a rushing attack.

As it turned out, they did quite well, despite the ninth-ranked Crimson Tide being heavy favorites.

Third-string back Tre Smith stepped in for Brown, with the tight ends serving to block.  The relatively diminutive Smith rang the Tide up for a stunning 126 yards on 25 carries, while big tight end Robert Johnson caught two touchdown passes from Jason Campbell. The defense locked down Alabama and their feared “smoke draw” play, allowing only one touchdown as the game wound down to a 17-7 Auburn victory.  This actually marked the first time Alabama had ever come away with any points against Auburn in Tuscaloosa in three centuries of games there—something Tuberville almost gleefully pointed out after the game, saying, “They did finally score on us.”  It was this sort of thing—sort of a “Steve Spurrier Lite” approach—that made Tide fans really despise Tuberville.  That and the fact that he regularly beat their teams.

Auburn would not be going to Atlanta but they did earn a berth in Orlando’s New Year’s Day bowl—now renamed the Capital One Bowl—for the second time in three years.  This time the opponent was Penn State.  Having had time to heal, Ronnie Brown exploded on the Nittany Lions for 184 yards, leading the Tigers to a 13-9 victory and MVP status while far outshining Penn State’s more heralded running back, Larry Johnson, in the process.

The 2002 season was over with a pair of big wins.  Ronnie Brown had been a revelation when he had burst onto the scene like a supernova following Cadillac Williams’s injury against Florida.  During the offseason, monstrous running back Brandon Jacobs announced that he was transferring from his junior college to Auburn.  And of course Tre Smith, the hero of the Iron Bowl, was only a sophomore.  Talk of the “Four Horsemen” buzzed around campus and across the Auburn Family.  Added to that, a more mature and consistent Jason Campbell at quarterback, a strong defense, and a squadron of very talented young receivers such as Ben Obomanu and Devin Aromashodu, who had come on in a big way during the year, seemed to indicate that 2003 was going to be a very big year for Auburn.  A very, very big year.  Maybe a national championship year.

Or so we all thought.