Yesterday, my seven-year-old daughter saw the Toomer’s Oaks for the first time since the pruning . She was in the passenger seat. She looked up, then she looked back down. She said “I don’t want to look at them.”

We’re at that stage now. Kids don’t want to look at the Toomer’s Oaks.

But kids will also likely be the last to give up hope that the trees can be saved. At least a little girl named Sarah hasn’t given up hope.

After news of the poisoning broke, there were tons of them—cards, posters, rolls of toilet paper, flowers. They were out there for weeks. The university eventually gathered them up and put them on display in the library. The barricades have been bare of Get Well Soons ever since. But when I walked past the oaks this morning, nearly two weeks after they were mangled almost beyond recognition, there was a new, solitary card clothes-pinned to one of the bars, flapping in the wind. 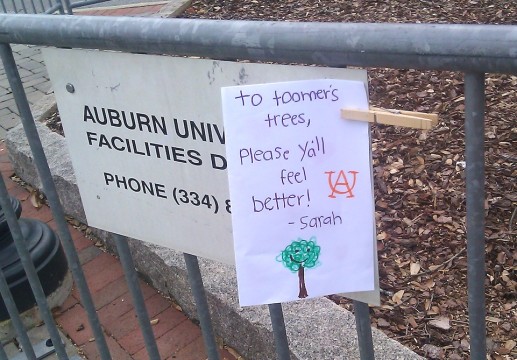 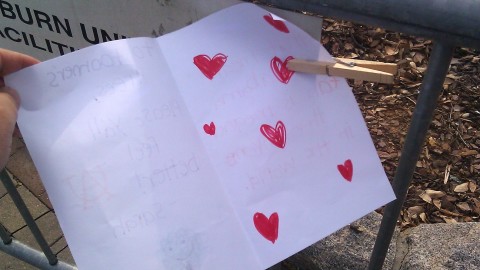 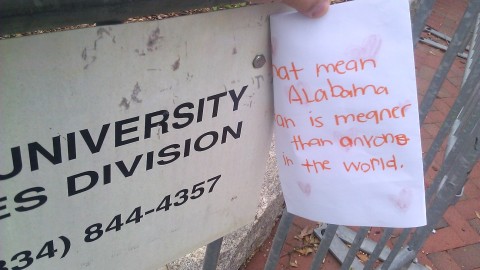 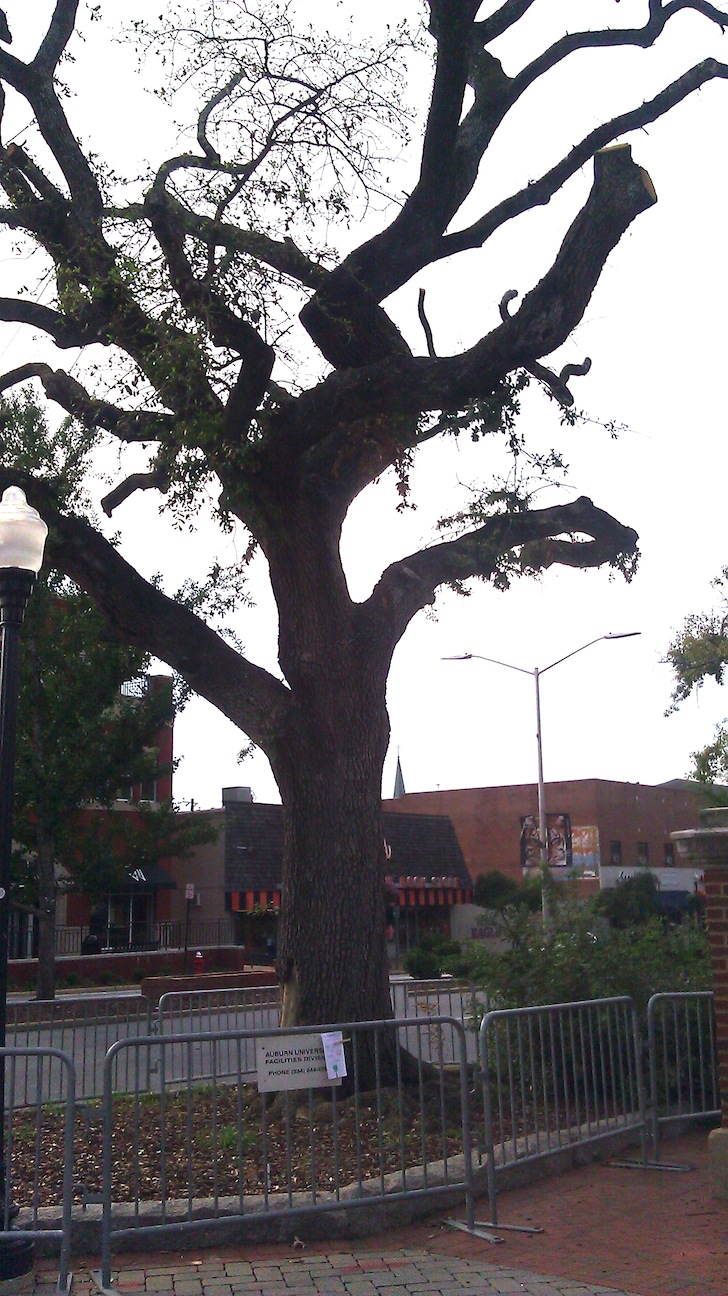 Last week, the university released a statement that said the oaks were likely “the long term outlook for the trees is not good.”

Sarah, and probably hundreds of other kids in Auburn, didn’t get the memo.