All that stuff I said? Well, this one might have made it regardless of location—the word Tiger is in the title, for crying out loud, and the ad has China Lee is in a tiger suit. I could have found an Auburn excuse to slip it on TWER if I had to, Woody Allen style—Miss Lee only shows up at the end for two titillating minutes completely unrelated to the plot because Mr. Allen “promised to put her in the movie, somewhere…”—but since What’s Up, Tiger Lilly? was the main attraction at they War Eagle Theatre for the second half of October 1966—the irony of it not playing at the Tiger Theatre makes it even more Auburn— I don’t have to. 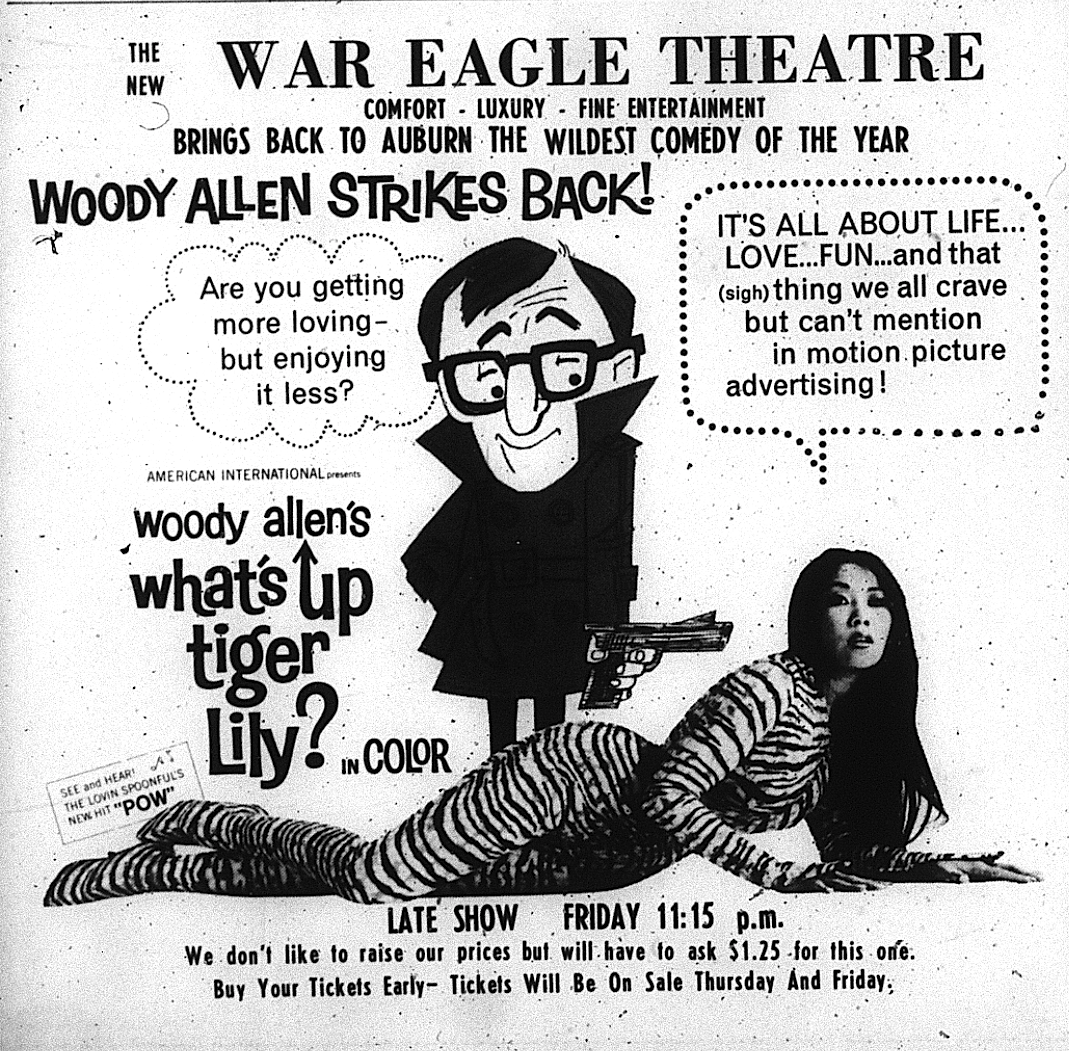 It was an expensive ticket, sure, and they hated themselves for it. But don’t forget that the “new” War Eagle apparently offered “East Alabama’s Finest” movie-going experience in terms of luxury and comfort. (It also offered plenty in terms of “that thing <sigh> we all crave but can’t mention in motion-picture advertising,” but much, much, much, much, much more on that later.)

Oh, or you could go see a Fellini film sponsored by the Architecture and Arts Council.

Previously: “Boy, Did I Get A Wrong Number.”