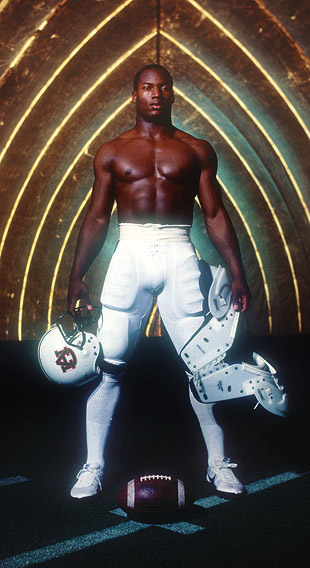 Bo Jackson will be the subject of the final film in the new slate of documentaries in ESPN’s 30 for 30 series.

Here’s the just-released description of You Don’t Know Bo:

Bo Jackson hit 500 ft. home runs, ran over linebackers, and—for a small window—he was the best athlete we had ever seen. You Don’t Know Bo is a close look at the man and marketing campaign that shaped his legacy. Even without winning a Super Bowl or World Series, Bo redefined the role of the athlete in the pop cultural conversation. More than 20 years later, myths and legends still surround Bo Jackson, and his impossible feats still capture our collective imagination.

The film is being produced by Michael Bonfiglio and may possibly, if you’ll allow a little shameless, promotional counting of pre-hatched chickens, include among its contributor credits a certain daily meta-memoir (but now that I’ve written that almost certainly won’t).