Another full year’s worth? Why not. Here are the Phil Neel-illustrated covers for the programs for every Auburn home game in 1960.

Remember that thing about Neel first drawing Aubie all ferocious in the very beginning and then softening him into a tiger trickster? Well, Mean Aubie was back with a literal vengeance in Auburn’s season opener, and with good reason. Auburn’s 3-0 loss to Tennessee in 1959 was its first since 1956. On the cover of the program for the 1960 game against the Vols, Aubie has a field-goal sized knot on his head which can only be soothed by the blood of a hillbilly. The recurring Aubie-out-for-revenge theme was born. (And you have to love the squirrel rifle pun.)

Further into the season we see Aubie about to club a Chattanooga moccasin, letting a Mississippi State bulldog pull a bucket of maroon paint on itself, tossing a stick of dynamite to a Georgia bulldog, and simply allowing an arrow-shooting Seminole to defeat himself via ricochet.

But I think my favorite confrontation is on the Miami cover. A Miami player points an electric fan at Aubie who just stands there with a football in his hand and a WTF question mark over his head. Brilliant. 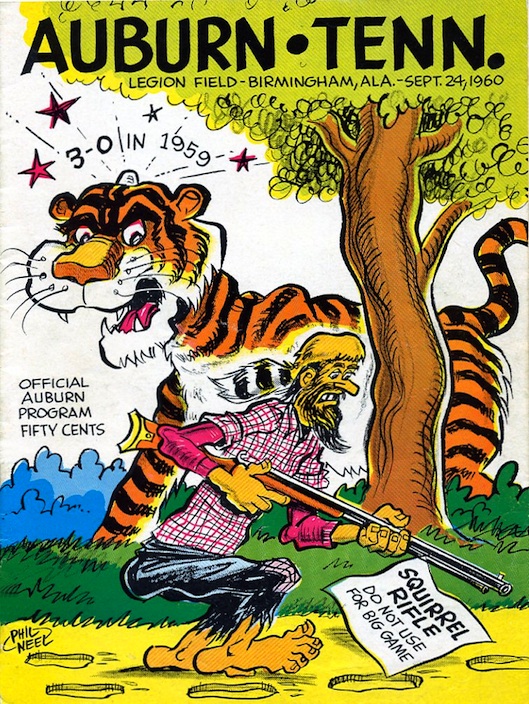 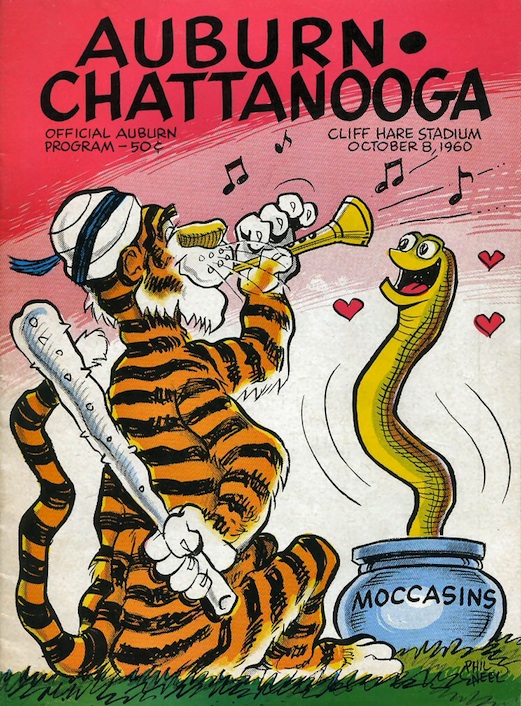 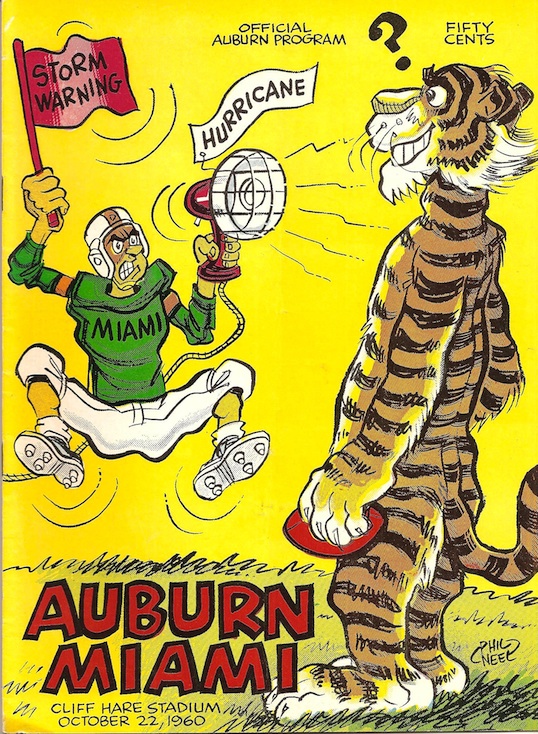 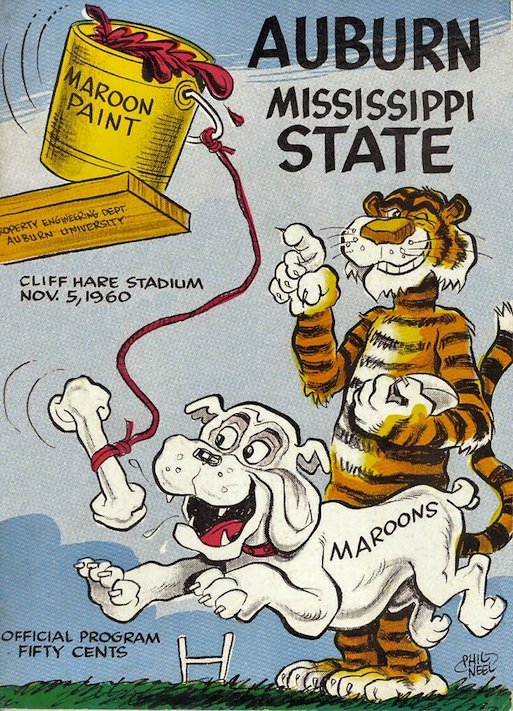 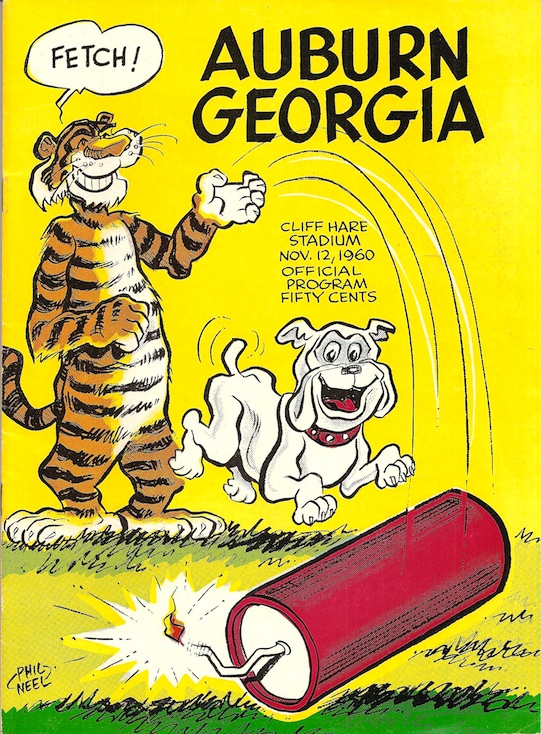 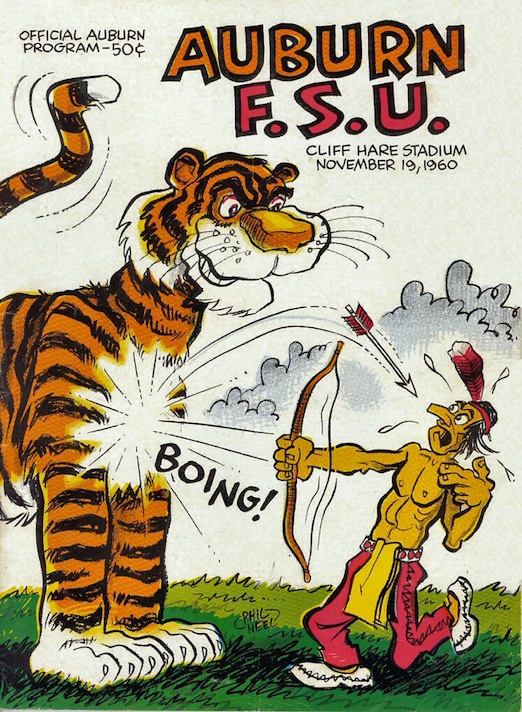