There’s so little we know about what went on during the Barfield-era of Auburn football. So very, very little.

You’d think that some never-before-seen photos of AU defensive coordinator P.W. “Bear” Underwood and his defensive tackles / stackles taken on Picture Day 1977 would help along these lines. But they don’t… they don’t. 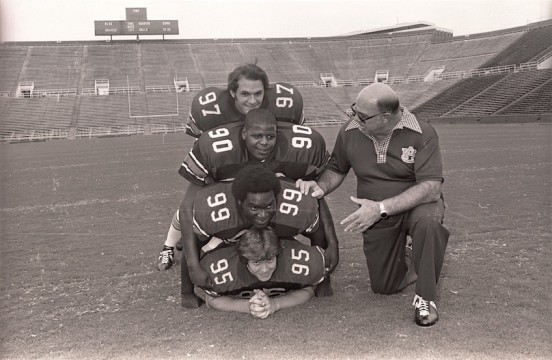 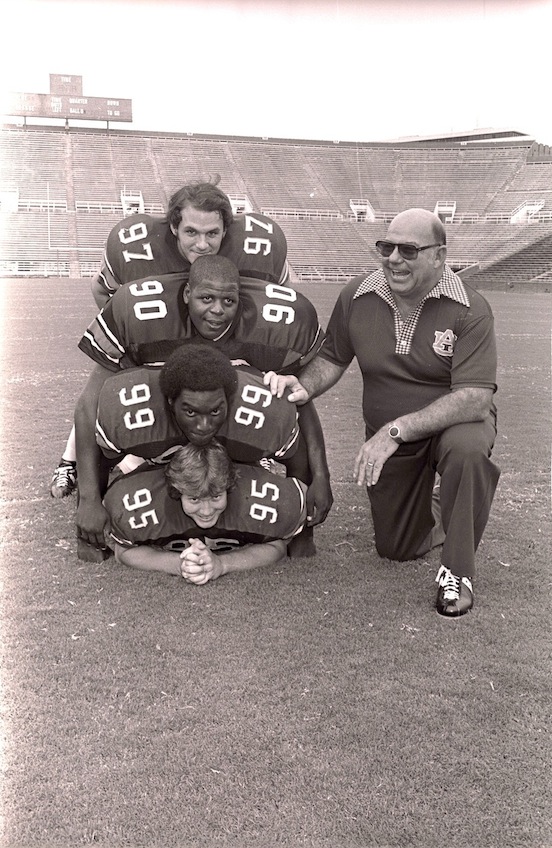 Here’s another same-day shot of the now officially legendary—as in right now, as soon as that outfit pings your peripheral optic nerves—football fashionista looking every bit the part of a 1970s cult leader-pornographer, in a good way. 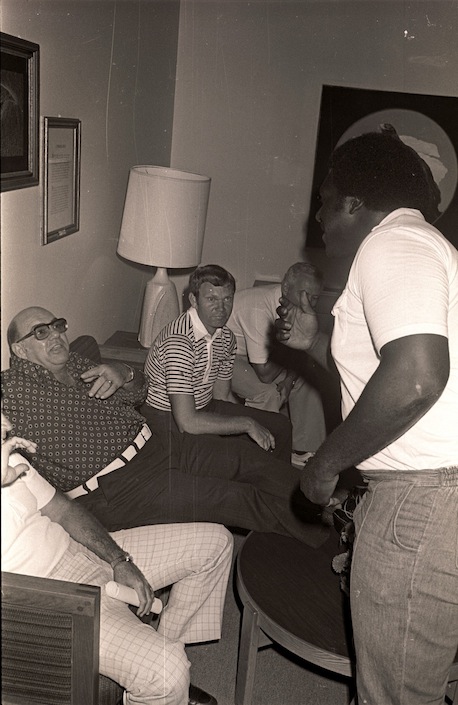 Oh, and speaking of inscrutable football fashion choices, here’s a photo from the same roll of Auburn players on a dining hall safari! 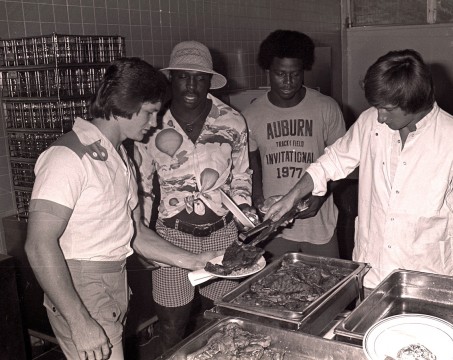 Yes, of course captions are welcome. Love you late 70s, Auburn… it was the best-dressed of times.