Sure, it’s an April Fools issue, but other than the name (which, as it’s also the humor-writing nom de plume of the 1964 editor of the Loyola Maroon, I’m assuming was the Jane Doe of mid-60s college comedy), this shot of Rosen’s Randy Rabble chasing “Modine Gunch” in her new “uniform” across campus  is actually the only thing done without a wink in the April 1, 1965 issue of the Plainsman. And, hey, even if wasn’t, let’s not kid ourselves—this wasn’t the Loveliest’s first bikini and it won’t be her last. 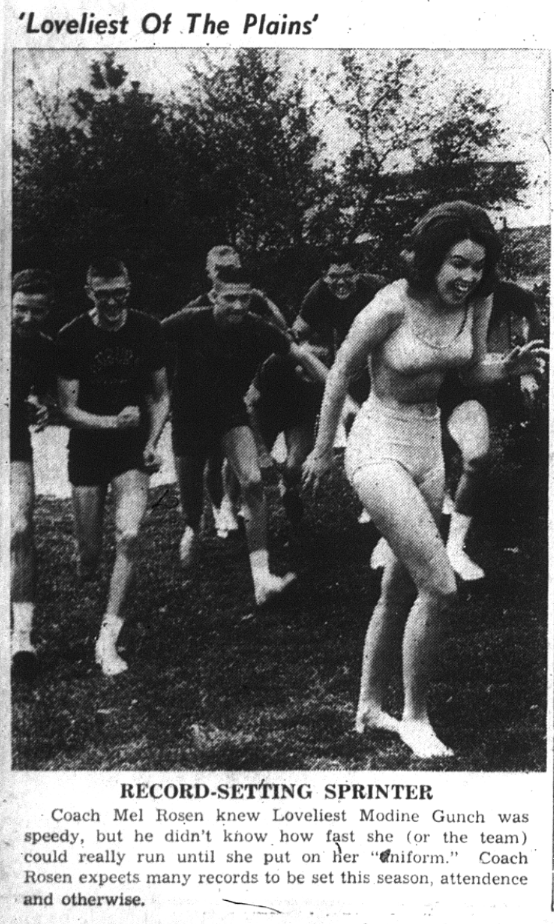 If you know the true identity of this Loveliest, please let us know. If her name really is Modine Gunch, please accept our apologies.

* Muhammad Al on the Haley Center concourse
* Playboy in Auburn, 1989
* Who’s the kid with the Auburn shirt in “Return of Swamp Thing”?