Fifteen minutes? Shanna Henderson has at least earned half an hour of fame and is still in the running for more.

The show started with 14 contestants. It’s now down to eight. Henderson is one of them.

Last night’s episode had Henderson and Co. in bathing suits tossing Slushies on each other and singing along to Pat Benatar’s “Hit Me With Your Best Shot” and Blondie’s “One Way or Another,” which is very Glee.

“We are being inducted into all things Glee,” Henderson said. “It’s gonna hurt, but whatever.” 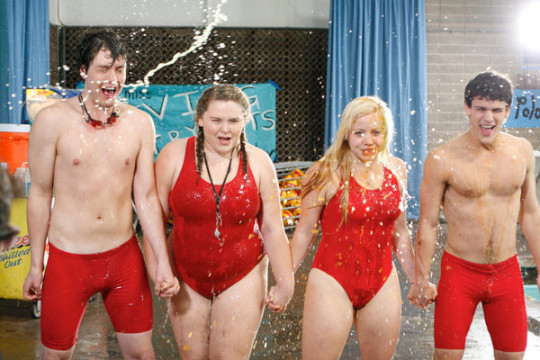 In 2009, Henderson was runner-up in the month long Auburn Idol contest. A year later, she won it.

She also performed solo at the Auburn Athletic Department’s inaugural AUSPY awards last year. She’s the manager for Auburn Gymnastics and she regularly sings the Star Spangled Banner at home meets. She can play a mean tuba. And judging by last night’s episode, toss a mean Slushie.