No, it’s not evidence that even ancient American cave dwellers despised Tide fans (as if you need evidence), it’s some sort of folk art graffiti recently discovered by Kenny Smith that proves at least one patron at Moe’s Original BBQ doesn’t care for Tide fans (at least those suffering from penilepedalism or whatever is going on there). 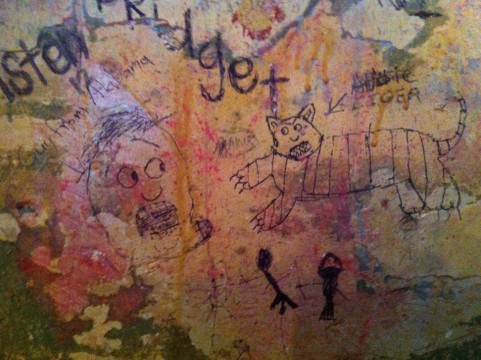 It’s not as deep as what’s going on at Firehouse Subs, but still surely worthy of a Photo of The Day.

* Grandma Got Run Over by a Reindeer? Written by an Auburn grad
* That time Auburn football was adopted by a Jesuit university in Philadelphia
* Captain Bullfrog is an Auburn fan
* Auburn creams Tuscaloosa in ‘brainpower index’ rankings
* Bear Bryant, Auburn fan?
* Catching up with Auburn’s former Sports Illustrated swimsuit issue model