Piece of the Goalpost from the Iron Bowl (1982) 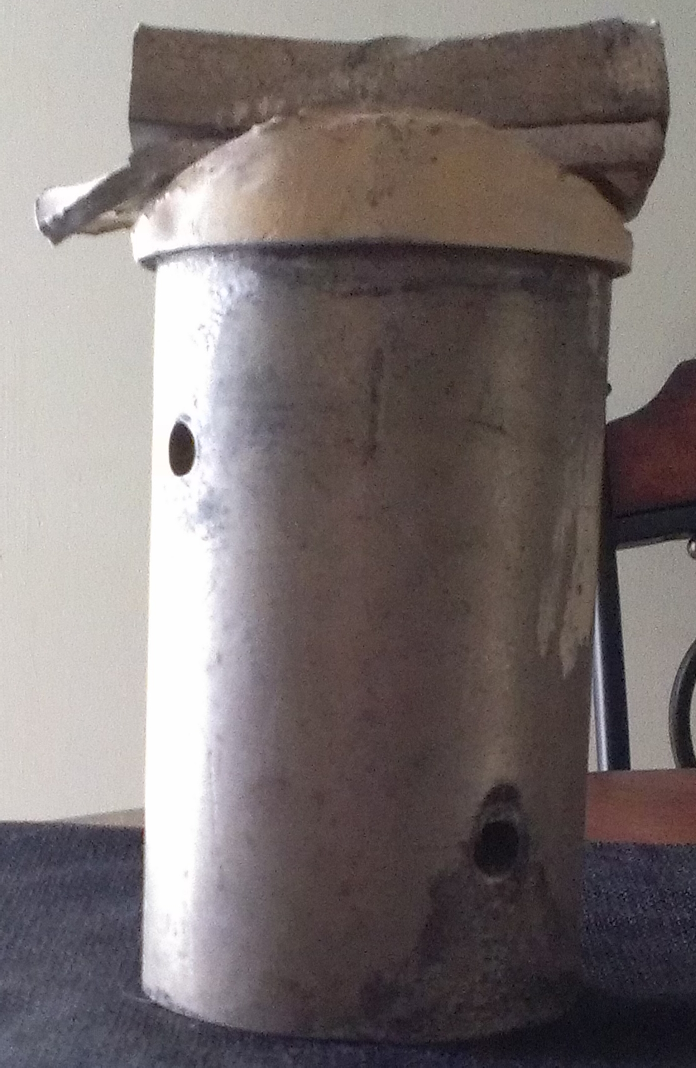 “I’ve enjoyed looking at everyone’s War Eagle Relics and see a lot of things that I have as well…..the coke bottles, ticket stubs, stickers, etc. This pic that looks like a busted chunk of metal needs a little explanation. It’s a piece of the goalpost from the 1982 Alabama game – ‘Bo Over The Top.’ The fans rushed the field, tore down the goalposts and deposited what was left of one outside the Auburn locker room at Legion Field. I decided that this historical relic had to go with me and I worked this chunk off the crossbar… that was a great day!”

Perhaps no game in the modern era (or any era, really) of Auburn football has meant more to the school’s football fortunes. Without it, who knows if there is a First Time Ever in 1989 or even a BCS Championship Game win 28 years later. That may seem like a stretch or a bit over the top, if you will, but the ramifications of this game can’t be denied. It proved that after nearly a decade of Alabama domination, the tables were finally turning. It proved that Pat Dye’s famous “60 minutes” quote was not just a good sound bite. It sent Bear Bryant off with a loss in his final Iron Bowl as a head coach. It is the focal point for the beginning of a golden era of Auburn football that all of the success we have had since can be directly connected to in some way or another. To have been there when it happened and walk away with a piece of that history in the form of a broken off chunk of metal from a goal post torn down in euphoric celebration is about as cool as it gets.

This is what the front of the sports page looked like in Birmingham the morning after Bo soared over that pile of humanity. Dye greeting Bryant for a post-game handshake over the headline “Auburn ends a nine-year wait” is nice, but it almost seems too understated. For the Auburn fans who had endured such a terrible stretch in the rivalry’s history, I’m sure it didn’t matter what the headlines read as long as they got the score right. 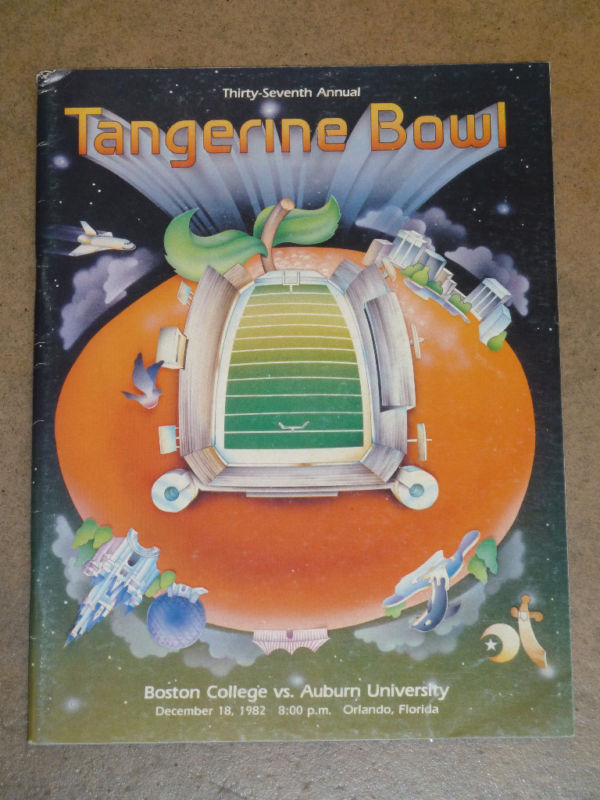 Sticking with 1982 a little longer, here is the cover for the Tangerine Bowl program that Auburn played in following the season. The Tigers defeated Boston College 33-26 in their first bowl since the 1974 Gator Bowl win over Texas. This game also started a streak of 9 straight bowl appearances. This was the last year the game was known as the Tangerine Bowl. It became the Florida Citrus Bowl the following year before adopting its current, soulless, corporate-sponsored Capital One Bowl moniker in 2003. The winner of that 2003 game? The Auburn Tigers.

Speaking of 2003, here is the cover from that ill-fated season’s media guide featuring both greats (Karlos Dansby, Dontarrious Thomas) and great names (DeMarco McNeil, Monreko Crittenden). I’ve made reference to the disappointment that was that season numerous times in the past, but it really did leave a mark. Auburn entered with sky high expectations and immediately crashed and burned. I purchased this media guide while in Auburn for a wedding that summer and read it cover to cover. I probably knew that team as well as or better than any that came before it. At another, non-Auburn wedding later that summer I bet a Maryland fan (who I would never see again) $50 that Auburn would finish in the top 10. I had to send that guy a check. That stung. I’m not a superstitious person, but since that day I have never bet on Auburn football and I have never bought another media guide.

“Auburn takes over Destin, #wareaglerelics style. Pulled it out of the collection from my youth. Reminds me of Reggie Slack #1989”

Andrew tweeted this picture last weekend from his vacation spot at the beach. I love to see a former player still (literally) flying the flag for Auburn. That he chooses to fly a flag from the ‘80s with that loveable pouncing tiger only makes it that much better.

From the Pouncing Tiger on a flag to the other classic “Jumping through the A” Tiger on what looks to be a hand-carved, state of Alabama shaped wall clock. No way to tell how old this one is–probably late, late 70s or early early 80s–but it has the look and feel of a true relic even if it was made last week (which I seriously doubt). An excellent eBay find.

That’s it for today (To see past weeks treasures, click here). Thanks as always to our contributors, including our anonymous friend who contributed the first three items (surely the statute of limitations is up on the goalpost destruction by now). If you have something you’d like to share, shoot me an email at [email protected] or tweet me @FearlessandTrue.