This installment of War Eagle Relics is the first to solely feature the submissions of a single contributor, but the multitude of magnificence that he sent in is just too good to divide up over multiple posts. This collection of autographed Auburn posters just belongs together, if not in a museum. 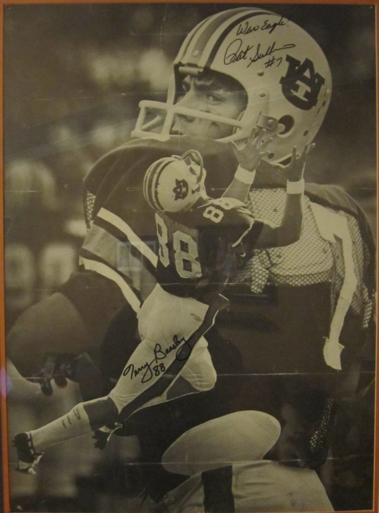 “Here are a few old posters I have collected over the years.  The Sullivan/Beasley black and white was taped to the back of a bedroom door of my grandparents’ house in Enterprise as long as I could remember.  The day I noticed it was not hanging anymore was the day I asked for it.  It hung in my Auburn apartment in the early ‘90s and I added the autographs in the late ‘90s.  I’ve added the autographs to the other posters in the last 10 years. War Eagle!” 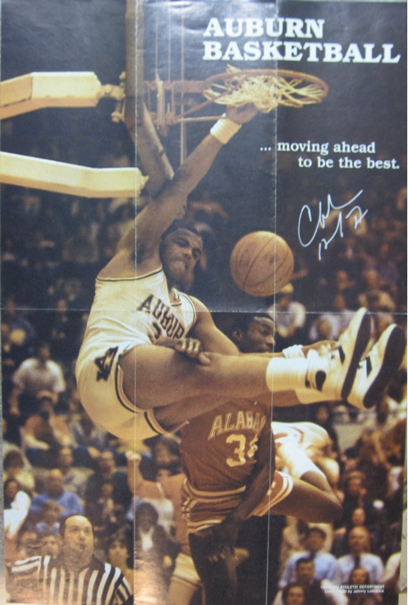 Is there a better image in Auburn basketball history than this one of Charles Barkley throwing down with authority on a Bama player, his legs completely parallel to the ground? This was the definition of getting posterized before that was even an expression (is that still an expression? I’m getting old). 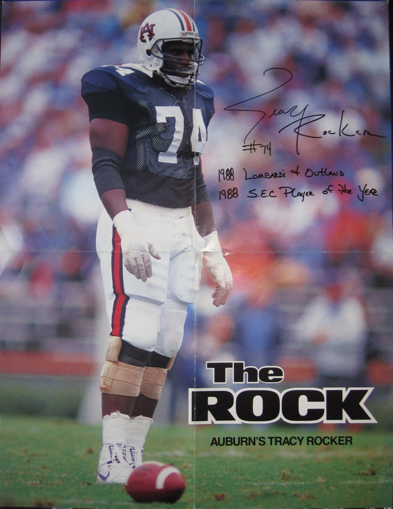 Auburn’s former national championship winning defensive line coach back when he was just an All-American, Auburn Team of the Century, Lombardi and Outland Award winning, SEC Player of the Year with a nickname as imposing as his body. 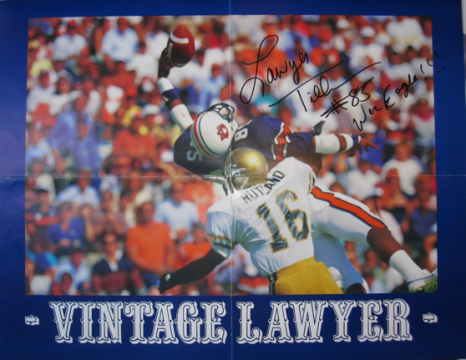 Lawyer Tillman was the first non-Bo Auburn athlete that I really learned about as a young sports fan. A friend in the neighborhood whose father had gone to Auburn told me tales of his exploits and made him sound like the greatest receiver who ever lived. That kid would later become my freshman year roommate at Auburn. Lawyer Tillman would forever become one of my all-time favorite Tigers. 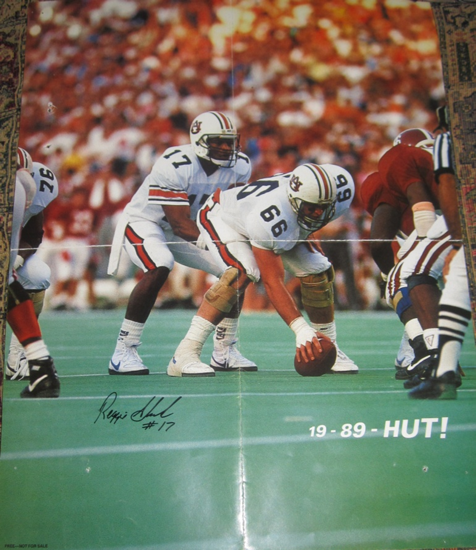 I love the minimalism of this poster. Just Reggie Slack preparing to take the snap against the hated Crimson Tide seems like a relic after the last couple of years (though such images are expected to return this season).  The year-as-snap-count tagline works well. 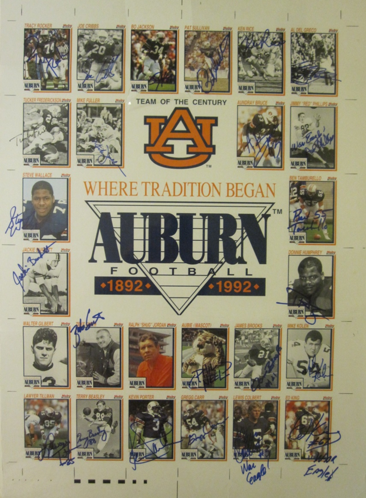 Here we get a different version of the Auburn “Team of the Century” poster, complete with autographs of every surviving member of the team (even Aubie). Impressive. 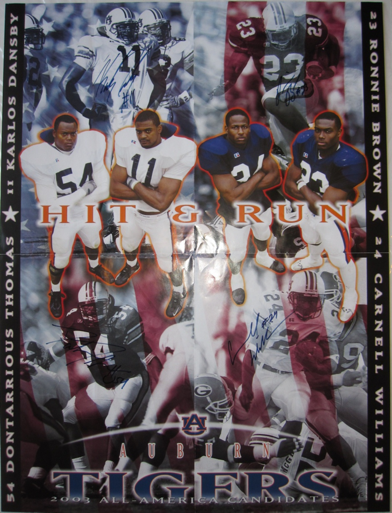 This promotional poster touting the Tigers All-America candidates from the 2003 season features four of the Tuberville era’s greatest players in one place. While Karlos Dansby was the only player of the four to make an All-America team that season (American Football Coaches Association), Cadillac would follow in 2004. Looking at that poster and remembering the collection of talent and lofty preseason expectations, it is hard to fathom why the team struggled so much in ’03. Oh, wait. No it isn’t. NALLSMINGER.

That’ll do it for this week, with special thanks again to Coletrain for sending in his Louvre (or at least Lovelace) worthy collection. We’ve already got more goodies lined up, but we’re always looking for more ([email protected] or @FearlessandTrue). In fact, seeing DT and Dansby together reminded me of something else I have that might be worth sharing. Until next time…

WAIT, STOP THE PRESS! Because we just received another… 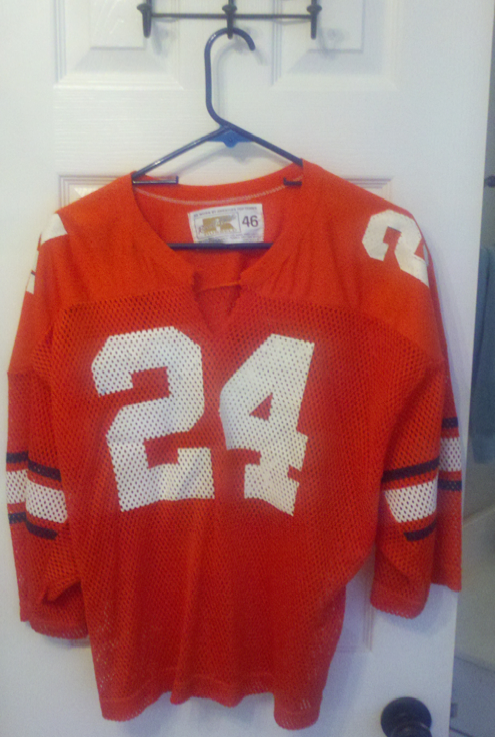 “I bought this at a memorabilia auction.”

Yep, No. 24 is on the board, folks… with a cool little collar cut-out no less. Thanks to Kelly’s timely submission, the quest to track down ever Auburn orange jersey continues, as does the streak: Four orange jerseys in four posts. Can we keep it going? Can we make it five? You gotta believe.