It’s nice to know that I’m not the only one to enter ecstasy upon hearing Shug’s drawl. Just hours after posting video of Shug’s speech at the dedication of Jordan-Hare Stadium in 1973, we received an email from one of his old players, G.W. Clapp, reminiscing on the inspirational viscera of Auburn football practices in the late 50s…

“Upon hearing Coach Jordan’s voice my mind and body were pulled back into the 1950’s and the pre-season ‘killer’ two-a-day fall workouts.  With sweat and blood abounding, I recall hearing Coach Jordan blow his whistle as he descended from his tower to give us a rest break.  We would take a knee around ‘The Man’ and he would change the subject from football to the hard fought tank battles he was involved in during World War II in North Africa.  And, yes, he even mentioned his Sunday afternoon front porch swing visits to ‘Fessor Hare’s’ home on South Gay Street while he was a student at A.P.I.”

… and sharing by way of attached scans the written word of The Man (and his penchant for neck exercises), as well. Here are three letters from a coach to his player during possibly the greatest era of Auburn football ever. 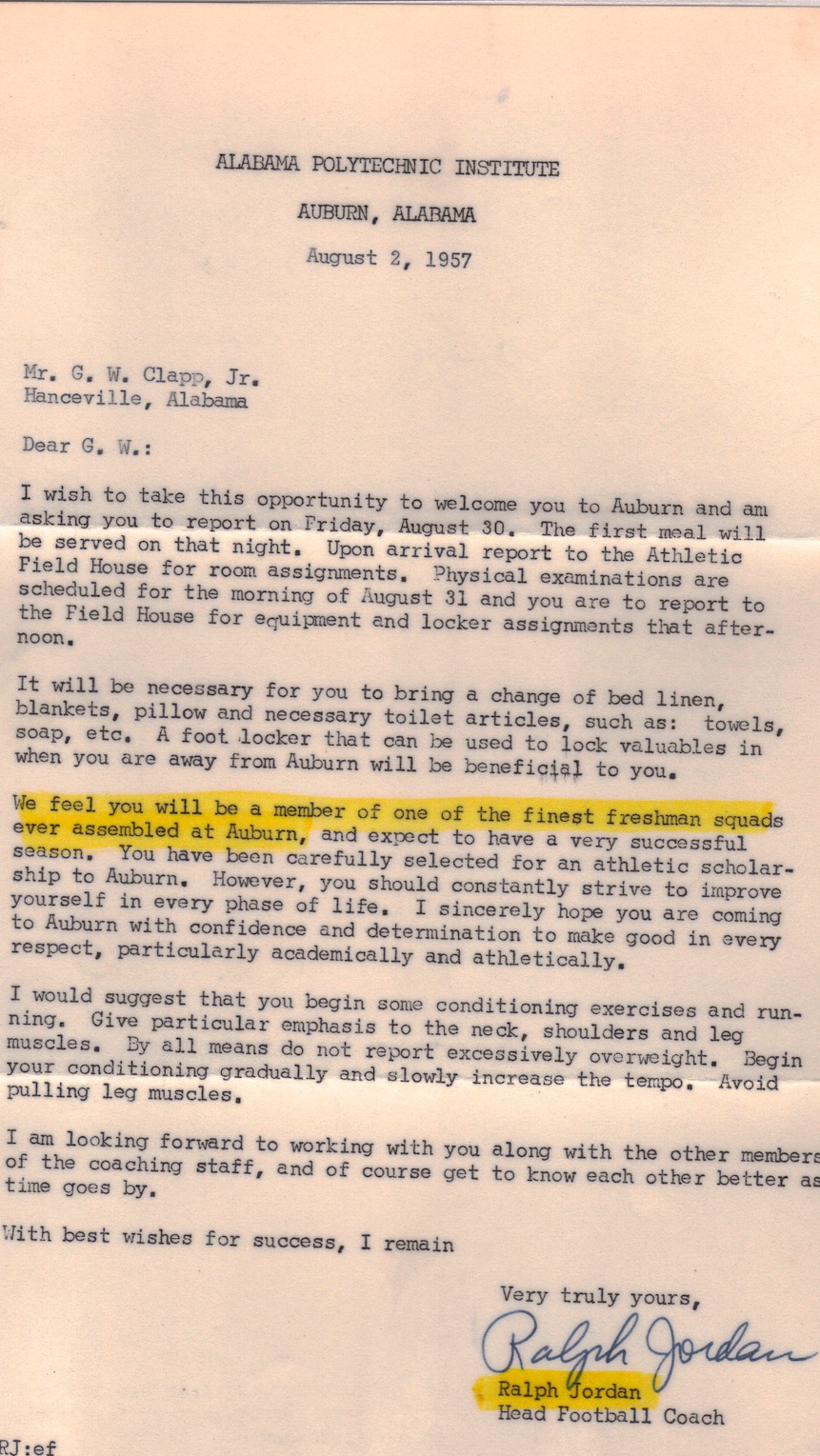 “Letter Two, sometime in August, 1958 was to the defending National Champions and prior to our opening kickoff with Tennessee in Birmingham on September 27, 1958.  This was Auburn’s first regular season game ever on national TV  and the national TV game of the week when there was only one TV game per week across the USA.  For those who are unaware, Auburn won 13-0.  Tennessee had no first downs and minus 40 yards total offense.” 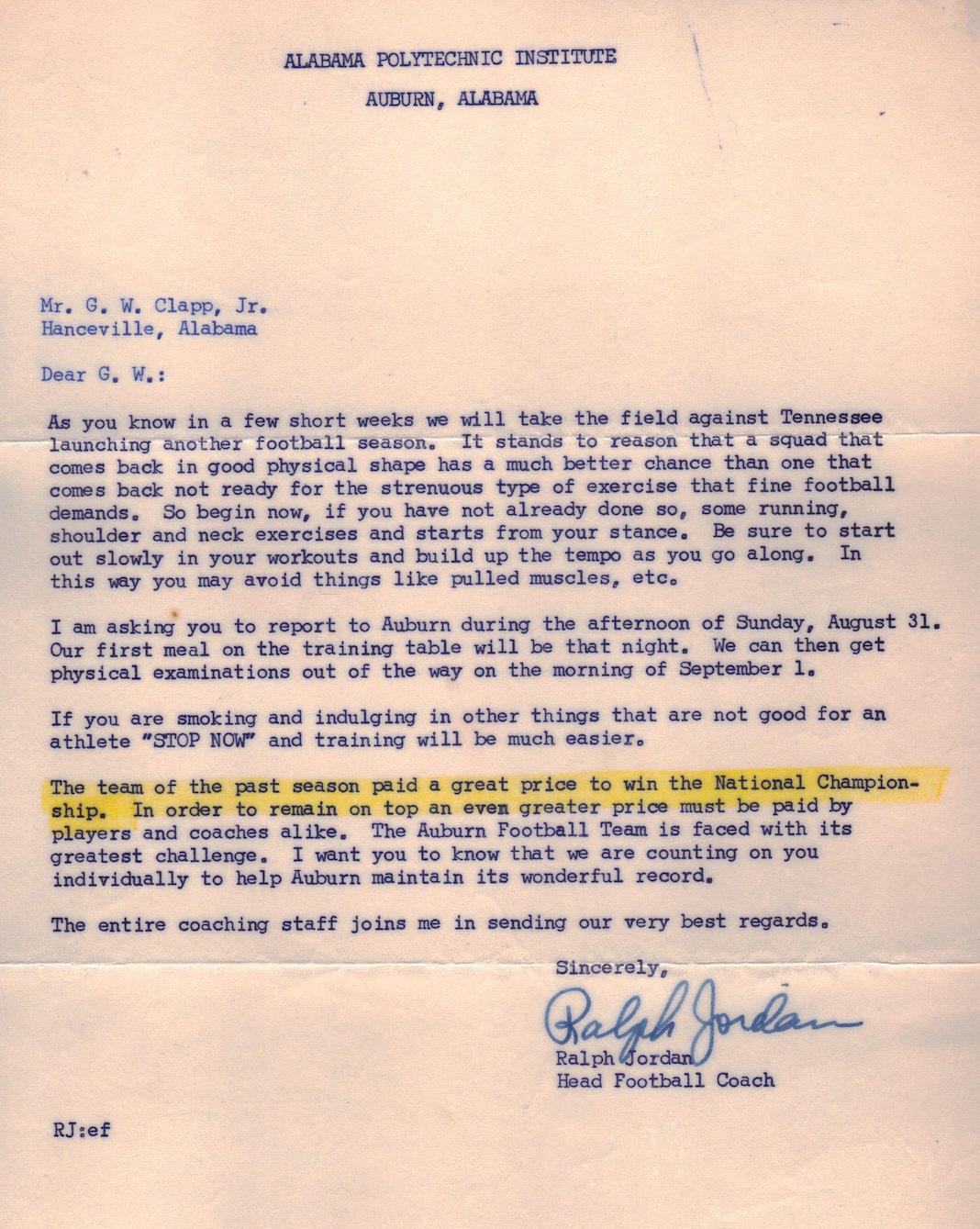 “Letter Three, dated July 28, 1959, was to remind the team that Auburn at that time had one of the greatest records ever compiled in southern football – 23 games without defeat, and that an even greater effort would be needed for our first game against Tennessee in Knoxville. The rest is history.” 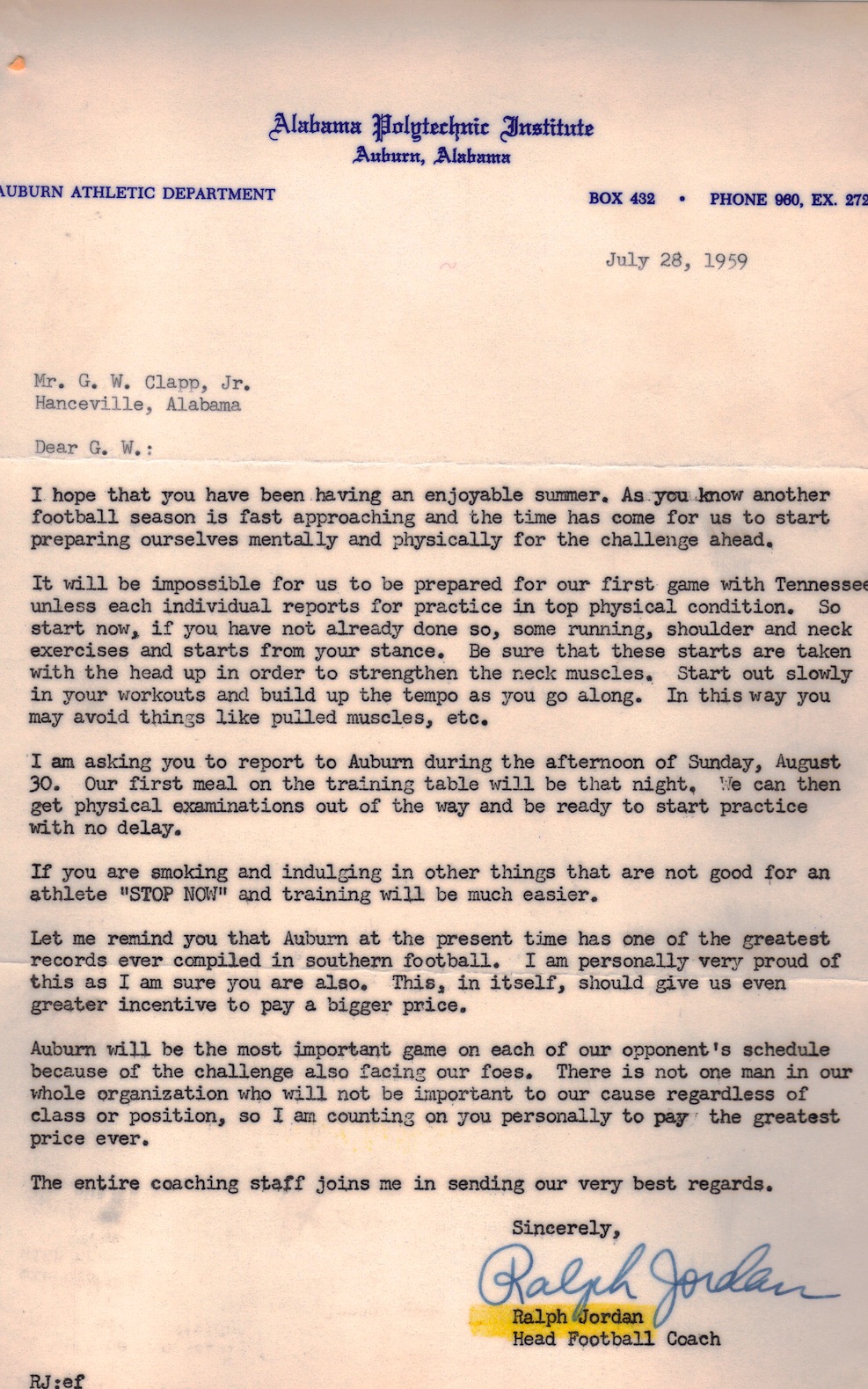 Mr. Clapp closed with “I cherish my time at Auburn.  I thank the Lord each day for letting me be a student at Auburn in the 1950’s and playing for ‘The Man,’ Coach Ralph Jordan.”