Here’s how Auburn Network legend Paul Ellen started his review for The Plainsman: “For at least one day, President Philpott ceased to rule the campus and east central Alabama became a monarchy. The King was here.”

That one day was March 5, 1974. The concert had been sold out for two weeks. The only other time the coliseum had truly sold out for an entertainment event had been Bob Hope’s stop three years earlier. The University Book Store sold nearly 200 copies of assorted Elvis albums the days leading up to the show. Col. Parker said Auburn was just as important to Elvis as New York City.

The “no flash photography” made it difficult on Larry Parker, the Glom’s photog phenom, but he still managed several fantastic, never-before-seen shots of the rhinestone’d hunk of sideburnin’ love and his on-stage entourage, Sweet Inspirations included. 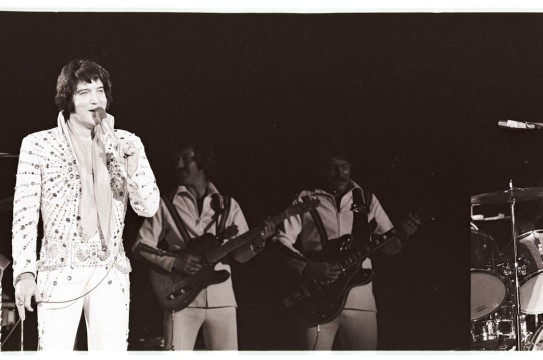 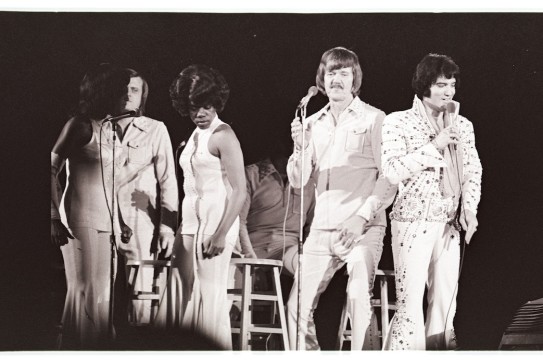 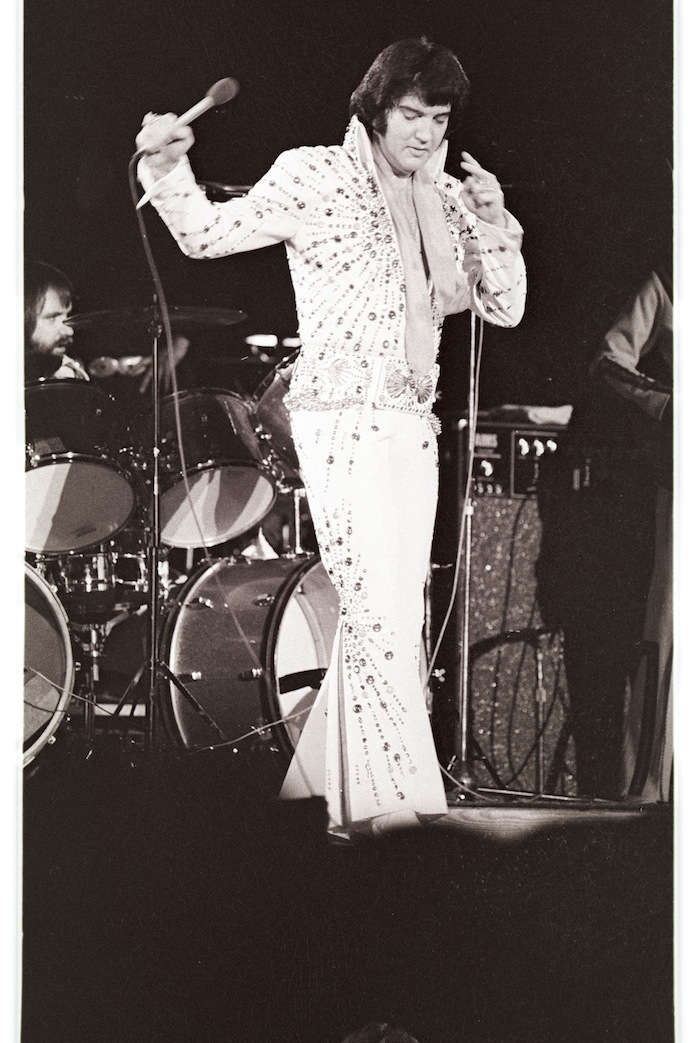 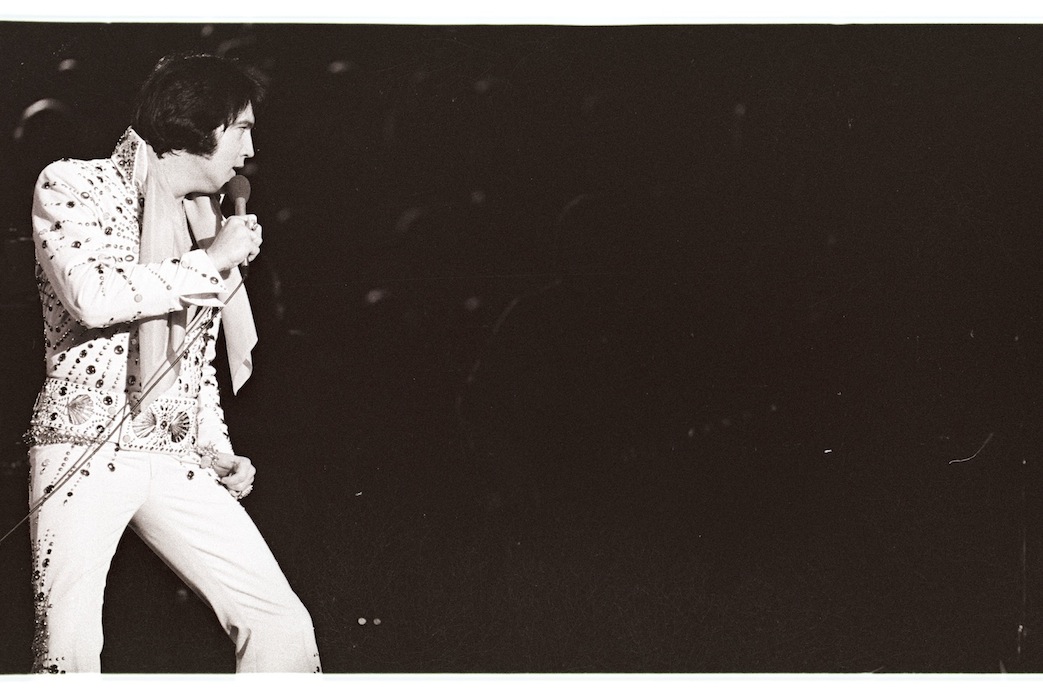 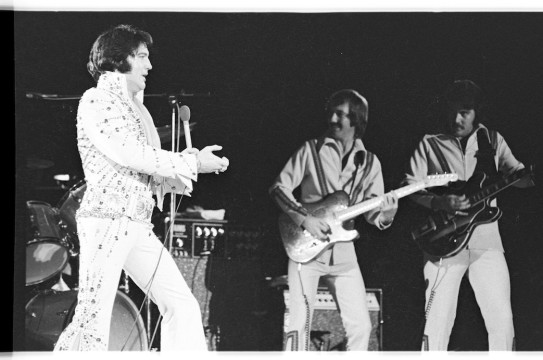 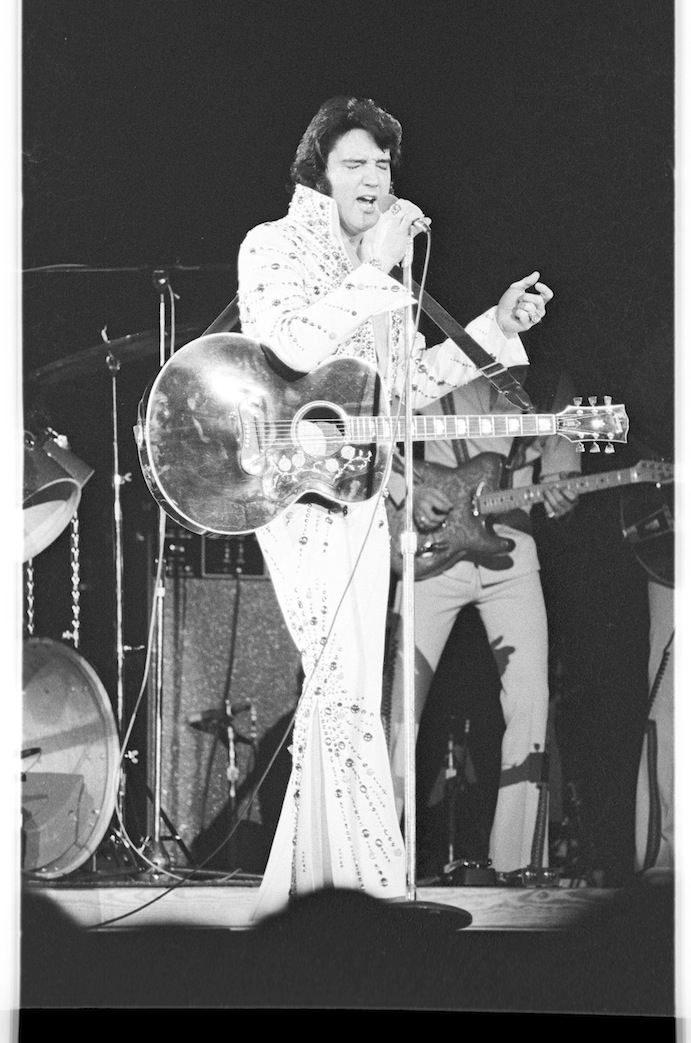 Unlike that year’s Beach Boys concert, not a single coed took off her clothes. But a girl did slip past stage security long enough to receive the King’s scarf. And we now know that, thankfully… thankfully very much… someone bootlegged the show, “War Eagle” and all.