It’s Watch a 1959 Auburn Play Develop Via Rare Color Snapshots From The Stands Tuesday, brought to you by photographer J.B. Hollingsworth and archivist Allen Spain! These fine specimens are from that year’s Auburn-Tennessee game, the SEC opener and first game of the season for both teams. Click to enlarge. 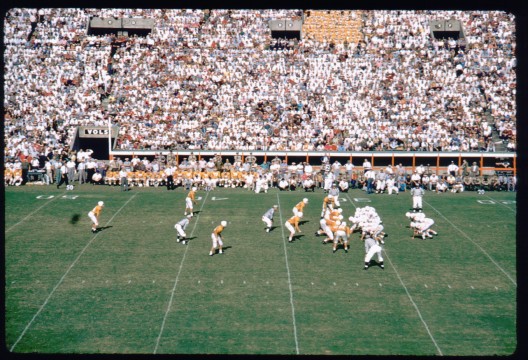 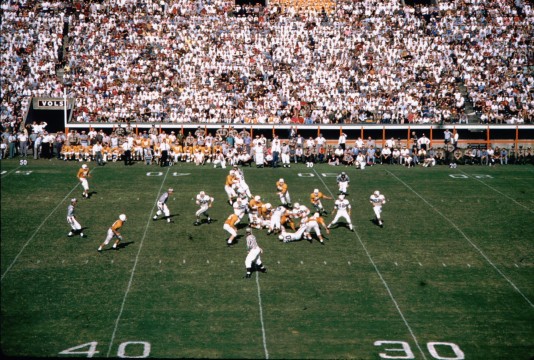 Tennessee beat Auburn that day, something no one else had done in almost three years. It was a defensive slug fest, duh—maybe the above photos show Auburn en route to one of their nine first downs.

The only score was a 19-yard Tennessee field goal in the second quarter. We got down to their seven, we got down to their ten, but no cigar—except for those smoked (and I’m sure there were) amongst the estimated 2,000 Auburn fans who celebrated the life of the of 24-game undefeated streak (rather than mourning its death) at Toomer’s Corner after the game, loss notwithstanding.  Win, lose—War Eagle. That’s what we were known for once upon a time. Like, really, really known for. And not just sighs of “War Eagle anyway” walking back from the stadium—shouts of “War Eagle always” on the way to the post-loss pep rally.  Don’t cry for me Argentina. War Eagle for me AUrgentina.