A lot of things have changed for women at Auburn since the late ’60s: Enrollment statistics, housing regulations… slang for certain parts of their anatomy.

And of course attitudes that would permit a sign advertising the lecherous activities of “The A.U. Squirrel Club”—”Men: Please keep to the inside to assist fellow members. Coeds: Please walk close to the rail and smile as you ascend”—to hang from an outside stairwell at Haley Center for at least a day without protest (and permit a photo of the sign in the 1970 Glomerata—though the below photos, which include a willing model for extra context, were never published). 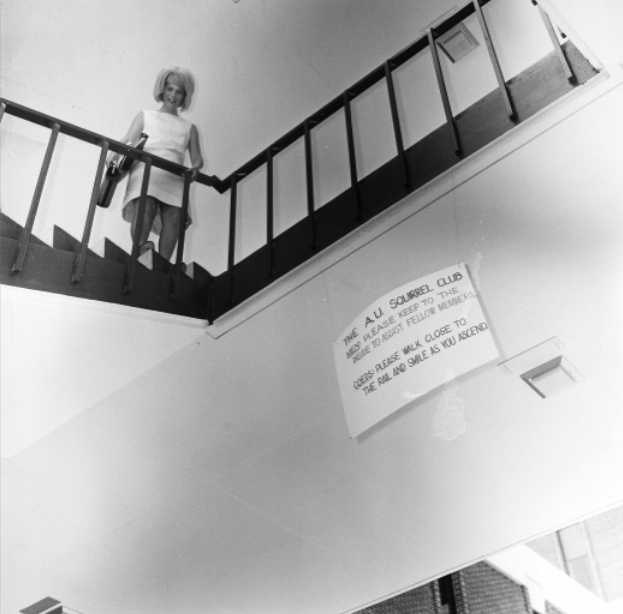 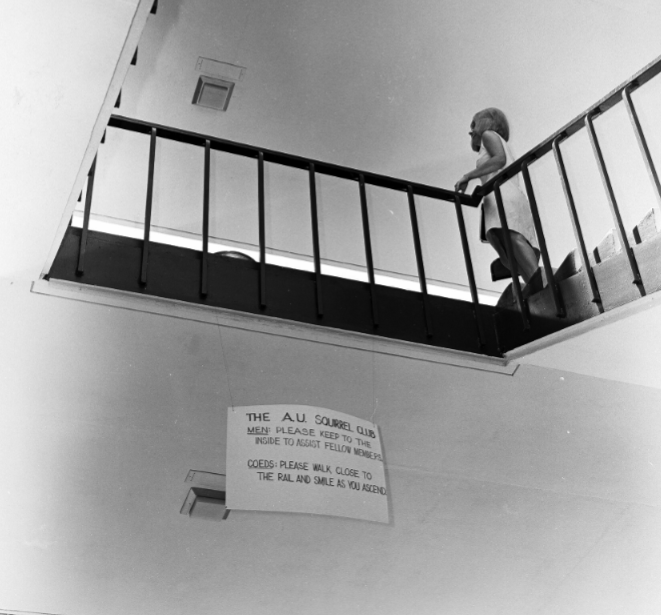 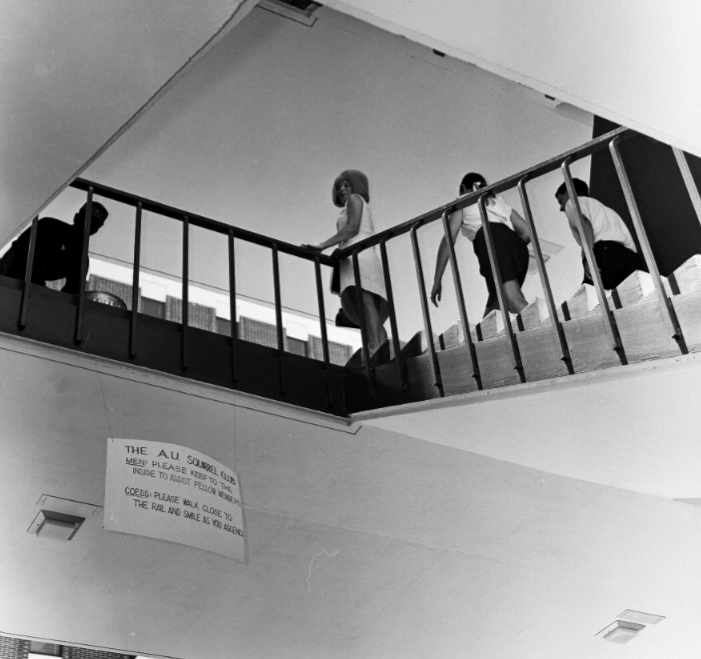