A gallery of photos (his favorites, he says) taken by a dude named Anthony Lambing during his recent five-month walk across America went viral yesterday via Reddit (it has received more than 1 million views in less than a day). And there among the train tracks and vintage Coca-Cola signs and old cemeteries proudly stands our blurry alma mater, Samford Hall to be specific. 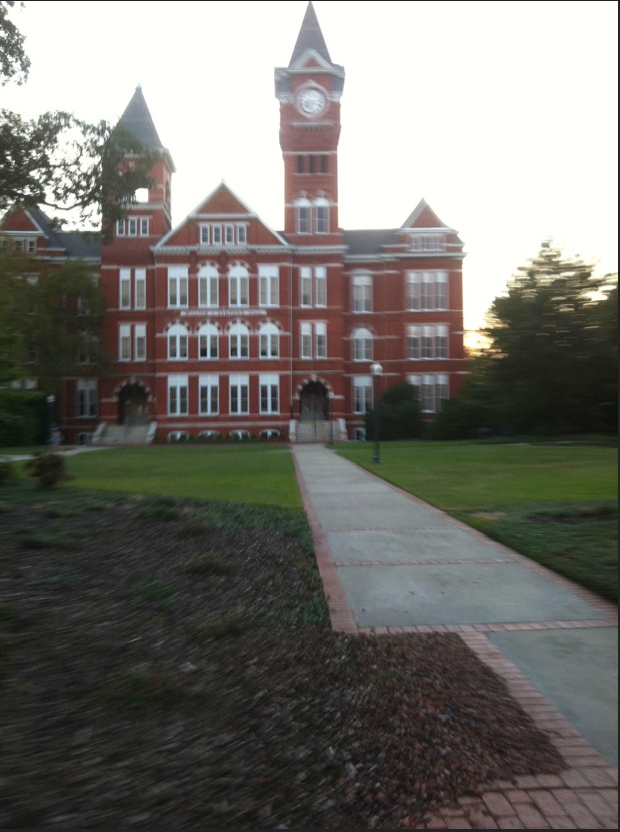 Obviously Auburn is a must on any itinerary planned by the whims of America’s soul (rumor has it there exists a lost Kerouac manuscript titled “On Thach Avenue”). Lambing was on The Plains last September and was actually interviewed by Eagle Eye Television. In the Reddit comment thread, “War Eagles” abound.

We’re happy to report that the only representation that “school” down the road receives in the gallery is a “Roll Tide” in the window of a sketchy gas station in Bellamy… seems about right.

Check out Lambing’s other photos here.

Do you never want TWER to yield? Do you have $5 a month?