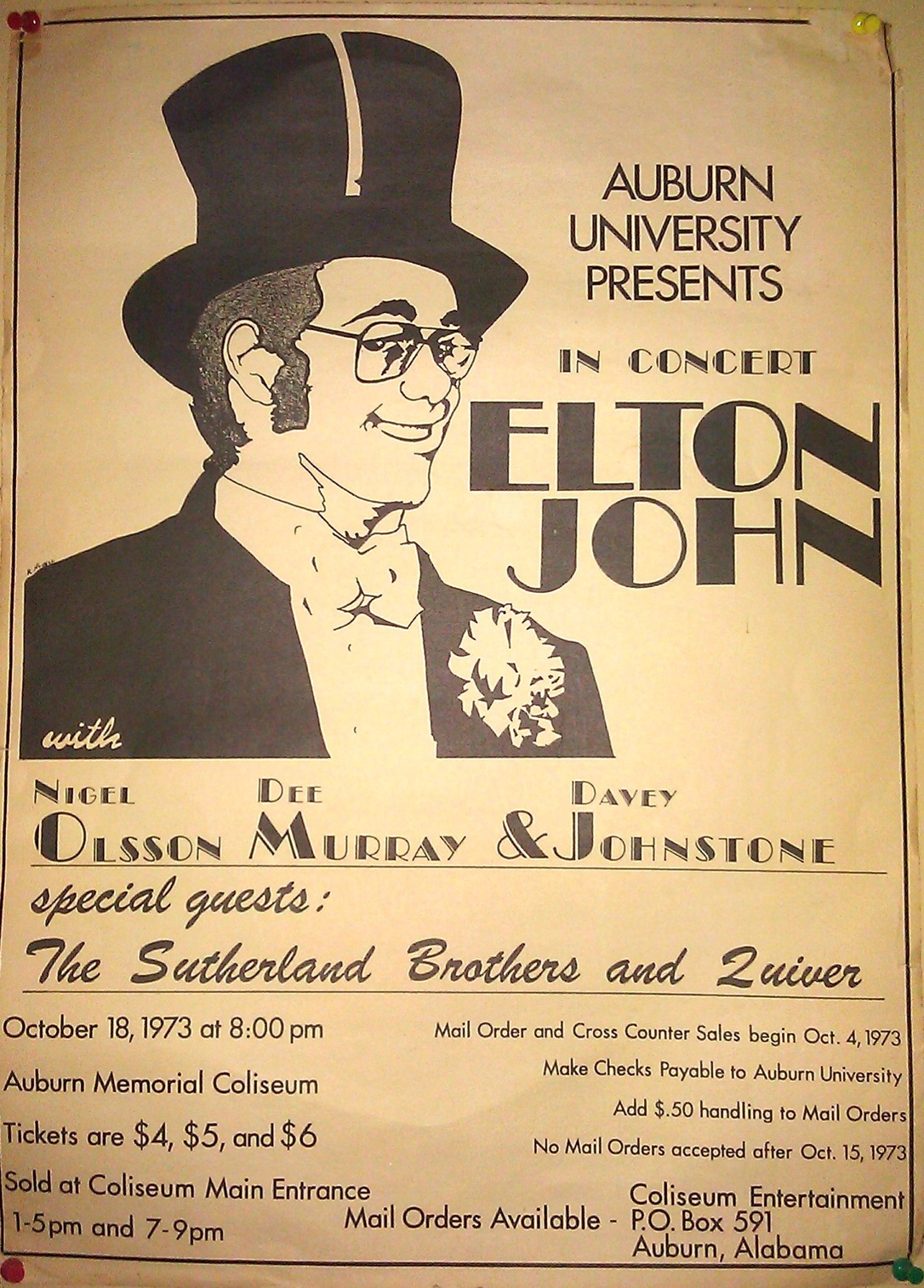 I’ve seen the photo 9 trillion times in the ’74 Glom—it’s hard not to. It stands out even among Elvis’ rhinestone jumpsuit and the cosmic dashikis of The Fifth Dimension: Full page, full color, stars and stripes satin tuxedo (with tails), flashing 70s-big sunglasses, attitude, Elton John.

It was the first major concert of the ’73-’74 school year and the 40th of his 43-show fall tour, and in terms of ticket sales and attendance it broke all kinds of Auburm records. The $30,000 in six days more than doubled the maximum gross potential of any concert, any entertainment event, ever held in the coliseum. People were standing in line for hours and buying 150 tickets at a time. The $6 tickets sold out in the first day. They decided to move the stage back to sell more.

By the time the Rocket Man arrived—he was late—8,500 people were clapping, chanting his name. He launched into “Elderberry Wine” with hardly a sound check. Smoke machines. Capes. Church bell sound effects. Rock ‘n’ roll. The Plainsman said the crowd responded by “excessively boogieing.” (Dean Foy’s “peace marshals” were on hand to make sure it didn’t get too excessive.)

And in the end, Elton was deemed the savior of Auburn entertainment.

“I had mixed emotions about the possibilities of Auburn becoming a center for big name entertainment or taking another step backwards in the concert scene,” wrote The Plainsman’s David Williams (because the acts from the previous year—Issac Hayes and Santana and The Supremes and The Temptations—apparently just sucked). “When Auburn bowed out as a focal point of rock music last year, the impression given was one of no return to the boogie music that is enjoyed by all.”

Elton and his two encores changed that (see: “excessively boogieing”). Williams ended his review of the concert with “Let us just say that Auburn saved face that evening. Elton John did kill’em.” 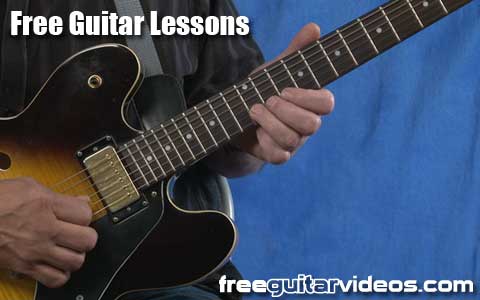 Related: Flyer for 1969 Rolling Stones concert in Auburn appraised for $5,000 on “Antiques Roadshow.”