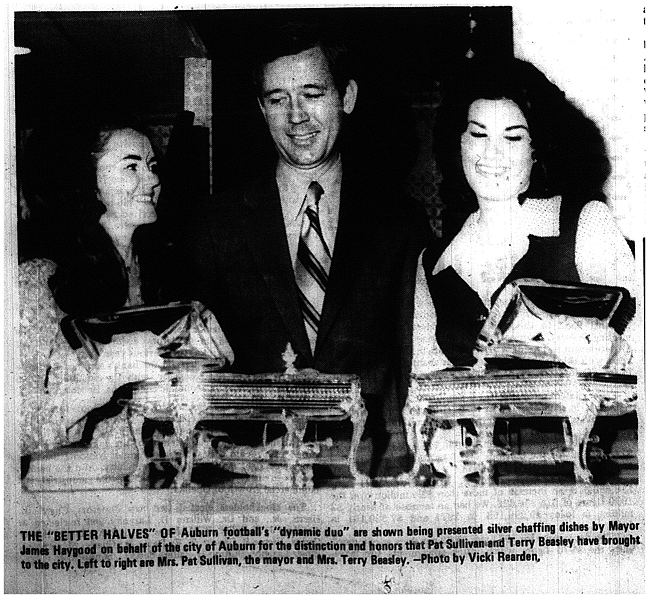 So appreciative was Auburn of No. 7 and No. 88–and we’re talking the City of Auburn here–in early 1972, Mayor James Haygood presented their wives with gifts “for the distinction and honors that Pat Sullivan and Terry Beasley have brought to the city.”

Throw for 2012 yards in a season, get a bronze trophy. Marry a 2012 yard passer, get a silver chaffing dish.