Cards and flowers were left and candles were lit at the corner of Dean Road and Samford Ave. tonight in honor of a hero.

Johnny Richmond, affectionately known as Mr. Penny by students at Dean Road Elementary School where he worked for 37 years as a custodian and crossing guard, suffered a self-inflicted gunshot wound Monday morning, according to Auburn police. News outlets have backed off earlier reports that Richmond later died from his injuries, and as of 9 p.m. Monday list him as being on life support.

The items left by current Dean Road students and their parents at the corner where Richmond walked children to and from school each day reflect the conflicting reports that continue to ping-pong between Auburn fans via Facebook and Twitter.

A few cards express wishes of recovery. But the message expressed by many is one of mourning. 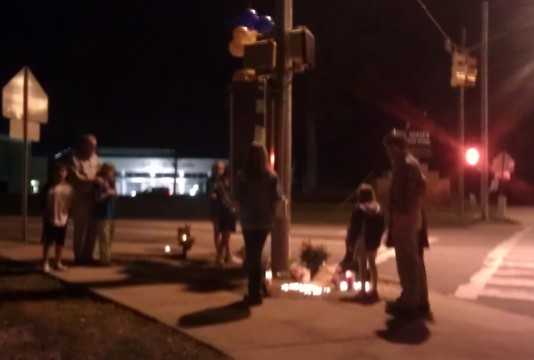 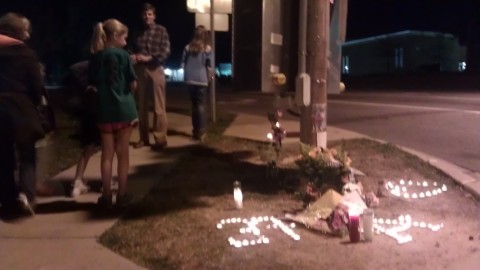 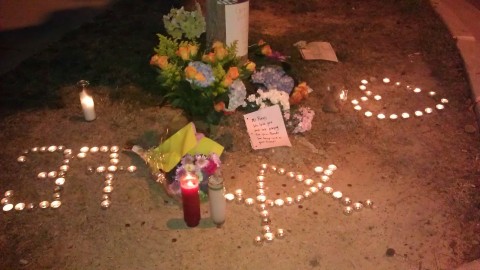 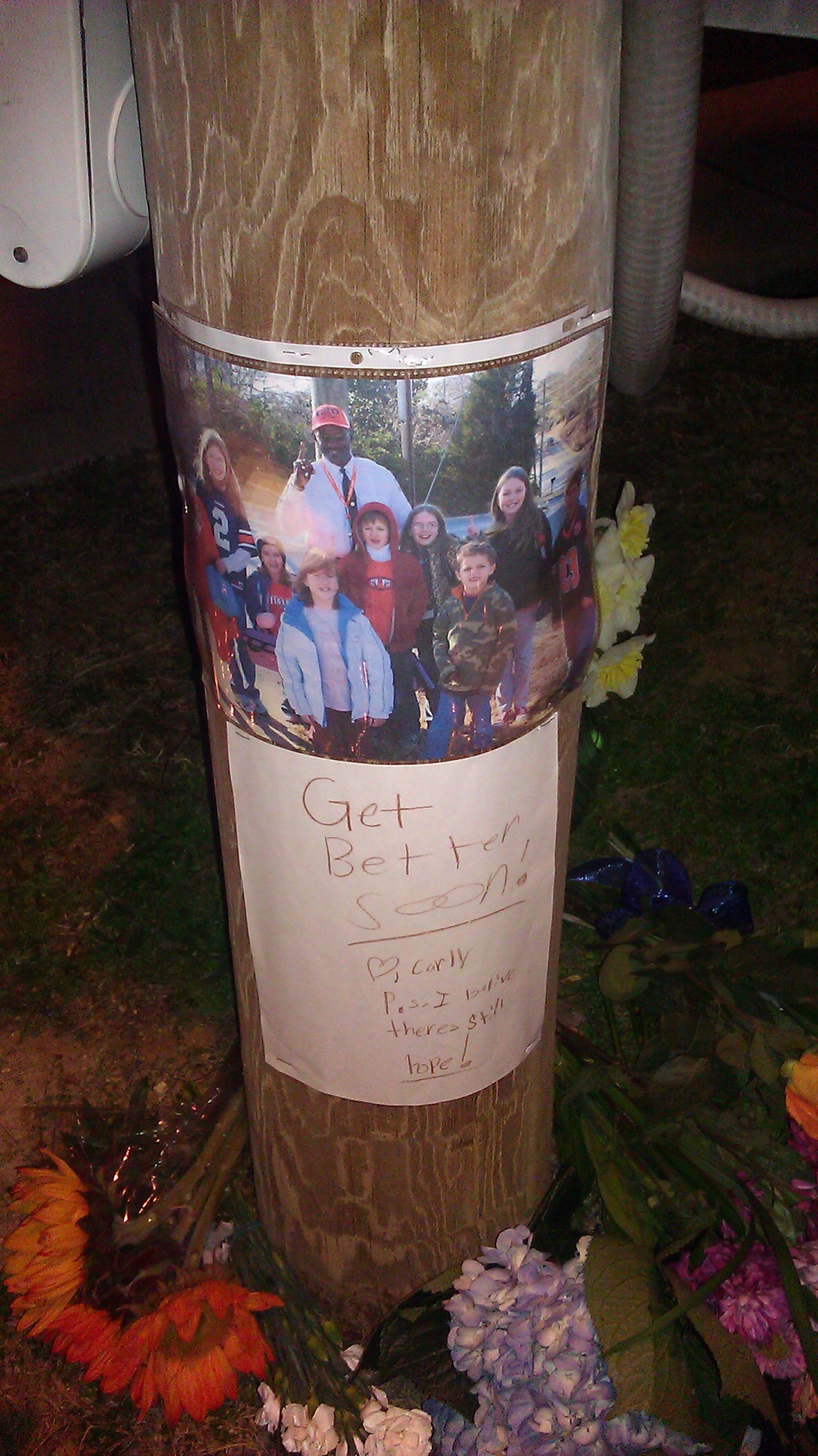 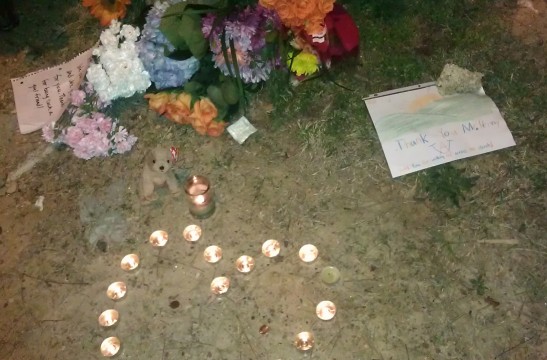 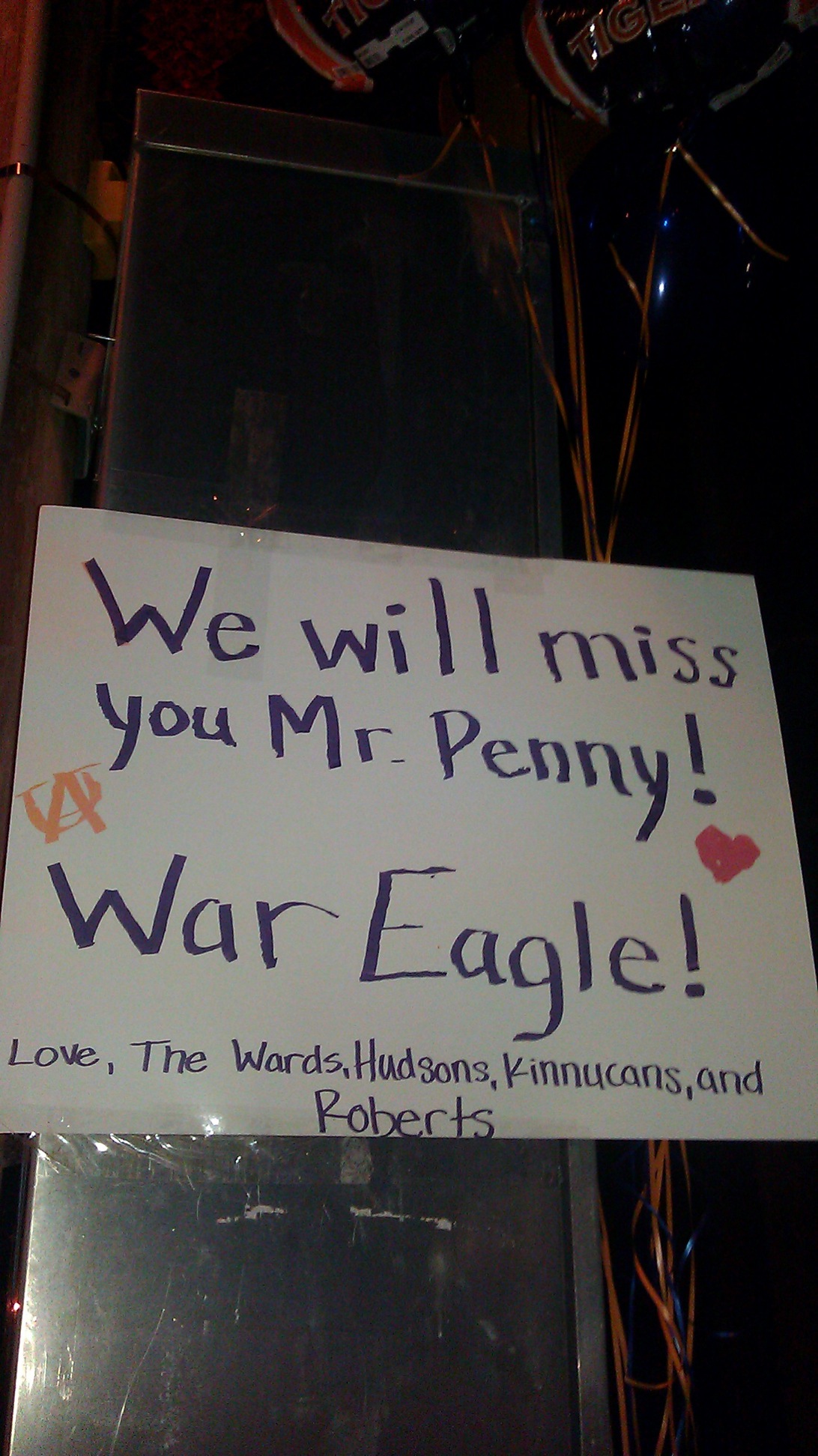 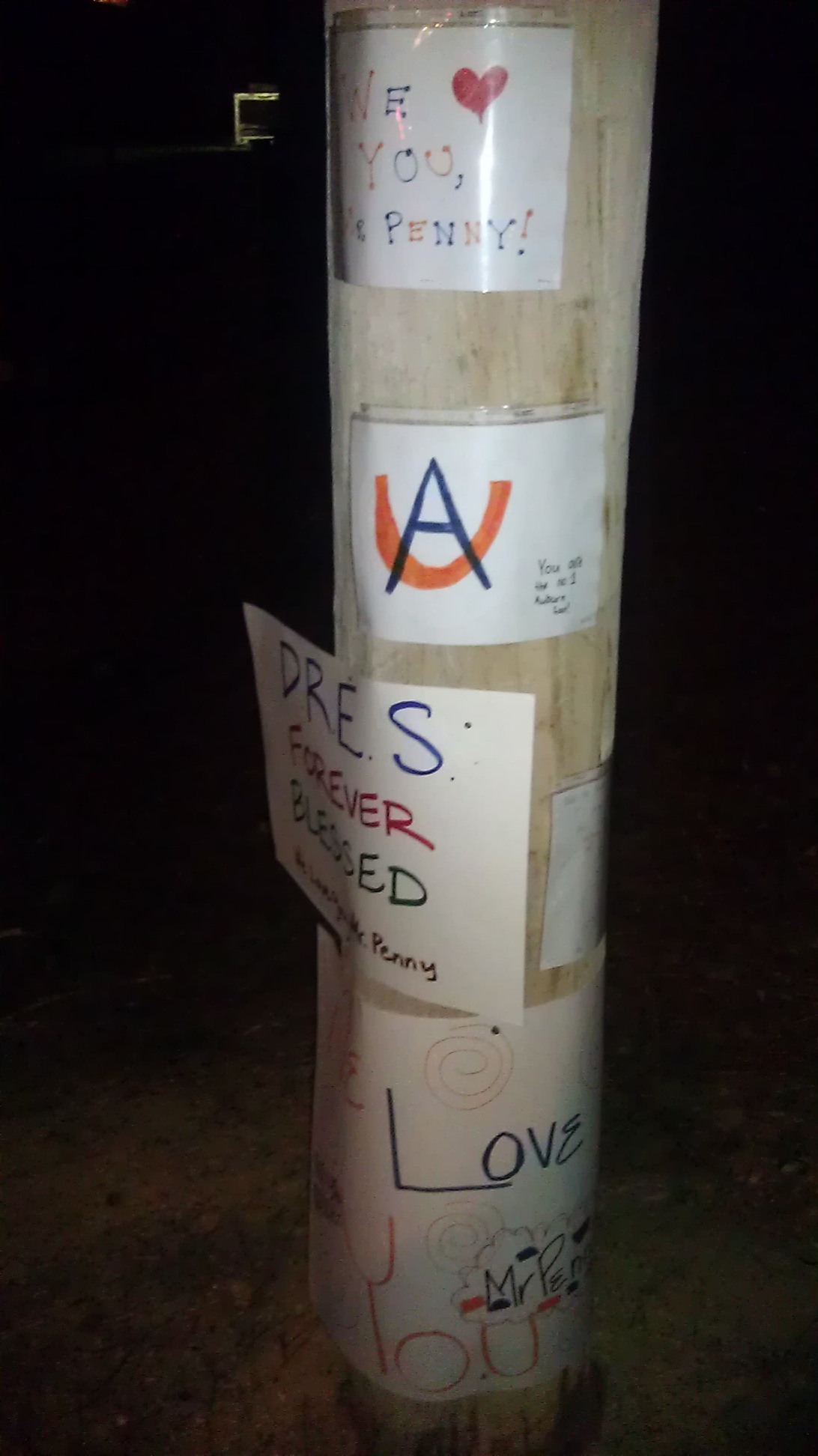 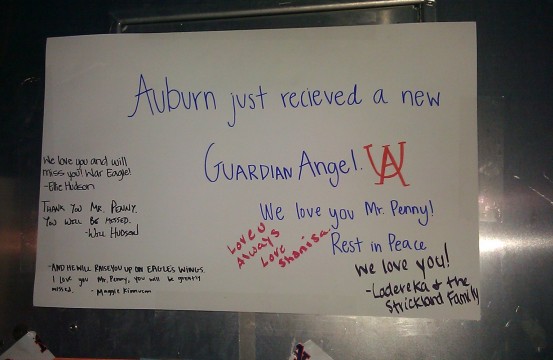 Richmond is famous for doing pushups—lots of pushups— at Auburn football games; he claims to have done 9,500 during the 14 games of Auburn’s national championship season.

In December 2010, parents of Dean Road students raised more than $9,000 to send Richmond on an all-expenses paid trip to see Auburn play Oregon in the 2010 BCS National Championship Game in Glendale, Ariz.

Click here for a video of Mr. Penny leading a pep rally at Dean Road before leaving for Glendale. And here’s our video interview with Mr. Penny—filmed while he was directing traffic—after he returned.