Auburn baseball was going to make history in 1986—the first college baseball team ever (I mean, I’m assuming) to take the field with the best player in college football. And if that year’s media guide is any indication, the program was expecting to ride Bo’s lightning to something close to record attendance. 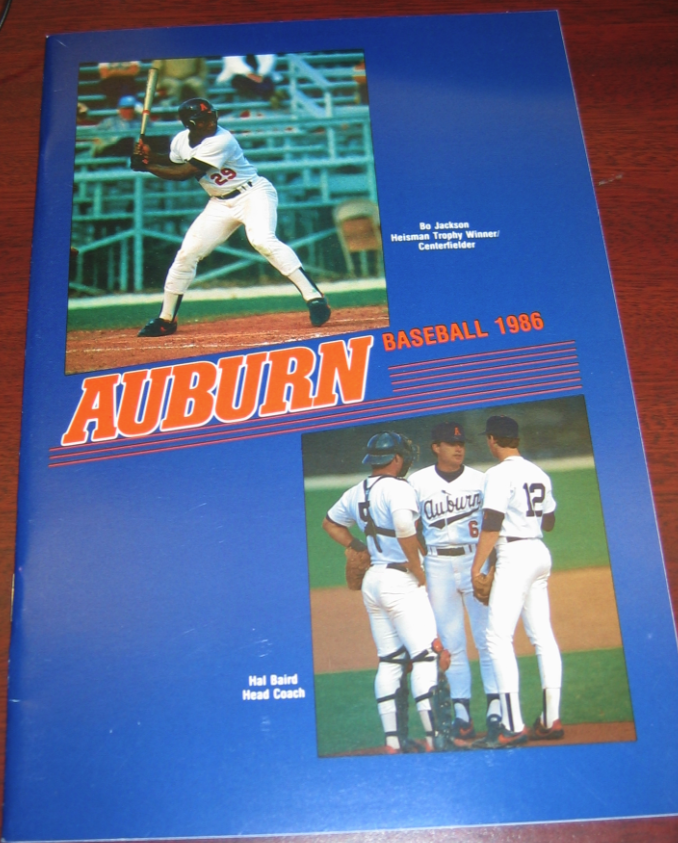 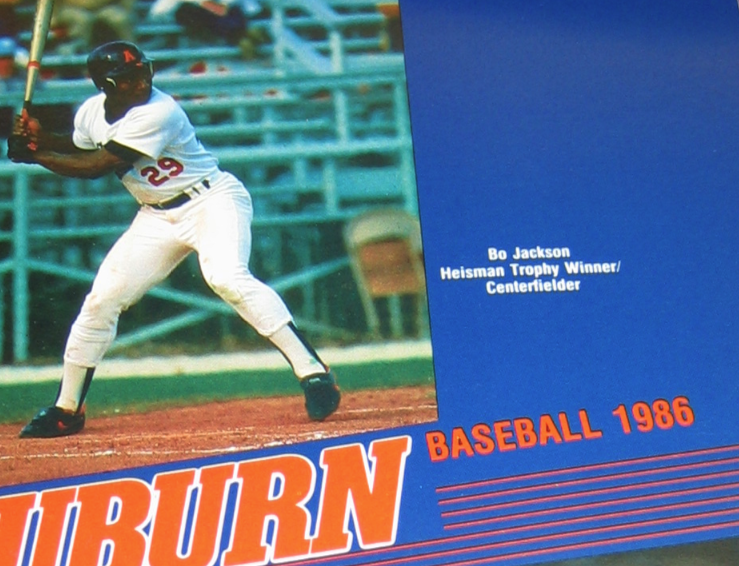 Bo batted .401 his junior year. He hit 43 RBIs in 42 games and had 17 homers, three of which came in a Natural-esque game at Foley Field in Athens that had even Georgia fans cheering. Sadly, tragically, his senior year was ruined by the Tampa Bay Bucs—or at least he blamed the Bucs, who had assured him that their “it’s just a physical” junket had been cleared with the NCAA. It hadn’t been. He was declared ineligible. And the Auburn dugout lost its Heisman winner.

Tampa Bay told him to stop crying and put on his shoulder pads. He wasn’t good enough to play professional baseball. In “Bo Knows Bo,” Jackson says he told his lawyers to tell the Buccaneers to “go f**k themselves.” Then the Heisman Trophy winner signed a contract with the Kansas City Royals.