Ed. note: When the most prolific and articulate Auburn blogger on the internet takes his talents to CBS Sports and his 9 to 5 to a new baby, it’s going to leave a void—not only for The War Eagle Reader, but for the Auburn internet entire. “Asked and Answered” is our new, quickfire attempt to fill it. At least a little bit. And if you send us questions to ask Jerry, the filling has a decent chance at being maybe kinda regular. Tonight we’re going to party like it’s 2009! 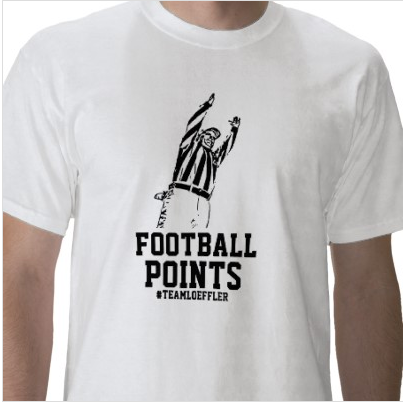 In what direction did you want Auburn’s offense to go after Gus Malzahn? Where is it likely headed with Scot Loeffler? (And does that Illinois fullback have anything to do with it?)

I’ll answer the second question first: yes, we’re getting something that Jay Prosch is going to feel at home in, that’s going to try to smash people up front and milk clock and make things easy on the defense, something most people would label “pro-style.”

I’m hopeful that Loeffler’s time spent under Urban Meyer means we might see some (effective) spread concepts tossed into the mix, a la what our old buddy Al Borges did for Denard Robinson and the rest of Michigan’s spread leftovers, but … well, look, we know why Loeffler was on the shortlist, right? Temple ran four times more often than they threw this past season, and they did a damn good job of it. Remember when Chizik said at his introductory press conference that his offensive philosophy was “200 years old”? He was able to ignore that philosophy as long as Malzahn’s was helping him get the job and winning games; in midseason 2011, we saw that once the wheels started coming off, that philosophy was back with a vengeance. I doubt Loeffler’s going to run anything quite as HULK SMASH as his lone year at Temple or Tubbyball at its Tubbiest, but between the Prosch transfer and Loeffler’s “protect the defense and special teams” presser quotes, it’s clear Chizik wants to give the Crimson Tides and Bayou Bengals a run for their smash-mouth money.

Full disclosure: this wasn’t what I wanted. I wanted a spread guy, specifically either Blake Anderson or — assuming our offer of a Malzahn-style giant pot of gold wouldn’t have been matched by the Ducks’ own giant pot of gold, a big if — Oregon’s Mark Helfrich. For two reasons:

1. The spread is the best fit for our current personnel. Our best quarterback prospect is a spread quarterback, Our running backs are spread running backs. (Two of them — Blakely and Grant — specifically abandoned their previous programs because they were spread running backs.) Our tight ends are spread tight ends. (Does anyone think putting Phillip Lutzenkirchen or C.J. Uzomah in a three-point stance and asking them to drive block some monster SEC defensive end seems like the best use of their talents?) Many of our wide receivers –including our best one — are, by nature, spread wide receivers.

That’s a lot of spread dudes for a pro-style guy to inherit. It hardly dooms such a guy to failure, but all things being equal, the less awkward the transition the better.

2. Unless Texas A&M and Missouri spawn some wild spreadvolution — best of luck, gents — the SEC is a pro-style league. Alabama, LSU, Georgia, Arkansas (though the Hogs are obviously more pass-happy), South Carolina, now Florida … not one of them run the offense Auburn ran under Malzahn, or anything remotely similar. There were certain recruits this hurt Auburn with, but there were also plenty — like Blake, like Frazier, like Mason — for who it was a major selling point. When trying to sell the program head-to-head against an Alabama, a Georgia, or a Florida, I liked that Auburn was selling something different than those guys were, and I liked that you couldn’t prepare for Auburn’s offense at the same time you prepared for the Tide or Dawgs or Gamecocks. It’s certainly possible for Auburn to beat Alabama at something like “its own game,” but me, I’d have rather just stuck to our own.

But the bottom line is that that’s all that is–personal preference. The important thing isn’t what system Loeffler runs, it’s that he knows how to run it. With the potential exception of quarterback, if Loeffler legitimately knows what he’s doing, Auburn will be productive no matter whether their personnel is “spread” or not. And where recruiting is concerned, system is always going to be secondary to selling Auburn, Auburn’s program, and Auburn’s coaches. As long as Loeffler is a good coach — and we all have plenty of reason to think he is — the systemic stuff will work itself out.

(A side note: I also wonder if Brian VanGorder would have bitten — or even glanced twice at the bait — knowing that his defense would have to deal with the issues that come playing opposite a Malzahn-type offense. The schematic shift isn’t just offensively, it’s team-wide–and if that was the price of hiring a coordinator on either side as outstanding VanGorder, Chizik’s decision wasn’t ever a decision at all.)

Chizik said in Loeffler’s introductory press conference that he doesn’t know what “spread” and “pro” mean anymore. Do they mean anything anymore?

My guess here is that Chizik was trying to avoid acknowledging the transitional growing pains that come with hiring a coordinator who’s planning on doing something exTREMEly different from what his last coordinator did (or, in 2011, tried to do). But of course they mean something–if you were watching the Fiesta Bowl and wanted to express the difference in Oklahoma State’s offense and Stanford’s in the simplest possible terms, what the hell esle would you use? And the last three years, Auburn’s offense has looked much more like the Cowboys; given Loeffler’s background, I’ll be stunned if in 2012 it doesn’t look more like the Cardinal’s. (This is not to say Loeffler’s got plans to go jumbo an entire game or anything; Coby Fleeners don’t grow on trees, or the Auburn depth chart.)

That’s not to say the terms aren’t deeply flawed; it’s odd to say that offenses as different as Alabama’s and Drew Brees’s New Orleans Saints are both pro-style, or that RichRod’s West Virginia option teams and Houston’s Case Keenum carnival are both spreads. But as different as they are, those Houston teams still have more in common with WVU’s glory teams in terms of personnel and philosophy than they do the Saints, Alabama more in common with Brees’s crew than RichRod’s. As clear, accurate, detailed terms, no, they don’t mean a lot. As functional shorthand? Or, put another way, as an easy way to express the transition Auburn will go through going from Malzahn to Loeffler? They’re fine.

Chizik is regularly praised for his knack for “great hires,” Brian VanGorder being the latest example. How much does VanGorder’s simply being “an NFL guy” play into the perception that he’s a “great hire?” Is Scot Loeffler a “great hire?”

VanGorder is a legitimate smash hire, one probably on par with Malzahn’s. But that’s for reasons that I don’t think had that much to do with his NFL employment or even NFL success; BVG coached some truly fantastic defenses at Georgia, one of which helped get the Dawgs within one ill-timed loss of a national title. Even in the David Greene heyday, Richt’s best teams were defined more by their D than their O, and VanGorder was the guy who was building those D’s. If 2009 and 2010 Auburn were teams constructed around Malzahn and what he could with an offense, 2012 and forward are going to be the same for VanGorder.

This is another reason I’m not sweating Loeffler’s hire, despite being opposed on a theoretical level; with BVG in the fold, the Auburn offense likely won’t have to set the world on fire to win games. Is he a “great hire”? He’s nowhere near proven enough as a play-caller for that, and there’s no way you’ll convince me Chizik wasn’t eyeing some NFL guy or another when Loeffler could have been brought on board weeks earlier. But given his age and resume, Chizik could have done far worse. It was still barely more than 12 months ago Auburn won a national title with Ted Roof as one of its coordinators–I’m pretty sure the Tigers haven’t ruled themselves out of another simply by hiring one of college football’s most respected up-and-coming offensive coaches.

Get your daily Jerry fix here. And your #teamloeffler shirt here. Send questions for Jerry to [email protected]