Here’s the day (technically after the day) that lives in infamy as it appears in the 1942 Glomerata. Click to enlarge. 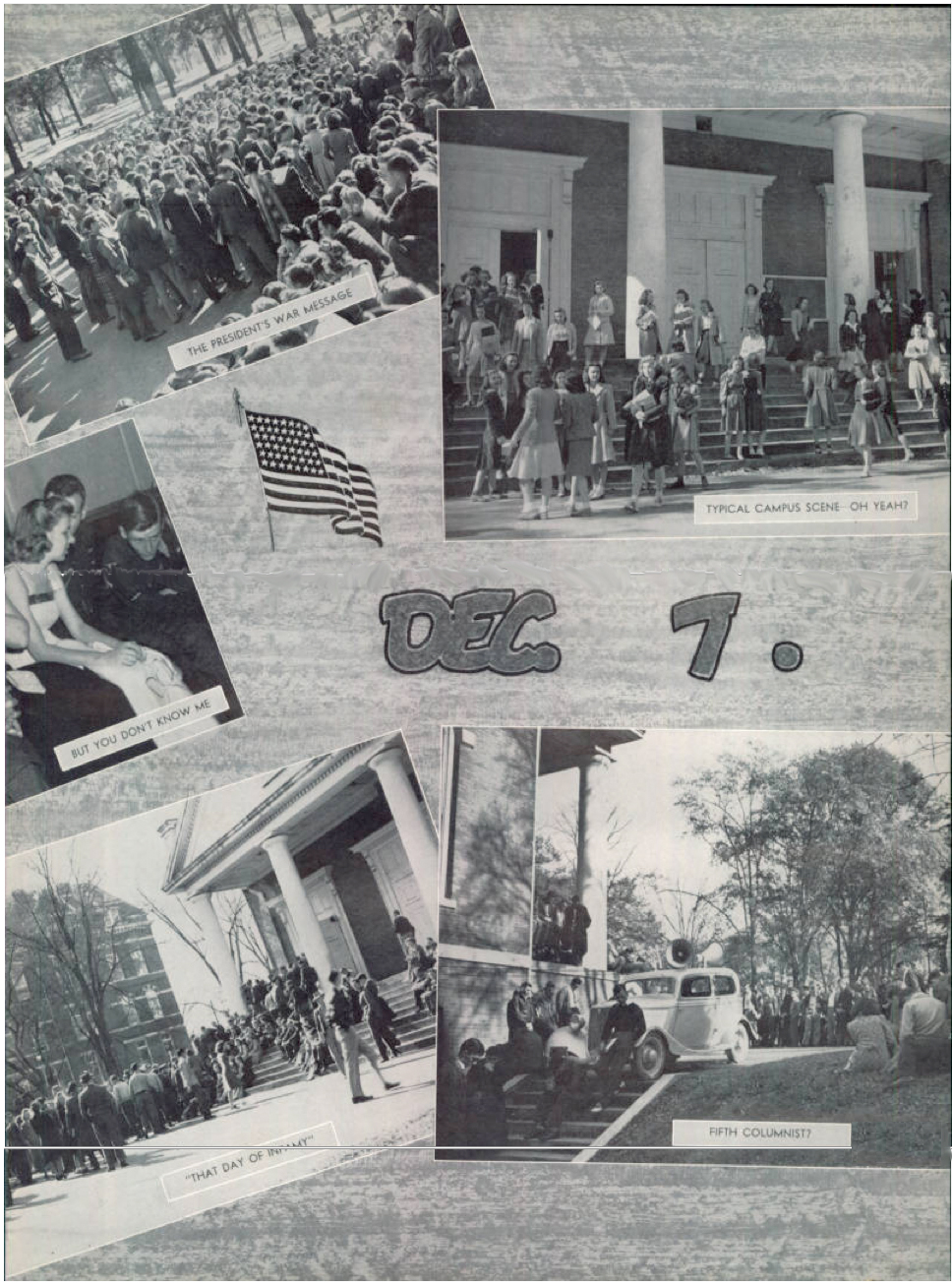 Though the gravity of the subject matter is obviously much heavier than that typically found in that era’s sophomoric Snapshots sections, even Pearl Harbor received if not a classic double entendre (there are tons of them, we’ve got a story in the works) than at least a few stabs at humor.

The famous photo of Auburn students listening to President Roosevelt’s war declaration via a loudspeaker truck was captioned: “Fifth Columnist?” Due to the wartime drop in male enrollment, a photo of coeds and nothing but coeds was labeled a “Typical Campus Scene,” and in the voice of the prospective male student followed by an “Oh Yeah?” And the caption beneath the shot of a couple at a dance (“But you don’t know me.”) got at least close to sexual innuendo by seemingly playing on the urgency related to what we’ll call physical companionship felt by Auburn men headed into the service.