And hey, that’s more than enough to serve as a timely excuse to post this delightful photo of the Harper Street Honeys and friends from 2003. 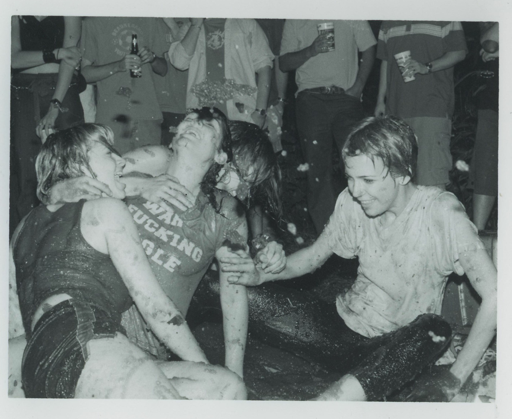 For while Auburn’s famous battle cry, too, has long been stuffed with an expletive for added emphasis, for some Auburn supporters—most recently Takeo Spikes—”Damn” just isn’t enough. And in the early 80s, those people had a T-shirt all their own, one passed on to future generations via thrift stores and direct parent-child hand-me-downs, one perfect for JELL-O wrestling.