It’s Georgia week. Our third installment of Foy Your Information is presented in full compliance with the decisions of the 1959 Better Relations Committee.

It was one of those double-take, slow-grin, moments that makes all the boxes of “Thank You” notes and budget approvals and form letters worth it.

In November 1959, David Cleghorn, editor of the University of Georgia’s student newspaper, wrote a column bemoaning (and challenging) the loose ban on calling Auburn students “turkey buzzards” (apparently a horrible insult people once hurled our way) at football games.

That year, a “Better Relations” committee comprised of students from Auburn, Georgia, and Georgia Tech determined that referring to Auburn as turkey buzzards, and to “the clean-cut young men of Bobby Dodd,” as Cleghorn called Georgia Tech players, as “Dirt Daubers” was in poor taste and should be avoided.

Cleghorn, however, was really into calling us turkey buzzards. Like, he really, really liked it. I won’t post the story here, but yeah, dude just loved saying “turkey buzzards”. And he encouraged the continued use of the term. And theorized that Auburn students who objected to it were just “bitter because they can’t make some kind of name out of Bulldog.”

But ol’ Dean Foy, in letter he sadly never sent to ol’ Cleggy, had a suggestion. 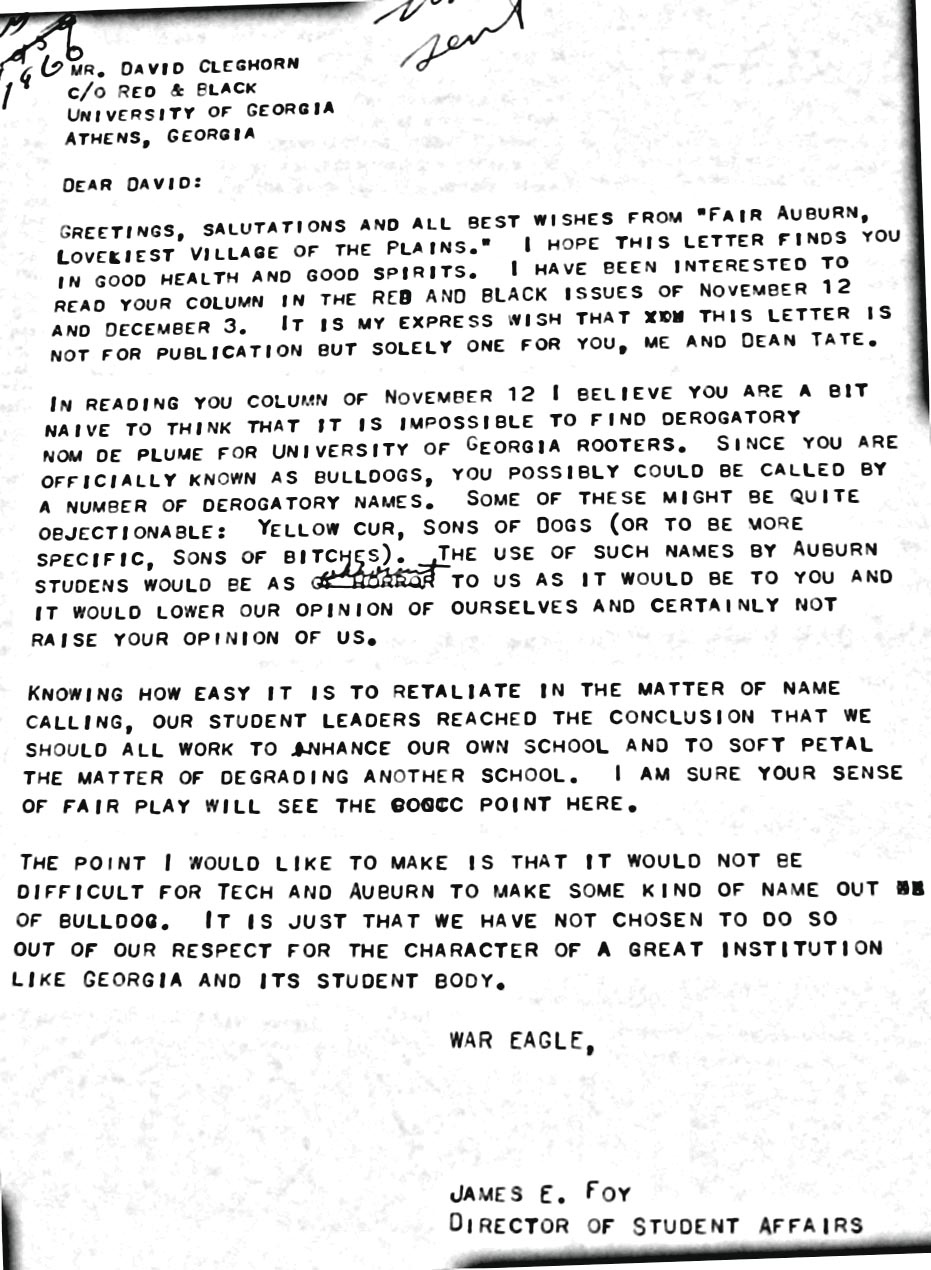